The far-right AfD party has been trying to exploit Russian-Germans feelings of neglect, nostalgia, and fear. They’re experiencing some success. 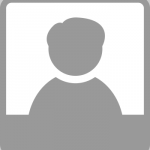 “We open the borders for migrants, but the doors to Germany are closed for ethnic Germans in crisis regions.” This critical statement on Germany’s recent immigration policy came from Waldemar Herdt, an MP for the Alternative für Deutschland (AfD) of Russian-German origins. His roots may seem unremarkable at first sight. But an examination of all factions in the Bundestag shows that the only two Russian-German representatives belong to the AfD. This specific party-political representation of Russian-Germans doesn’t appear to be a coincidence.

Since its foundation, the AfD has been successful in canvassing protest voters and above all former non and ideologically motivated swing voters with positions to the right of the Christian Democrats (CDU/CSU), a formation which stresses traditional values, German ethnicity and Christian religiosity. These positions appeal especially to Russian-Germans, who increasingly feel treated like second-class immigrants as Waldemar Herdts opening remark indicates.

Totaling 2.4 out of 6.3 million German voters, in 2015 the Russian-Germans communities were the largest voting group with an immigrant background. The voting behavior and support patterns of Russian-Germans deviate from other immigrant groups who “hold a strong preference for left-of-center parties.” Traditionally, Russian-Germans have identified with the CDU/CSU and parties of the center-right.

This allegiance stems from their strong Christian identity and firm (self-)identification with „Germanness“ as a result of their upbringing as an often marginalized minority group in the Soviet Union and of gratefulness for their repatriation. The allegiance to the CDU/CSU was intensified by chancellor Helmut Kohls pledge to welcome back Russian-Germans without any restrictions. Back in 2002, this close bond translated into data, showing that “73 per cent of all naturalized citizens from the former Soviet Union“ intended to vote for the CDU/CSU.

This special relationship came to a halt in later years when the Kohl government reverted from its “policy of unrestricted welcome“. With the new coalition between the Social Democrats (SPD) and the Greens (Die Grünen) Russian-Germans lost their once privileged legal status in the wake of a general citizenship reform in 2000. New policies disentangled ethnicity and citizenship and introduced more thorough language tests for every immigrant group – no exceptions made. The gradual alienation between Russian-Germans and center-right parties sped up with the “refugee crisis” in 2015. Russian-Germans began to articulate the sentiment that recent migrants were much more welcome than they had ever been – in short: they felt they were second class immigrants.

How the AfD tries to exploit Russian-Germans feelings of neglect, nostalgia and fear

Thus, Russian-Germans are a sizeable electoral group with traditional affiliations to conservative center-right parties harboring a strong Christian and German identity combined with rising levels of political dissatisfaction and fraternal relative deprivation. Unsurprisingly, the AfD has identified this (potential) target group and dedicated special efforts to address them directly. This becomes apparent by the AfD’s attempted appeal to the two identity bonds: on the one hand, their supposedly left-behind Russian identity and, on the other, their (self-)attributed “Germanness”. Both appeals fit the values of this ethnic community as well as the party’s ideology.

This is demonstrated by the introductory quote, in which MP Herdt demands a “preferential right to return” for Russian-Germans who still live in Commonwealth of Independent States (CIS) countries by limiting restrictions, and suggests waving mandatory language tests. To canvass Russian-Germans, in August 2018 the AfD Hamburg put up posters in Russian for a party event addressed to the Russian-German community: “Return without welcoming culture – an indictment” (Rückkehr ohne Willkommenskultur – eine Anklage).

Further proof for these pro-Russian (German) efforts can be found in the manifesto for the general election in 2017, which formulates the objective of a normalization of relations to Russia: “A relaxation in relations with Russia is a prerequisite for lasting peace in Europe for the AfD.” In addition to the fact that this program has been translated into Russian, the party network “Russian-Germans in the AfD” specifically targets Russian-Germans with bilingual election posters and social media campaigns.

In the most populous federal state of North Rhine-Westphalia, the AfD invites Russian-Germans by appealing to their conservative and Christian values:

“Out of gratitude to Helmut Kohl for the invitation to Germany, the Russian-Germans have faithfully chosen CDU for years. But the increasing street crime, the early sexualization of our children, the Ukraine crisis, Angela Merkel’s hard line towards Russia, an increasing distortion of facts in the German media and last but not least the asylum chaos has brought them fear for the future. […] The Russians Germans are currently looking for a party that represents their concerns and interests and stands for conservative and Christian values. […] With the ALTERNATIVE FOR GERMANY only one party fulfills these criteria…“

As another strategic mean to further sympathize with Russian-Germans, the AfD nominated six candidates with a Russian-German background whilst refusing to call them immigrants and emphasizing their ethnic German origins.

Do the AfDs overtures come to fruition?

Evidently, all such tactics have been successful. Nationwide election results indeed show constituencies with a large Russian-German population as AfD strongholds. For example, in Pforzheim, a 120,000 resident-city with high unemployment rates, the AfD candidate emerged victorious in the 2016 Baden-Wuerttemberg state elections. In Haidach – a borough of Pforzheim – referred to as “Little Moscow“, due to its largely Russian-German population, 44 per cent voted AfD The only empirical, representative study on Russian-German voting behavior (to the authors’ knowledge) shows that 15% of the Russian-Germans voted for the AfD, slightly more than the average of 12,6% of all voters. In comparison, the other Kremlin-friendly party, The Left (Die Linke), received 21% among Russian-Germans.

Regarding the motives as to why Russian-Germans voted for the AfD in the German general election of 2017, data reveals that “the link between group identity, political issue and candidate orientations, and the (traditionally high) support” of Russian-Germans for the CDU/CSU were determinants. A closer look shows that the AfD attracted a notable share of the Russian-German vote. Results show hardly any evidence of a declining group identity as a long-term factor, especially amongst younger Russian-Germans. As for short-term factors, there is little evidence for the importance of candidate orientations in regards to the voting decision. Yet policy orientations such as immigration and asylum policies have an even greater influence on their voting behavior. Especially the governments decisions during the refugee crisis to suspend the EU’s Dublin Regulation and process asylum applications from vast numbers of refugees in 2015 tested the Russian-Germans emotional loyalties to the CDU/CSU. Summing up, the AfD was not (yet) able to turn favorable values and identity directly into votes– i.e. targeting long-term factors – but the party was able to mobilize on short-term factors such as fears of alien immigration and feelings of nostalgia. Future studies will show if and how the AfD will be able to convert long-term factors (un)successfully.

In spite of advantageous contextual and demand-side factors that could strengthen the alliance between Russian-Germans and the AfD, the future sustainability of this alliance will highly depend on the containment of inner party conflicts. The AfD seems to be a suitable political alternative and the voter share is expected to be higher amongst Russian-Germans. Whether the policy-driven shift of support from the CDU/CSU to the AfD turns out to be a long-term re-alignment of allegiances remains to be seen.

Maximilian Kreter is a PhD candidate at Hannah Arendt Institute for Totalitarianism Studies and Doctoral Fellow at CARR. He currently works on the role of the ideology of right-wing extremism in Germanophone White-Power Music. Former research focused on extreme-right voting behaviour and hate crimes.