Why We Need More Extremism Experts In Courtrooms And Media

In a moment where far-right domestic extremism is the top terrorist threat, extremism experts are needed to bolster legal cases and improve media coverage. 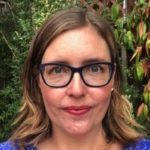 Sophie Bjork-James is an Assistant Professor at Vanderbilt University with over ten years of experience researching both the US-based Religious Right and the white nationalist movements. She is the author of The Divine Institution: White Evangelicalism’s Politics of the Family (2021) and the co-editor of Beyond Populism: Angry Politics and the Twilight of Neoliberalism (2020). Her work has been featured on the NBC Nightly News, NPR’s All Things Considered, BBC Radio 4’s Today, and The New York Times.

The United States faces a particularly acute problem regarding the threat of far-right domestic extremism. Despite “presenting the most persistent and lethal threat” to the United States—according to no less than the Department of Homeland Security—since 9/11 US intelligence has largely focused on monitoring the threats of foreign extremists. This has led to a lack of both intelligence and prevention measures against domestic right-wing extremism. Compounding this, the US press tends to downplay or even ignore the movement and media spaces that radicalize so many people into far-right extremism. The threats posed by this movement are often downplayed in media reporting.

One possible solution to this gap in both effective security and policing as well as lack of knowledge about domestic extremism is for more scholars of far-right movements to serve as expert witnesses in legal cases. By providing context about this broader movement, experts can assist attorneys in filling what is often a gap in knowledge from law enforcement. Particularly with regards to hate crimes, which are often affiliated with domestic extremism but largely go unreported and unprosecuted, expert witnesses may assist in providing crucial knowledge to support justice for victims. Serving as expert witnesses can also add to more accurate reporting of these cases through media interviews with the experts.

What is domestic extremism and why is it such a threat?

While intelligence agencies include both left-wing and right-wing groups in their definition of domestic extremism, right-wing groups are far more likely to engage in acts of terrorism and dispersed violence. The White House defines domestic terrorism as: “activities that involve acts dangerous to human life that are a violation of the criminal laws of the United States or of any State; appear to be intended to intimidate or coerce a civilian population, to influence the policy of a government by intimidation or coercion, or to affect the conduct of a government by mass destruction, assassination, or kidnapping; and occur primarily within the territorial jurisdiction of the United States.” Terrorism by default is a crime done for ideological purposes.

The two main branches of right-wing domestic extremism in the United States include anti-government groups that take aim at the US government—including much of the militia movement and newer groups like the boogaloo boys—and explicitly white nationalist groups that oppose multi-racial society and seek the establishment of an all-white state. What is shared across both of these branches of right-wing extremism is a desire to overthrow the US state and replace democratic values and practices with authoritarianism.

An active white supremacist movement has operated in the United States since the formation of the first KKK at the close of the Civil War. The movement has ebbed and flowed, morphed into new arenas, and expanded from an earlier emphasis on anti-Black racism into a current focus on antisemitism, anti-Islamic racism, anti-Black racism, and anti-immigrant sentiment. Between 2008 and 2017, 71% of extremist-related fatalities in the U.S. were committed by members of a white supremacist or far-right group. Far-right extremist violence is also a global problem.

The threat of domestic extremists goes far beyond lethal violence. The white nationalist movement, in particular, is affiliated with widespread harassment and hate crimes, some of which are violent but many of which are in the realm of harassment and intimidation. And, as I have written, hate crimes also face similar issues in terms of lack of accurate reporting and policing. Over half of all hate crimes in the US, even violent hate crimes, fail to get reported to the police. And of those hate crimes that are reported, few are prosecuted and even fewer result in a conviction.

This lack of reporting and prosecution around hate crimes is concerning. First, it leaves religious minorities, immigrants, and people of color vulnerable to attacks and harassment. But it also can ensure a maintenance of ignorance about domestic extremism in that patterns of harassment and violence may go undetected, even as they pose an increasing threat. There can also be a blurred line between a hate crime and a terrorist attack. If an individual is radicalized on white nationalist chat rooms and then commits a massacre targeting racial or religious minorities with the goal of starting a race war, then the violence can technically be defined as both a hate crime and an incidence of terrorism. While murders are thankfully fairly rare, white nationalists are also likely to engage in intimidation and harassment of targeted communities. Ignoring these crimes can lead to law enforcement failing to track the movements inspiring violence and harassment, further exacerbating the problem.

On media coverage of domestic extremism

Criminologists Vanja Zdjelar and Garth Davies found that when it came to incidents of domestic terrorism, even reporting in The New York Times and The Washington Post tended to downplay the role of ideology. Instead, journalists often depict “other reasons” that motivated violence, focusing on individual causes. This is part of a long trend in the media of being far more likely to use the term “terrorist” when the perpetrator is a Muslim.

What can expert witnesses do?

Expert witnesses are individuals with technical or scientific expertise that can be useful in understanding the evidence presented in a hearing. They provide important opinions and knowledge that is often useful to judges and juries in deciding civil and legal cases. This special category of testimony is based on providing factual data and not opinion, and before testifying experts have to be vetted, often before a judge. Experts are also often consulted by journalists covering these cases and can add both accurate details and nuance to coverage of these cases. While this won’t solve the problems associated with media coverage of domestic extremists groups, it can serve as an important corrective to misrepresenting domestic extremism in the media.

Social scientists first began serving as expert witnesses in any significant way in the US legal system during the Civil Rights movement. These experts provided evidence contradicting the logic used to justify segregationist policies, but also could demonstrate the psychological and social harm done to individual African Americans by such policies. Using such testimony was a key Civil Rights legal strategy, which proved successful.

In our current political moment, with the United States facing a white supremacist and broader anti-government movement that is correlated with widespread hate crimes and harassment, social scientist experts can play a similarly useful role in court cases. Scholars with expertise in far-right movements can provide context that is not widely reported on about these movements as well as fill gaps in knowledge that often are missing in police reports. Expert witnesses can be particularly useful regarding both criminal and civil hate crimes cases.

Using scholars of the right as expert witnesses will not solve the problem of domestic extremism and the violence this movement inspires, to do so will require expansive efforts in policy, advocacy, intelligence, and education. However, they can play a key role in a broader strategy of protecting targeted communities from the threats posed by this movement, seeking justice for the movement’s victims, and ideally helping to further educate the public and the media on the dangers of this growing threat.