In the LGBTQ-friendly rural-bordering suburb of Hillsborough, North Carolina, we see a microcosm of the growing influence of radical right extremism. 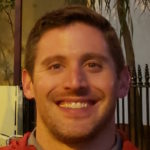 Masked Proud Boys stand at a protest in Raleigh, North Carolina in November 2020. (Anthony Crider, CC BY 2.0, via Wikimedia Commons)

Jason Luger, PhD is a Senior Lecturer in Human Geography at Northumbria University, Newcastle, UK, and a Senior Fellow at the Centre for the Analysis of the Radical Right. His research focuses on the relationship between politics, society, and urban space / place, linking online and offline behavior and geographic patterns and trends.

The American suburbs, where rural touches urban, are awkward meeting places of the radical-right and progressive communities. The widening political, cultural, and economic gap between urban and rural America has resulted in two distinct worlds that rarely come into physical contact with each other: a radical-right worldview centered on nationalism, hyper-patriotism, and rejection of social justice narratives, and a more progressive worldview oriented toward inclusion and equity.

However, suburbs like Hillsborough, NC are tense borderlands, where territory, ideology, and space are contested, and Proud Boys drink in bars draped with (LGBTQ) Pride Flags, threatening community cohesion and rupturing social fabric.

Here’s an excerpt from a letter written by a patron at the Hot Tin Roof bar in Hillsborough:

The Hot Tin Roof encourages Proud Boys, in full dress, to patronize their business and rub elbows with its largely young, diverse, gender-fluid, queer, and progressively open-minded clientele. Pride flags or Proud boys? You can’t have it both ways and expect downtown, or the local economy, to flourish. Terrorism or tourism? You make the call

The Coming-Together of ‘Red State’ and ‘Blue State’

Hillsborough, North Carolina, is not an obvious home for radical-right activity. It is a quiet, leafy town, about 10 miles from the cities of Durham and Chapel Hill. Known for its pre-Revolutionary-War homes, some which date to the 1750s, and its local community of writers, Hillsborough has long been a popular bedroom community in the fast-growing, highly-educated, Raleigh-Durham-Chapel Hill metropolitan area – a bastion of progressive politics in a relatively-conservative Southern state.

The region has also been an enclave of LGBTQ-justice. Carrboro, a town near Hillsborough, elected the first openly-gay mayor in North Carolina’s history, in 1995. In 2021, Hillsborough passed a sweeping set of LGBTQ protections. Pride flags are commonplace in local establishments, even found on the walls of a local hardcore gym, alongside the ‘Thin Blue’ and ‘Red Line’ Flags and the “Gadsden” (“Don’t Tread on Me”) Flag, common mainstream symbolic indications of radical-right ideology.

Some numbers from the 2020 presidential election: In Orange County, where Hillsborough is the county seat, the margin for President Joe Biden was 74% to Trump’s 23% (NC State Board of Elections). In the Town of Hillsborough’s limits, at a more granular level, the margin was as high as 86% for Biden, and no precinct was lower than 66% (NY Times Analysis, 2021). Neighboring Chapel Hill, home of the University of North Carolina, and Durham, home of Duke University, are overwhelmingly Democrat: Biden led in many precincts by over 90%.

However, Orange County is one of the borders between ‘Red-State’ and ‘Blue State’ North Carolina, and Hillsborough, in particular, is at the interface between the growing metropolitan area and the rural and semi-rural patchwork that characterizes much of North Carolina and the South. Rural electoral precincts in Orange County only a few miles away from town showed Trump margins well over 60%, and in bordering counties (like Alamance, to the West), Trump margins exceeded 80% in some areas. These patterns are not unique to North Carolina, and exemplify wider trends in American political geography, underway for decades but accelerated and widened in the Trump and post-Trump era, where progressive voters overwhelmingly cluster in (and around) larger cities, and right-leaning voters cluster in rural and semi-rural areas, including fast-growing exurban communities on the fringes of metropolitan areas (Whiton, 2021).

While ‘Red State’ and ‘Blue State’ voters may increasingly exist in separate geographical, political, social, cultural, media, and economic worlds, they nonetheless must share space and come together in certain places, for certain reasons and functions in daily life. Towns like Hillsborough, with one foot in a progressive, urban world, and another facing a more conservative, rural world, offer services, public spaces, amenities, recreational facilities, and experiences that cater to both urban and rural voters, thus making for some stark encounters, interactions, and jarring juxtapositions that may not happen in a city-center or a deep-rural village.

Proud Boys at the Bar; Pride Flags on the Wall

Not all rural voters, or conservative voters more broadly, can be classified as belonging to the radical right, or should be considered extremists (and the majority would likely not classify themselves as either radical or extreme). However, a subset of right-leaning voters do fall into that category, for example, those who are members of extremist groups like the Proud Boys.

The Proud Boys, categorized as a White Nationalist hate group by the Southern Poverty Law Center (SPLC), were established in 2016 by the Vice-Media co-founder Gavin McInnes. McInnes self-described the Proud Boys as “Western chauvinists” who reject political correctness and stand up for traditional patriotic values and masculinity, though he publicly disavowed linkages to racism the more extreme elements of the Alt-Right. However, McInnes distanced himself from the group in 2018 after the FBI classified it as a hate group.

Deeper analysis, such as from Dr. Julia DeCook – indicates that the Proud Boys’ public face is really a mainstream front, a gateway of sorts, masking more extreme ideology, hateful rhetoric, and potential violence. The Proud Boys were present at, and helped organize, for example, the “Unite the Right” rally in Charlottesville, Virginia, in 2017, and Proud Boy members were among the mob that stormed the United States Capitol in January 6, 2021. Aesthetically, the group is known for wearing  black Fred Perry polo shirts; in response, Fred Perry withdrew the shirts from its product line in 2020.

The Hot Tin Roof is a bar and live music venue in Hillsborough’s historic Downtown.

I was enraged and complained. Kim Tesoro, owner of Hot Tin Roof, told me, “Colin, calm down,” and I left.

In response, after local and regional press highlighted the incident, the Hot Tin Roof released the following statement, on their Facebook page:

We are deeply saddened by the allegations made by Mr. Dodd and we would like to take the opportunity to address it publically (sic).

Hot Tin Roof has enjoyed a long history of inclusivity and diversity with our clients which we have worked very hard to ensure as a reflection of our own beliefs and convictions. We absolutely do not endorse or support in any way any kind of racist behavior, not now and not ever.

Effective immediately, we are posting rules that absolutely prohibit anyone from wearing or bringing to our business any kind of insignia, emblems, etc. which represents any kind of hate group, including specifically the Proud Boys. Should any event like this happen again, staff will be trained to use the rules to have the person or persons removed from the premises immediately.

The Battle Lines are Drawn in the Suburbs: Proud Boys at the Gates

However, the patronage of the popular venue by the Proud Boys is not an isolated event. The Proud Boys have been visible in and around Hillsborough with some frequency in recent months. On September 24, 2021, Proud Boys members staged a rally outside of a county school board meeting, where they were protesting issues like Covid 19 vaccine and mask mandates, and a social-justice-oriented school curriculum. The rally prompted the Orange County School Board to pass a resolution condemning hate groups on campuses.

Proud Boys have been visible and vocal presences across North Carolina, staging a rally in Raleigh, the State Capital, in November 2020; and organizing several other rallies and protests around the state around issues like the removal of Confederate monuments and the public health responses to Covid 19. And North Carolina has been a hotbed of anti-government resistance and terrorism in recent decades, most recently exemplified by the arrest of Floyd Ray Roseberry, who claimed to have a pipe bomb in his pickup truck, parked outside the White House, on 20th August 2021.

The Hillsborough case is instructive because it represents what will likely continue to happen as the socio-demographic and partisan sorting process gathers apace, drawing like-minded people closer to other like-minded people, deeply fracturing the commonalities between urban, exurban, and rural communities. In places where urban and rural meet, tensions will play out across shared sites, spaces, and institutions, whether they be bars, schools, public spaces, or banal retail shops.

The tension and fissures between urban and rural is hardly new. In 1938, Louis Wirth, the urban sociologist, framed, perhaps condescendingly, the stark differences between the “primitive” rural and the “modern” urban, outlining a dense mosaic of social worlds with sometimes abrupt, jarring transitions between them. Places of meeting – especially public institutions like schools, were, to Wirth, “great levellers”, which catered to the needs of all, flattening differences and tensions.

A visit to Hillsborough in late 2021, at the tense border-zone between the rural and the city, between “Red” and “Blue”, indicates otherwise. School board meetings erupt into yelling matches and brawls; live-music venues where blues bands play classic tunes become sites of regional controversy.

In this war of attrition, communities will be the losers, as social fabric continues to fracture.

Jason Luger, PhD is a Senior Lecturer in Human Geography at Northumbria University, Newcastle, UK. His research focuses on the relationship between politics, society, and urban space / place, linking online and offline behavior and geographic patterns and trends.