Interview: Federico Finchelstein On The Modern Rise Of Fascism

Historian Federico Finchelstein discusses the elements of fascism, how it differs from real populism, why he thinks Trump is a wannabe fascist. 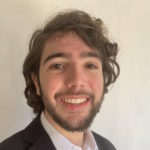 Federico Finchelstein is an Argentinian historian and professor at the New School for Social Research in New York. He became interested in fascism, populism, and the radical right from his early years, and since then he has written several books and articles. He has conceived concepts such as “transatlantic fascism” that reflect his past-into-present scholarship. His most recent book is “A Brief History of Fascist Lies” (University of California Press, 2020).

This interview has been lightly edited from a transcription with Prof. Finchelstein undertaken by CARR Research and Policy intern, Tomás Francisco Martínez.

How did you become interested in researching fascism and populism?

The answer can be divided in two ways that are interconnected to each other. I am from Argentina and I was born a little before the creation of the country’s most gruesome dictatorship. I lived the first decade of my life under that dictatorship, and during high school and university I grew up under a democracy that had been recently created. I tried to understand the origins and the reasons, the whys and the hows of the catastrophe. Understanding authoritarianism was a key issue for an entire generation of young people at the time.

On the other hand, I was always interested in history, and the history of the “bad guys” so this kind of societal concern was connected to my interest in history. The history of dictatorship, racism, and extremism, and my own context were intrinsically connected when I decided to become a historian.

How could you explain that present-day radical right populist parties have more fascist overtones?

I dedicated a big chunk of my life to study these issues. My early works were on fascism and trying to understand the dictatorship that we were just talking about. At one point in my research on the origins and development of fascism in Argentina, I encountered a major case of populism that is Peronism, in Argentina. And I saw that as a detour from the original fascist matrix. So that is how my trajectory connects to the answer.

On the other hand, the history that I was studying was not the exception to a more general trend, which takes place after 1945, when fascism was defeated. There were many attempts to somehow recreate and certainly reformulate the third way that fascism has represented; trying to be beyond socialism and liberalism, or liberal democracy and communism, but now in a very different context.

In this early Cold War period, there were fascists that tried to reformulate fascism in a democratic key. For example, that was the case of early populists, like Juan Domingo Perón in Argentina or Getúlio Vargas in Brazil. These people have been fascists, dictators, and basically realized that in order to be legitimated and gain power, they needed to abandon some key elements of fascism. Populism as a regime first emerges as a reformulation of fascism in a democratic key. That reformulation is clearly no longer fascism because there can be no fascism and democracy together, and what you have in early radical right populism is kind of a reformulation where you have authoritarianism and democracy together.

Now, let me be more direct. Fascism is many things, but there are four things that these populists would leave behind. Fascism is always dictatorship (there can be dictatorship without fascism but there is no fascism without dictatorship). Element number two would be violence and the militarization of politics, with politics conceived not only as a metaphorical word but as an actual word (which implies extreme forms of violence, understood as part of a military campaign). Violence and militarization of politics is central to fascists and these new populists left that behind.

Element number three is the politics of hatred, racism, antisemitism, and extreme demonization of the other (not only metaphorically but also practically, ending up in repression and elimination). This element is not that important in populism, but it was in fascism. The final element is a way of lying that is extreme and wants to turn reality into lies. Not only is it to deny reality but to change reality in order for it to conform to radical right propaganda. That is also a distinction between fascism and populism.

Populists lie like many other political traditions (socialism, conservatism, liberalism, communism), in the sense that they are lying when they lie, whereas the fascist live their lies. That is a way to first approach the question. What we see now are populists that are authoritarian but have been democratically elected, returning to some of these elements that earlier populists have left behind. This is a populism that is returning to fascism.

Could you explain your concept “fascism in motion”? How does this work with a generic ideology?

I am against ideal-typical definitions of fascism, which are static. As a historian, I am interested in providing some basic understandings like the previous four elements, to approach reality on the ground and to see how fascism changes over time. After studying different cases of fascism, I can tell these four elements were persistent dimensions of fascism. The other angle of my idea “fascism in motion” is to take a transnational angle.

I have addressed the previous question in two of my books, “From Fascism to Populism in History” and “A Brief History of Fascist Lies”, whereas I addressed this question in my third book “Transatlantic Fascism”. In short, fascism is not static in terms of change over time, as most historians will say, but also is not static in terms of being restricted to a few European cases. Fascism was a transnational ideology, constantly in motion in terms of reformulation relating to specific national traditions. Fascists were often visiting and influencing each other. We need a more global, less static understanding of fascism in history.

Another key aspect of fascism that you highlight in your work is the “leader – nation – people” trinity. Could you explain how this has been manifested in the Latin American context?

In this case, we see some continuity, because populism, like fascism, uses this kind of conflation between one person and two concepts. The leader is an actual person, whereas the other two are concepts. Fascism, in a way, gives this ascription of total legitimacy to the leader by basically fusing him to the people and the nation. This is predicated on the illegitimacy of dictatorship, allegedly based on the notion of popular sovereignty, but this notion is permanently circumscribed and reduced to the leader himself in fascist totalitarianism.

In populism, the panorama is more complex in the sense that it combines this dictatorial notion of popular sovereignty – the idea that a person can basically be fused and personify the people and the nation – with electoral procedures. There is this, almost mutually exclusive, dual understanding of the people. The people are identified with the leader, as in fascism, but then the people need to confirm by elections that this leader is the embodiment of the people and the nation. In this conflation, we find the most democratic – but also the most authoritarian – dimensions of populism.

Since the radical right is gaining more popularity worldwide, would you say there is a normalization of it?

Without a shadow of a doubt. Not only is this kind of more authoritarian understanding of the populist tradition going on, meaning that, as I said before, populists are returning to elements that historically were left behind: racism and politics of hatred and xenophobia, militarization of politics and political violence, lying like a fascist in quantitative and qualitative terms (Bolsonaro and Trump, for instance), and dictatorship. Regarding the latter, with Trump’s attempt of coup d’état on 6 January 2021, this element is confirmed. Therefore, I see Trump and Bolsonaro as wannabe fascists.

To what extent does a country like El Salvador have democracy after what happened there (the complete Presidential elimination of the autonomy of the judiciary recently). What we are seeing is not only the normalization of this type of populism that goes back to fascism, but sometimes the normalization and mainstreaming of fascist politics as well. We might recall this does not only happen in traditional populist parties, but also in conservative parties such as the PP (People’s Party) in Spain, where Isabel Díaz Ayuso won the elections in Madrid.

She has previously said, “When they call you a fascist you know you are doing it right”. There is an acceptance of this term that used to be toxic. Now, you can have a multi-ideological alliance between radical right populists and fascists. We can note this clearly in the Republican party, where there are many links with people that are properly fascists than populists. It is the same in Italy and many other places.

Looking ahead, how democracies could be saved from the radical-right threat?

This is really an important question. We can learn a lot from the history of anti-fascism. We know that when this mainstreaming was rejected, fascism was stopped. Attempts at coup d’état, violence, and racism were widely resisted and denounced, not only by people on the left but also in the center and right of the political spectrum. When functionaries, the military, and security forces side with the national laws and not with the wannabe fascist leader, democracy prevails.

When the opposite happened – a free press repressed and not allowed to inform – fascism was able to win. Recently, with the political theorist Nadia Urbinati I wrote an article about exit strategies to populism. There is a contrast between Europe and the United States. One possibility – which we think is a problematic one – insofar as it mainstreams populist arguments and does not do much, is what we see in countries like France with Macron. There, the response to populism is kind of technocratic, which minimizes active politics by arguing that experts should decide, and effectively rule the nation. Thus, it minimizes political participation in the name of anti-populism, and sometimes even adopts strategies that populists apply.

In a way, this strategy implies a denial of politics. In the US we are seeing an attempt to reformulate the place of politics, actively engaging politics with the idea of giving the state an important role in addressing issues of inequalities (reversing unequal taxation, fight poverty). I think that this could potentially be a more democratic exit strategy to populism. We have yet to see if this strategy is successful and whether it can convince voters to go against authoritarian proposals.

Tomás Francisco Martínez is an undergraduate student of International Relations at Tecnológico de Monterrey, in Monterrey, Mexico. He comes from Argentina and throughout his studies he has attained two diplomas: “Democracy, Popular Culture and Economy. Thoughts about Latin America from Mexico and Argentina” (Universidad Católica Argentina, Buenos Aires, 2018) and “International Relations from a Spanish Perspective” (Universidad Pontificia Comillas, Madrid, 2020). He is an intern at the Centre for Analysis of the Radical Right.