In 2021, US Democracy Survived An Assault. But Its Threats Grew.

Last year it became clear that although American democracy survived a crucial stress test, the radical right’s efforts to undermine it have only grown larger. 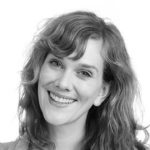 A gallows hangs near the United States Capitol during the January 6, 2021 Trump insurrection. (Tyler Merbler from USA/Creative Commons BY 2.0)

Chelsea Ebin is an Assistant Professor at Centre College, in Danville, Kentucky, where she teaches courses in public law and political theory. She is a co-founder of the Institute for Research on Male Supremacism. Her primary field of research is the Christian Right, and her work investigates the overlapping and intersecting production of Christian, white, and male supremacism.

The United States kicked off 2021 with an attempted coup that was accompanied by an insurrection at the Capitol. But the country’s democratic institutions prevailed and order was reinstated: the democratically elected president was seated, arrests were made, prosecutions and investigations have been undertaken. Congress returned to business as usual, with most legislation languishing in partisan gridlock. In short, the business of partisan polarization resumed and the country began to return to something approximating normalcy.

The nation still has its fair share of problems, of course. Covid has been a challenge. Hospitals continue to fill with unvaccinated patients and the threat of the latest Covid variant looms large. Schools continue to struggle with Covid related staffing and teacher burnout. Mask mandates remain a sore spot, and it would be nice if we could refrain from violence at school board meetings.

Speaking of racial injustice, the trial of Kyle Rittenhouse was a debacle. But the justice system isn’t wholly broken because the cop who murdered George Floyd was found guilty and the alt-right organizers of the Charlottesville protest were found liable for their actions.

America’s political institutions have passed the stress test. It is comforting to take shelter in the belief that, while the country was rocked by the pandemic and Trump presidency, the nation’s 234-year-old Constitution remained intact.

This is one way to assess the events of the past year. Here is another:

Republicans have doubled down on “alternative facts,” choosing willfully to disbelieve the science surrounding the novel coronavirus and vaccinations. Over a quarter of American adults believe in anti-vaxx conspiracies, and over half of Republicans report they believe ingesting an anti-parasitic medicine intended for livestock may be an effective treatment for Covid. Not only does this show a callous disregard for the lives of others; it shows a willingness on the part of Republicans to quite literally sacrifice themselves, their families, and their communities on behalf of a commitment to right-wing beliefs. That this totalizing commitment to ideology supersedes the desire to live may very well herald inauspicious things to come.

The manufactured outrage over critical race theory, in turn, doesn’t just reflect a refusal to reckon with the country’s past and present history of systemic racism and injustice. It is also representative of a fundamental rejection of liberalism and democratic governance. White supremacy is incompatible with the nation’s established values of equality and liberty; racial apartheid is opposed to democracy and self-governance. By rejecting the teaching and aims of racial justice, white conservatives are also signaling their rejection of democracy.

But education is only one of many arenas in which the battle over the country’s commitment to its political values and institutions is taking place. The anti-democratic agenda of the Right can be found in Republican-controlled state legislatures, where restrictive measures are being passed in record numbers. It is infusing local races for offices that administer elections. It informs redistricting plans in red states that will ensure gerrymandering secures Republican victories. And it permeates the Supreme Court, which has demonstrated hostility to the rights of individuals, whether they seek to have their vote counted or procure an abortion, while resurrecting a pre-civil war sympathy for the rights of states to shuck off the yoke of the Constitution.

America’s political institutions are breaking down. The nation’s 234-year-old Constitution constrains democracy more than it encourages it. The few arteries that exist for preserving and protecting democracy have been clogged by a steady diet of disinformation, illiberalism, and white supremacism, with a cocktail of court-packing and district gerrymandering doing irreparable damage along the side.

It is this latter version of the year in review that more accurately depicts the very real and present danger posed by the American Right. As 2021 draws to a close, two things are clear: American democracy is imperiled and the American Right had a very good year.

Chelsea Ebin is an Assistant Professor at Centre College, in Danville, Kentucky, where she teaches courses in public law and political theory. She is a co-founder of the Institute for Research on Male Supremacism. Her primary field of research is the Christian Right, and her work investigates the overlapping and intersecting production of Christian, white, and male supremacism.