Right-wing extremist groups are weaponizing imaginary fears about CRT in schools to push their agenda and radicalize more followers. 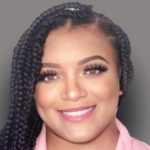 Kesa White is a Program Research Associate at PERIL. She holds a Bachelor of Arts in International Relations and a Master of Science degree in Terrorism and Homeland Security from American University. Her work focuses on white supremacy, extremism in online spaces, and de-radicalization with a focus on homeland security.

The role of education is vital to personal development because it provides the opportunity to learn new perspectives and skills that will be used throughout one’s lifetime. Recently, the education of younger generations has been an important topic of discussion which has caught the attention of far-right extremist groups and angry parents.

Critical Race Theory (CRT) is a framework of legal analysis that looks at American history through the lens of racism and its impacts on society. Far-right extremists, such as the Proud Boys, and parents have turned school board meetings into battlegrounds for people to voice their opinions and concerns surrounding CRT, mask mandates, vaccinations, and mental health. This all comes in spite of the fact that CRT is relegated to law schools and isn’t being taught in any of the K-12 public schools that parents are protesting. CRT has become a proxy for anger over traditional teachings of systemic racism.

A curriculum that includes any enhanced teaching of systemic racism, would mean that schools would be required to teach the implications of how systemic colonization and racism have shaped the United States. While this approach would educate students, the far-right opposes this because they believe these teachings are solely a mechanism to make white children feel guilty about their race.

Under the guise of Constitutionalism, protesters feel that they do not need to abide by the rules established by schools. The danger of allowing extremist spill-over into education is the potential for “red pilling” students as they would be considered the future generation of the white race that the far-right must secure a future for.

Far-right extremists have become interested in local-level politics because they believe the school system is spewing information that goes against their white nationalist and neo-Nazi ideologies, which is essentially why many parents and extremists are pushing school districts to remove teachings of systemic racism from schools while not forcing students to wear masks because “let them breathe.” In addition, the fascination with local-level politics has resulted in individuals present at the insurrection to run for school board positions.

While several school districts have strict rules on teaching CRT and masks, other communities struggle to keep the peace between school board members and parents. In communities where protests are happening and legislation is being discussed, CRT is not being implemented out of fear of retaliation. In light of new legislation, even traditional teachings of systemic racism are banned and teachers that choose to teach the concept face repercussions. While the extent of the academic retaliation is unclear, it is also based on credible fear especially because the Proud Boys are involved.

The Proud Boys and other extremists attend board meetings in their full uniforms, use vulgar language, and use hand signals as intimidation tactics. The Proud Boys’ attendance at meetings and protests is a part of a massive campaign to target as many schools as possible. In some instances, leaders or members of extremist organizations will put out a rallying call for other like-minded individuals to attend meetings, whether it is to voice their opinions or sit in the audience or outside a meeting location. With the Proud Boys being listed as a terrorist organization in Canada, their presence alone is enough to intimidate people from attending meetings.

The Proud Boys’ involvement in grassroots politics and youth education comes after they earned a bad reputation for their involvement in the insurrection. The group is a hate organization, but in many instances, mothers have called on the group to provide security during protests and spread the claims of CRT being anti-white. In addition, targeting schools across the country shows that everyone can get involved with the cause outside their local communities.

Teachers, students, and community members have gone into survival mode because of the levels of violence and extremist presence at schools. School board meetings are used for voicing concerns and asking questions, but the rhetoric parents are using is inciting violence and death threats. While everyone can utilize their First Amendment, the line is drawn when provoking violence and hate. To deter the presence of far-right extremists at schools, they have asked local law enforcement to attend meetings and the Biden Administration for assistance, but this has not stopped the protests or Proud Boys’ presence.

Specifically, parents and mothers have shied away from being considered members of the far-right and extremists, but they have created organizations focused on protecting their children’s education or are members of Ammon Bundy’s People’s Rights Network. The ideologies shared by “mama bears” and the “mama-militia” are loosely connected to far-right extremist ideas. The Turning Point USA’s “School Board Watchlist” provides the school location, name, and school board schedule for K-12 schools that they falsely claim are “indoctrinating” students with leftist propaganda.

Extremists benefit from getting involved in grassroots issues by increasing their efforts to clean up their image through helping the community and including women in male-dominated groups. Due to far-right extremists getting involved in local politics, they can recruit and radicalize community members because they make it appear as if they are fighting for the same cause and have parents’ trust. If extremist groups continue to attend school board meetings and protest in local communities, there may be an increase in more visible extremists.

Local law enforcement has the support of the Department of Justice for specialized training because the hate groups are mostly there for security and intimidation purposes which is not enough to make an arrest. School board meetings and education must be a safe space where concerns can be discussed without yelling, protests, and threats. Parents, teachers, and guardians should be aware of the signs of radicalization or an increased interest from students to prevent formally joining organizations or choosing to use violence.

The future of America’s education, masks, and other concerns will be a topic of conversation for years to come. Parents may accept masks as new variants of COVID-19 emerge. However, the future of systemic racism education remains unclear.

Kesa White is a Program Research Associate at PERIL. She holds a Bachelor of Arts in International Relations and a Master of Science degree in Terrorism and Homeland Security from American University. Her work focuses on white supremacy, extremism in online spaces, and de-radicalization with a focus on homeland security.