A coordinator of the UK's counter-extremism program shares insights on how to launch targeted, community-focused de-radicalization campaigns. 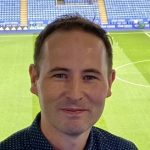 Crowd of Trump supporters marching on the US Capitol on 6 January 2021, ultimately leading to the building being breached and several deaths. (TapTheForwardAssist, CC BY-SA 4.0 via Wikimedia Commons)

Sean Arbuthnot is a Prevent Coordinator for the region of Leicester, Leicestershire and Rutland in the UK. He is also a Policy and Practitioner Fellow at the Centre for Analysis of the Radical Right (CARR.)

Recently I was grateful for the opportunity to participate in an online CARR panel that asked a very searching question, one that as a Prevent Coordinator I’ve asked myself many times before: When it comes to counter-narratives and prevention of extremism, who and where are the radical right communities that we should be engaging with?

Prevent is part of the UK government’s counter-terrorism strategy and it seeks to safeguard and support those vulnerable to radicalization in order to stop them from becoming terrorists or supporting terrorism. Having worked in this area since 2013, I have observed first-hand that the way in which we have engaged with communities has evolved considerably.

It may be tempting for casual observers to insist that our efforts to engage the radical right should focus on white, working-class communities but personally, I cringe at this notion. A cursory look at the most recent Prevent statistics may provide a useful starting point for where we should concentrate our engagement efforts.

1,387 individuals were referred to Prevent for concerns around right-wing radicalization in 2019-20. The majority of referrals were male (93%), aged under 20 (53%), and referred by the education sector (37%). Geographically, the majority of such referrals were located in the North East, North West, and West Midlands regions of the UK (see image.) It would therefore make sense that funding for community projects, outreach, and workshops is prioritized for these demographics and areas.

But of course, statistics can only tell us so much. Meaningful community isn’t an exact science and it can be difficult. Historically, my personal experience of engagement in the offline space was all too often associated with drinking lots of tea, having polite conversations with like-minded people, talking to the same individuals at the same events, and generally paying lip service to collaboration and emotive issues. I now appreciate that when it comes to effective engagement, we need to step out of our comfort zones, have difficult conversations, and focus on areas where vulnerabilities, threats and risks are highest. This will, of course, be different from place to place.

The Prevent Duty is sometimes, incorrectly, perceived to have a singular focus on Muslim communities. Yet it should go without saying that it is lazy to regard Muslims as one collective monolith. Similarly, it is equally lazy to equate the radical right solely with white, working-class communities. The term “radical right” is very broad and encompasses a wide range of views and ideologies from traditional right-wing conservatism to nationalist street-based movements to neo-Nazi white supremacism and any combination of things in-between. Therefore, my simple understanding is that our engagement with all communities, including the radical right, needs to be nuanced, sensitive, and focused.

So, how do we identify where to center our engagement with the radical right and how do we make it effective?

The first thing I would say is that engagement needs to be driven locally. It helps if credible, trusted practitioners have a deep understanding of the area, its main risks and vulnerabilities. Engagement needs to be targeted, based on local realities. In my role as Prevent Coordinator, I’m fortunate that my counterparts and I are responsible for formulating and shaping local strategies. When we consider our engagement, we listen to local voices from the voluntary and community sector and critical friends who can reflect on emerging risks and trends. It isn’t a top-down approach.

For example, listening to a credible civil society organization resulted in the development of one of Leicester’s most successful local outreach projects, Real Talk, which raises awareness of radical right extremism through augmented reality technology. It was the brainchild of a youth worker who identified a surge in local support for Tommy Robinson (real name Stephen Yaxley-Lennon) amongst a group of teenagers in a youth club during the aftermath of the 2017 Westminster Bridge attack. The workshop was therefore a response to a specific, neighborhood issue that had come to light amongst a particular cohort of young people who were potentially vulnerable.

Secondly, meaningful engagement needs to be targeted and specific. People are individuals and there is no set path of radicalization towards the radical right, or any type of extremism for that matter. Every case I have been involved with has been unique and oftentimes people’s grievances (whether real or perceived) are very personal. They may be inspired by any number of ideologies or narratives promoted by the radical right, which can result in something of a “Pick n’ Mix” ideology, unique to the individual.

So, when it comes to engagement it isn’t helpful to broadly speak in sweeping terms of focusing on youth, faith, schools etc. That’s not to say we shouldn’t engage with education but rather we should be sophisticated about prioritizing what schools we engage with and even what year group. It is helpful to consider questions such as, where is the school located? Have there been any racist incidents, community tensions, leaflets or stickering in the area etc?

Britain First held their 2019 annual conference in a district within Leicestershire and while that in itself isn’t an indication of a significant radical right presence in that locality, it did inspire us to focus local Prevent delivery in schools and youth settings in that specific area in order to raise awareness of local radical right activity and counter their harmful message. It also strengthened our resolve to reach out to public and community venues to provide advice around room bookings and visiting speaker policies.

It is important to look beyond the obvious and try and reach out to people who don’t feel like their voices are heard. We must be willing to have uncomfortable, often difficult conversations in order for engagement to be meaningful and effective. We have to listen to people and show courtesy and empathy even when the views we are seeking to challenge are profoundly disturbing.

I remember a Channel referral once told me, “I’m not a Nazi, but if everyone keeps calling me a Nazi, then I’m just gonna say all right, I’ll show you what a Nazi looks like.” Now, this is hardly a mature, sophisticated justification for his views and behavior, but it was his reality and in many ways, such a response is reflective of human nature. However, following Prevent support which included mentoring with a Home Office-approved intervention provider he was later able to acknowledge that the only people who listened to him and showed him respect were from Prevent and that is ultimately what pulled him away from violence and kept him out of prison.

Finally, effective partnership working and information sharing are vital in order to build up a well-rounded picture of the local context, threats, and emerging risks so that resources can be directed accordingly and a scattergun approach is avoided. This is particularly crucial at a time when resources and funding are scarcer than ever.

Working together with multi-agency professional partners in law enforcement, local government, health, and education, as well as community contacts and civil society organizations, can provide a useful barometer of local sentiment and help ensure that messages of reassurance and public safety respond to emerging threats and reach into local communities.

But challenges remain, particularly through the risks of online radicalization and the threat of potential lone actor actors inspired by the radical right.

It is fair to say that there has been an online dimension in the radicalization of the majority of current local Prevent referrals in recent months. In late-2020, I commissioned a local survey which unsurprisingly found that over 73% of young people admit to spending increased time online, particularly on social media, throughout the Covid pandemic. But how should practitioners target their engagement with communities in the online space in a responsible, ethical way?

This is especially difficult if individuals remain anonymous or access encrypted forums and private messaging apps. It would be naïve to think that the radical right doesn’t include professionals, paramedics, teachers, so-called “normal” people hiding their extreme right-wing ideologies in public. That means that many radical right “communities” can be hard to identify if they don’t adhere to stereotypes and aim to keep their ideologies hidden from public view.

The current threat of terror attacks in the UK, many of which can be unsophisticated and perpetrated by lone actors or self-initiated terrorists, is substantial. Many individuals who present as vulnerable to extremism and referred to Prevent don’t have clear, obvious links to a particular group or organization. Their grievances can be personal, their needs complex and they may follow a highly individualized path of radicalization. Whilst a significant amount of community engagement aims to support socially isolated, vulnerable young people, it is still difficult to identify and assess who is most at risk of crossing the threshold to terrorism.

The bottom line is that all communities are complex and not easily identifiable. When I reflect on this personally, I often struggle to define myself through the notion of “community”. How should I respond if asked what community I belong to? White? Irish? British? Liverpool fan? Am I part of the Prevent community?

So, the question of how to engage with radical right communities is a valid one and it can be a difficult, daunting endeavor, complicated by challenges presented by the online space and identifying potential lone actors. But I also believe that much effective, valuable work is being undertaken. If our approaches avoid stereotyping and stigmatizing, prioritize risks based on data and local knowledge, and promote difficult conversations, partnership working and information sharing, we will be well-placed to build resilience to radical right ideologies and keep communities safe.

Sean Arbuthnot is a Prevent Coordinator for the region of Leicester, Leicestershire and Rutland in the UK. He is also a Policy and Practitioner Fellow at the Centre for Analysis of the Radical Right (CARR.) Prior to this, as a police detective, he fulfilled a number of frontline, specialist and supervisory roles over a 12-year career. He has a Masters with Distinction in Conflict Resolution from Lancaster University.