‘Whack-A-Mole’: Far-right groups are finding ways to spread their ideology after being blocked on mainstream social media platforms. 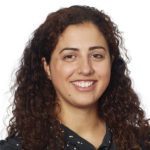 Jayda Fransen and Paul Goulding, leaders of the far-right group Britain First, at a rally in London on November 4, 2017. (Associated Press)

The old adage claims that as soon as something is removed from the internet, it pops up somewhere else. Britain First, founded in 2011, is an organization that describes themselves as a “patriotic political party and street movement” with “pro-British” principles. They claim that they aim to protect British and Christian morality and campaign against the spread of Islamism in the UK. The group most notoriously made headlines for being retweeted by President Trump back in November 2017, of which, the President later apologized for, after a heated backlash from the British politicians and media. On 14 March 2018, Facebook banned Britain First from its platform, reasoning that they had “repeatedly posted content designed to incite animosity and hatred against minority groups.” Sound familiar?

On, 8 April 2018, I (Nouri) published my first CARR ‘insights’ blog that argued that the removal of Britain First from Facebook was a step in the right direction but not a complete solution to the rise in popularity of such groups online. I argued that more work was needed to understand its popularity before another, similar, group emerged in its place, or indeed these groups found prominence on another social media platform. Less than three months later, it turns out these concerns were justified. Since their removal from Facebook, both leaders – Paul Golding and Jayda Fransen – have created Gab profiles. A platform at which other public figures associated with the radical right, including Tommy Robinson,  Milo Yiannopoulos, and Paul Joseph Watson, have also known to be users.

Gab was founded in August 2016 and has around 430,000 users at present. With the strap-line “The Free Speech Social Network,” they describe themselves as “an ad-free network dedicated to preserving individual liberty, the freedom of speech, and the free flow of information on the internet.” They are completely anti-censorship and state on their homepage that “Censorship and closed systems are ultimately about two things: destruction and control…the goal of censorship is to silence the storytellers, the truth seekers, the contrarians, the artists, those who question the status quo.” They strongly believe that the internet belongs to “The People,” that they are for “The People,” and that they are powered by “The People.” Finally, in an open letter to their community, they voice their anti-globalization stance – stating that “…globalization has never and will never work.”

The leaders of Britain First created Gab profiles around the same time they were banned from Twitter in December 2017. However, they didn’t create an official Britain First Gab page until May 2018, subsequent to their removal from Facebook a couple of months prior. In seven months since starting their Gab accounts, both leaders have managed to attain between 13,000-14,000 followers respectively and in two months the official Britain First page has attracted a little over one thousand followers. Our anecdotal observations of the activity and posts across the three pages are a mix of images, videos, group updates and news sharing. However, around a month ago the below messages were posted on the leaders’ profiles following their arrest in the UK. Both leaders Paul Golding and Deputy Leader Jayda Fransen were collectively convicted of four counts of hate crime and jailed for a combined period of 54 weeks. Their convictions related to the posting of videos on to their Facebook pages where they filmed themselves abusing innocent members of the public during a gang-rape trial for what the trial judge described as “their own political ends”. The message below, announcing the  inactivity of their accounts due to these arrests is likely to harm their ability to attract new Gab followers:

There will be no more posts on Paul’s account until he has overcome the inevitable licence conditions.

There will be no more posts on Jayda’s account until she is released from prison and has overcome the inevitable licence conditions.

Some key questions are worth pursuing when considering Britain First’s usage of Gab. The First question is: should we be as concerned about Britain First’s activity on Facebook? And the second is: do platforms like Gab have the potential to give Britain First a stage to gain popularity and influence wider public opinion on an appreciable scale?

Here is what we know already, and is worth noting. Of the three current Britain First pages on Gab (of the two leaders and the Britain First page) all three have been verified with a blue tick. The blue tick signifies that these accounts have been verified and means that these accounts have been verified by the platform provider as the official accounts of people, companies or (in this case) official members of Britain First. Gab’s verification policy states that verification is only currently available for “donors, investors, and Pro users” and that they do not have a standardized policy for verification, rather it is reviewed on a “case by case basis”. Much public controversy arose over the fact that Britain First had received these ticks on Twitter and Facebook and can, therefore, be seen as a bold move by Gab. However, this is not a great surprise as we already know that Gab isn’t playing by the same rules as the big social media companies. For example, they are quoted as saying: “Gab is a social network with a mission to empower individuals with the tools they need to create and shape their own experience. We believe human beings are born of reason, a free mind, and of sound cognition. We refuse to infantilize our users and treat them as juveniles like other social networking sites do.”

In 2016, Gab was banned from the Google Play Store for their lack of moderation.  As such, it is already clear that Gab is run differently. It relies on donations, selling Gab merchandise and charging for premium accounts, instead of charging for ads; to date, it has already crowdfunded over $1 million. Not running ads is a way for Gab to portray itself positively and set itself apart from the giant tech companies. Its homepage states: “Your data is not our product,” suggesting that unlike its competitors, it takes more care in protecting the privacy of users over revenue. This may help it to build trust and support with users in a way that the giant tech firms cannot.

So, why have Britain First decided to migrate and post on another open platform and why Gab? The obvious answer can be linked to the successes the group reaped on Facebook. By this time last year, Britain First had succeeded in receiving over 1.9 million likes and attracting 1.6 million followers on Facebook, thus making it by far Britain’s most popular political party on the platform. Their success was not one to be overlooked. They have now, however, lost these followers, due to their removal and ban, and Gab seems like a smart choice considering their removal from other sites. Gab seems more lenient than other platforms, with its ethos centered on promoting free-speech and privacy and fighting against censorship.

This raises some questions, though: could Britain First’s use of Gab really be as prolific as that of Facebook? We already know that Gab has fewer users and is less established so there is a much smaller pool of potential followers. Would their social media strategy therefore work? Would their simple ‘like’ and ‘share’ strategy with Facebook posts such as “share if you love England” or “like if you are against animal cruelty” really achieve the same effect?

These are just some of the unanswered questions and issues that are worth exploring. One thing for sure is that we need to pay much more attention to these emerging social media dwarfs. We need to know how these platforms evolve, how they manage their accounts and most importantly with the study of extremism and the radical right – how these are being exploited.

Dr Lella Nouri is a Senior Lecturer of Criminology at Swansea University, specializing in terrorists’ use of the internet. Lella’s background is interdisciplinary in nature; she studied for her PhD in Politics and her MA in International Relations. Currently, she is leading an interdisciplinary team examining radical right groups’ usage and influence on popular social media sites. Lella is also part of Swansea University’s multidisciplinary Cyberterrorism Project (www.cyberterrorism-project.org). Lella is the holder of a UK-US Fulbright Commission Cybersecurity Scholar Award spending six months at the Orfalea Center for Global and International Studies at the University of California, Santa Barbara.