Bolsonaro And Modi Are At A COVID Crossroads

Alexander Reid Ross does a data-driven deep dive into the demographics of Brazil and India to analyze their appeal, and chances of re-election. 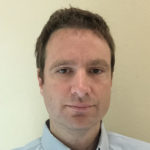 In May 2014, Narendra Modi led the ethno-nationalist BJP to sweeping victories in India’s General Election, becoming Prime Minister of India and overseeing a majority in the Lok Sabha, India’s lower parliament. Modi’s victory signaled a large shift in an international economic bloc known as the BRICS for its constituent countries—Brazil, Russia, India, China, South Africa—and was followed successively by a number of international upsets that marked a sea change from the Washington Consensus that had reigned since the collapse of the Soviet Union.

The UK opted out of the European Union, the US elected Trump on an America First nationalist platform, and Jair Bolsonaro beat the long-ruling center-left to become President of Brazil. With the UK and the US delinking from, and thus destabilizing, the liberal international order, Russia and China seemed poised to lead a hegemonic “multipolar world” comprised of authoritarian, illiberal states with their own spheres of influence. Yet, five years since Bolsonaro’s election, this trend seems far from secure, as polls indicate a faltering mandate and insecure grasp on power.

This article uses a quantitative approach to ascertaining why Bolsonaro’s power seems to be waning, which may bear ominous portent for Modi—and serious implications for the future of international relations.

Bolsonaro and Modi relied on two key phenomena to gain power: socio-economic development and ethno-nationalist authoritarianism. While these two bases could be coupled, they also exist independently of one another. When COVID-19 struck both Brazil and India, causing ferocious devastation, the socio-economic promise of far-right populism went unfulfilled, making the ethno-nationalist support extremely important.

A well-known Hindu nationalist, Modi rose to prominence in the province of Gujarat for his harsh approach to local Muslims and a reputation for emphasizing economic development over the interests of the poor.  Earning the nickname, “The Butcher of Gujarat,” from his party’s participation in an ethnic pogrom against Muslims in 2002 that cost the lives of 790 Muslims, Modi promoted himself as a broad-chested strongman with the power to set to rights an India adrift in moral scandal and corruption.

Bolsonaro similarly gained traction as a strongman with a populist bent determined to crack down on Brazil’s decaying moral structure. Nostalgic for Brazil’s military dictatorships and the geopolitical concepts to which it aspired, Bolsonaro approached the US as Brazil’s traditional ally, while also seeking favor with Russia as an ideological friend. He promised Brazilians in the cities reprieve from spiraling crime rates and economic development rates that would elevate them to middle-class status, while assuring ranchers and loggers in the Amazon wide berth to generate income without the imposition of ecological restrictions.

In both cases, Modi and Bolsonaro represented a potent uncoupling from the prior, more left-leaning administrations, and a shift toward an emphasis on the expansion of a middle class lifestyle for more people. Both also lodged this guarantee in religious piety, although in different ways. Modi drew on the historical base of Hindu nationalism for his electorate, while Bolsonaro actually expanded the traditionally Catholic support of the Brazilian right into the growing Protestant movement supported by US right-wing evangelicals.

According to statistical analysis, this difference may have contributed to the relative weakness of Bolsonaro’s hold on power, as development indices dropped due to COVID-19 and the strongmen were forced to lean on their ethno-nationalist, rather than socio-economic, base of support.

Modi: An Ethno-Nationalist Support Base

Analyzing the ethnic and economic composition of India’s states as they pertain to the 17th Lok Sabha elections in 2019 offers insight into the support base for BJP and Modi in India.

Firstly, the ethnic composition of Indian states reveals an immediate problem of bias that virtually guarantees power to ethno-nationalist parties if the electorate decides to vote along ethnic lines. A logarithmic trend in the ratio of population to ethnic composition shows that the larger a state’s population is, the higher the percentage of Hindus. While this may offer some more local representation to Muslims in smaller states, it reveals a high degree of spacio-political ethnic separation.

Looking further at the relationship between the percentage of Hindus in a state and the percentage of seats obtained by the BJP further illustrates how this ethnic composition influences the support for Hindu nationalism. According to a linear model, Hindu ethnic composition thus explains 27% of the BJP’s support. While this does not go all the way to describing BJP support, it is highly indicative of an essential trend.

Data on BJP seats from Wikipedia, “Results of the 2019 Indian general election”

At the same time, the percentage of Hindus in a state does not adequately predict the Human Development Index. In fact, one of the poorest states in India in terms of HDI, Madhya Pradesh, also has one of the highest percentages of Hindus and voted the BJP into 97% of its seats. Meanwhile, HDI and the percent of Muslims seems to positively correlate only because of the inclusion of majority-Muslim archipelago, Lakshadweep, an idyllic tourist attraction with high literacy and low poverty. Thus, neither the Hindu nor Muslim population offers a clear and substantial indication of HDI patterns (note that trendlines simply indicate trends or lack thereof, not model significance).

Lastly, an analysis of HDI influence on the percentage of BJP seats indicates that the BJP vote does not positively correlate with HDI. So, while Modi’s discourse on economic growth and development may play with Hindu voters to a degree, the development of a state does not indicate its willingness to support Modi. In fact, to the contrary. It appears that supporters vote for the BJP as an ethno-nationalist party, rather than the party of economic development, per se.

While Modi’s electorate paints a fairly stark portrait of an ethno-nationalist party, generally speaking, Bolsonaro’s own support base draws from the newer advent of Protestant evangelicals, which perhaps indicates more vulnerability. Unlike India’s 35 states, Brazil’s 28 states fall just below the threshold for a fully robust regression analysis, but we can still derive interesting exploratory findings from spatial clustering in a Spatial Durbin linear model.

On a municipal scale, some 42% of Bolsonaro’s electoral support could be explained by the age, rural status, and percentage of non-white voters in the municipality. However, these results are somewhat misleading when one considers that Bolsonaro won sprawling urban areas around Sao Paolo and Rio de Janeiro, while also taking massive areas throughout the Amazonian states. For deeper explanations, then, it is interesting to look at the larger, state scale.

With an eye on the states of Brazil that voted for Bolsonaro in 2018, we can detect a clear trend between the HDI and the percent of people in the state who identify with Protestantism. In the graph below, the lighter dots represent higher HDI, while the y-axis represents Bolsonaro’s margin of victory or defeat. The clear correlation between Protestantism, HDI, and Bolsonaro support explains more than 60% of Bolsonaro’s vote, according to an Ordinary Least Squares model (p < 0.01).

Demographic and religious data from 2010 Brazilian Census, HDI data from PNUD (accessed in 2019)

As the states voting for Bolsonaro are clustered, applying a spatial lens to the model in order to add the influence of neighboring states on the larger pattern only increases its accuracy and efficiency. Bolsonaro’s vote, it would appear, also negatively correlates with the percentage of non-white population in a state, while striking a kind of balance between area planted and percent rural. Given these added variables and a spatial dimension, the model’s explanatory power increases to above 80% (See map of residuals below).

These findings indicate that, rather than strict ethno-nationalism, support for Bolsonaro’s Social Liberal Party (PSL) rests on a composite of factors, including economic development in urban areas, rescinding of environmental protections against extraction, racism, and a burgeoning Protestant movement linked to the middle classes. It is perhaps for this reason that Bolsonaro’s coalition has broken down amid widespread perception of the failure of his administration to combat COVID-19.

Modi and Bolsonaro rose to prominence as the new heads in the BRICS’s multipolar bloc. However, their similar far-right populism obscured deeper, complex differences in their electoral coalitions that have been brought to bear by COVID-19. As a result, it appears Modi seems more confident about the viral challenge, while Bolsonaro’s re-election remains anything but secured.

Of course, other explanations exist as well. Bolsonaro has been challenged by a court’s vindication of former left-wing President Lula, which adds a popular contestant to the electoral drama who many believed would have beaten Bolsonaro in 2018. As well, resurgent gang warfare in Brazil, along with paramilitary squads linked to the far right, have arguably been fueled by the Bolsonaro administration’s polarizing tendencies. However, COVID’s impacts should not be overlooked.

COVID destabilized the middle class throughout the world, thus pitching the dream of right-wing authoritarian regimes into darkness. Those factors that comprise the HDI, like access to healthcare and education, fell by the wayside as countries scrambled to reign in the pandemic. As the guarantee of a finer lifestyle with the comforts of a status enjoyed in the West at the expense of workers’ movements and liberalism slipped away, autocrats like Modi and Bolsonaro have been forced to lean more heavily on their socially revanchist positions. As the HDI of Modi’s electorate did not determine the size of his electorate, he may be able to avoid the apparent mortal blow that has befallen Bolsonaro.

Two authoritarians rising to power during roughly the same period, indeed providing bookends on an epochal shift from 2014-2018, now face what appear to be very different futures. It is true that Lula’s return to the helm of Brazil would change the math in the BRICS bloc, while liberalism may have retaken Washington, DC, for the time being. But enduring power for ethno-nationalism in India would suggest anything but a “return to normal” for the international system. Whether Bolsonaro’s apparent failures have a demonstration effect, and COVID deals a shock to Modi’s party in 2024, remains to be seen.

Alexander Reid Ross holds a PhD from the Earth, Environment, Society program at Portland State University where he teaches in the Geography Department. He is a Senior Research Fellow at the Network Contagion Research Institute.