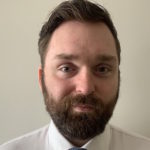 Simon Purdue received his PhD in World History from Northeastern University in 2021, where he focused on the history of race, racism and violence. His dissertation, ‘Intersectional Hate: Gender, Race and Violence on the Transatlantic Extreme-Right, 1969-2009’, explored the way gender has influenced extreme-right activism and violence in the United States and United Kingdom, and how extremist visions of masculinity and femininity were used to recruit and radicalize new members. Simon is a doctoral fellow with the Centre for Analysis of the Radical Right and a fellow with the Institute for Research on Male Supremacy, as well as a data coder with the Prosecution Project. His writing has explored radicalization, violence, gender, ‘foreign fighters’, and far-right infiltration of law enforcement.

The Right Is Trying To Make Ashli Babbitt A Martyr

This isn’t the first time a death of this nature was used as a tool to radicalize and recruit new members to extremist groups.
by Simon Purdue
Subscribe To Rantt
Latest