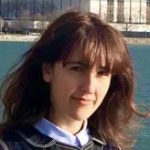 Krystel von Kumberg graduated from Georgetown University’s Security Studies Program (M.A.) in May 2020 and is currently pursuing a Master's in International, Global and Comparative History. She specializes in the roles of non-state actors; militarized social movements, terrorists, and militias in Europe, Russia, and the Middle East. Her research focuses on transnational terrorism, recruitment methods, and radicalization.

Is The Far-Right’s Praise Of The Taliban Indicative Of Something Bigger?

As the Taliban took over Afghanistan, elements of the far-right in America cheered. It's one example of a number of recent cross-ideological terrorist activities between right-wing extremists and Islamist extremists.
by Krystel von Kumberg
Subscribe To Rantt
Latest