Why The UK’s Race Report Was So Controversial

A report by the UK's Commission on Race and Ethnic Disparities downplayed systemic racism and its impact on societal inequities. 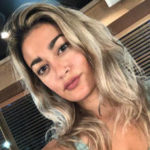 Sadie Chana’s PhD thesis focused on radical right-wing groups and hate crime in the UK. She is a doctoral fellow with the Centre for Analysis of the Radical Right, and currently works at the University of Warwick supporting students experiencing misconduct, harassment, and hate crimes.

After the Black Lives Matter movement in 2020 that saw protests across the country, the infamous felling of statues, and claims that the UK suffers from systemic racism, the government appointed a new Commission on Race and Ethnic Disparities.

There were hopes that the report the commission would produce would look at pertinent issues including the attainment gap between ethnic minority students and their white counterparts, the intersectionality of race and socioeconomic status in determining access to opportunities and education, and the impact this has on individual development.

However, the report, which was released in March fell short of most of these expectations. Simon Woolley, who was head of No 10’s race disparity unit until last summer, criticized the commission for disrespecting and disregarding people’s lived experience. He also said, “There are shocking disparities and shocking outcomes in health, education and housing. That’s why we set up the race and disparity unit in the first place”.

The Shadow Women and Equalities Secretary, Marsha De Cordova, echoed many of these sentiments: “To downplay institutional racism in a pandemic where black, Asian and ethnic minority people have died disproportionately and are now twice as likely to be unemployed is an insult.”

Labour MP for Tottenham, David Lammy went further, he claimed Boris Johnson has “let an entire generation of young white and black British people down“, and that the “report could have been a turning point, a moment for us all to come together. Instead, it has chosen to divide us once more and keep us debating the existence of racism rather than doing anything about it”.

The report claimed to set out “a new, positive agenda for change. It balances the needs of individuals, communities and society, maximising opportunities and ensuring fairness for all”. The report tried to address this by using tactics that the government has employed time and again: namely using Black and Asian representatives to create the impression that there is little to no racism in the UK, and reduce the validity of and racism claims.

Many had criticized these appointments as some of them had publicly denied the existence of systemic racism. It was therefore unsurprising that one of the major findings of the report is that Britain is not systemically racist. Specifically, it claims that structural racism in work, education, and elsewhere is hard to prove. This finding on structural racism is contrary to earlier findings, including that of the 1999 Macpherson inquiry into the murder of Stephen Lawrence.

The report also questioned the role of race, and existence of racism: “The evidence shows that geography, family influence, socio-economic background, culture and religion have more significant impact on life chances than the existence of racism.” And despite the findings of other reports, the race report suggests that hate crime had not worsened, however, perceptions of an increase in hate crime have been influenced by internet trolling.

One of the less controversial claims was the recommendation that the term “BAME” should be abandoned. BAME (Black, Asian and minority ethnic) has been used to homogenize a disparate collective of ethnicities, where the only unifying feature is that they do not classify themselves as white. This expression, therefore, obscures the differences between them, and the variety of issues that each of them faces.

Not all of the groups included in the term BAME experience the same problems in the same way. For instance, some racial and ethnic groups have become wealthier in the UK in recent decades, and have become ‘model minorities’. The report also recommends looking at how class, race, gender and other social identities overlap, however it fails to fully explore the impact of intersectionality on experiences of racism, and totally neglects the ways in which race intersects with sexuality and disability.

The report also ignores how the experiences of these different societal groups vary. One major issue has been the attainment gap of BAME students, however, the report does not touch on how different groups perform, and whether factors such as social class, gender, and/or geography have an impact on education. As they have different experiences, and different challenges, they cannot be remedied with a one-size-fits-all approach, which was frequently used when these groups were banded together under the term BAME.

Of particular importance is that this approach would also address some of the issues faced by white working-class communities who have previously been neglected by the focus on BAME. This neglect pitted the underachievement of the white working-class against outcomes for ethnic minority groups and echoes arguments often touted by the radical right. The Runnymede Trust, describes this as playing “into cultural readings of inequality, which pitch [white people’s] interests squarely against those of ethnic minorities, and simultaneously allows middle-class commentators to blame the ‘underclass’ for their own misfortunes”.

Ultimately the report failed to deliver on its main aims. Firstly, it did not acknowledge or identify systemic racism in the UK, and undermined the relevance of race in the everyday experiences of ethnic minorities. Whilst the report advocates that the term BAME is no longer fit for use, it fell short of detailing the different lived experiences of different ethnic minority groups.

If the report’s findings are centered around racism having little impact on life chances, why does it fail to evaluate if this claim stands true for all ethnicities, or whether some groups experience more claims of racism than others, and of what kinds.

It also does not to fully explore how unequal access to opportunities is affected by a combination of race, socioeconomic status, gender, among other factors, and how this may affect life chances. This would include issues often suffered by the white working class. They have not benefited from measures focused around the BAME attainment gap, and unequal access of opportunities.

By including these aspects, the report would have successfully explored the racial disparities across all races in the UK, how they intersect with other characteristics, and how they can best be addressed. Unfortunately, they did not.

Sadie Chana's PhD thesis focused on radical right-wing groups and hate crime in the UK. She is a doctoral fellow with the Centre for Analysis of the Radical Right, and currently works at University of Warwick supporting students experiencing misconduct, harassment, and hate crimes.