Why The Radical Right Exploits Games As Tools For Radicalization

Fascists have historically used games as a means to perpetuate their ideology. Those efforts have accelerated in the era of technological gaming. 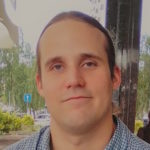 Photo by Alex Haney on Unsplash

Yannick Lengkeek is a PhD student at the University of St Andrews, Scotland. His research explores everyday life in dictatorial regimes (particularly in Southern Europe), the relationship between games and far-right regimes as well as fascist youth mobilization in Europe and its former colonies. He is a doctoral fellow at the Centre for Analysis of the Radical Right (CARR) and a member of the project Everyday Dictatorship: Dictatorship as experience in Mediterranean Europe, which is funded by the European Research Council (ERC).

In her novel Fliegeralarm (‘Air raid alarm’), German author Gisela Elsner, born in 1937, presents the pitch-black satirical story of a group of children during the last years of the Second World War. In the ruins of their neighborhood and amidst the constant threat of air raids and bombardments, these children, who all grew up under the Nazi regime and know nothing else, tap into their imagination to make it through these difficult times.

Accusing their parents of being “cowardly civilians,” they start playing the role of Nazi model citizens, building their own miniature concentration camp. However, they soon realize that one important element is missing: they need someone to play the role of a Jew. Identifying another kid in the neighborhood – the son of a political prisoner – as a somewhat adequate replacement for a ‘real’ Jew, the story continues with a series of dark twists, showcasing the destructive powers of the human imagination and how it can be shaped and compromised by ideology. Gisela Elsner, a lifelong critic of Nazi Germany, makes the message very clear: there is nothing inherently innocent about play, and through their affinity towards games, children are particularly vulnerable to ideologies and make believe.

That being said, children were not the only target of ‘playful’ indoctrination. Play has always been political. Generations of reformers and self-proclaimed social engineers have attempted to harness the human need for games and diversion and channel it into something larger and supposedly more meaningful. This concerns both children’s play and adult gaming in its many forms, ranging from board, card, or video games to gambling.

However, even nowadays, the extent of what ‘freedom of play’ could mean is not sufficiently clarified, neither in Article 31 of the UN Convention of the Rights of the Child nor in Article 24 of the Universal Declaration of Human Rights. To complicate matters even further, the boundaries between socially constructed categories like games and sports can be murky, with practitioners of some sports – such as billiards – still eagerly awaiting the day on which their chosen activity will be recognized as a sport and granted participation in what is, maybe somewhat ironically, called the Olympic Games.

Across the political spectrum, play has never been universally embraced as a force for good. Be it contemporary debates about violent video games or the worrying rise of online gambling, headlines tend to focus on the negative aspects of games, with change coming only slowly. The way a society handles play, which has been a staple of leisure and sociability throughout human history, reveals a lot about aspirations and the compulsive need to shape human nature as such.

As the prominent Dutch cultural historian Johan Huizinga pointed out in his seminal book Homo Ludens: A Study of the Play-Element in Culture, “culture arises in the form of play, it is played from the very beginning.” In short: play precedes culture, and the need to tame our primordial desire to play, in the broadest sense of the word, reveals a desire to reshape the very essence of what makes us human.

Much has been written by scholars of fascism on what can only be described as a somewhat peculiar radical right anthropology, where human nature was reframed within an imagined cosmos of Nietzschean superhumans, eugenics, and crowd psychology. Education was another important facet of this large-scale project, and the global growth of fascist and far-right youth organizations is a testament to that.

From the Fascist Opera Nazionale Balilla, the German Hitler Youth or the Portuguese Mocidade Portuguesa to fascist-inspired youth organizations across the world in countries as diverse as India (Rashtriya Swayamsevak Sangh), Indonesia (Surya Wirawan), Egypt or China (Blue Shirts) – scout and youth organizations modeled on the trending fascist ‘prototype’ were in vogue throughout the 1920s all the way until today. Youth organizations masking paramilitary training as playtime and children’s leisure became a political tool of great significance during the decades to follow, turning elements of Robert Baden-Powell’s original Scout Movement into political training camps and laboratories for the creation of ‘new men’ and women.

Comparing the fascist movements of yesteryear and the contemporary radical right, one thing stands out in particular: an openness towards using games as a medium to disseminate their ideology and perpetuate ethnic, racial, and religious stereotypes. To give just one recent example, Mark Townsend presented a number of far-right projects and initiatives in The Guardian, most of them involving video games.

The entanglements between the far-right and global gaming subcultures, however, are too complex to be categorized as a simple ‘infiltration.’ The ideological radicalization of virtual communities through far-right contributions and interventions is just one side of this phenomenon. The other side is what observers describe as the increasing gamification of the radical right, which was recently analyzed in a report published by the European Commission. For instance, the 28-year-old perpetrator of the mass shootings in Christchurch, New Zealand, live-streamed the first shooting, mirroring the popular practice of live-streaming in the gaming community. The perpetrators of the shootings in El Paso, Pittsburgh, and Halle (Germany) followed the same approach, staging their horrific acts as game-like spectacles.

At the same time, positive examples of gamification permeate all areas of life, from education to psychotherapy. Gamification is rarely an end, but rather an instrument meant to make a particular experience more effective or simply more enjoyable. It creates a deeper level of engagement and immersion. But ultimately, what matters is the content and the context. Titles like Jesus Strikes Back: Judgement Day, where the player slips into the role of various figures from the far-right pantheon, including Hitler, Mussolini, and Christchurch shooter Brenton Tarrant (among many others) to murder minority groups as well as liberal and left-wing politicians deliver a clear message.

In other cases, drawing the line can be hard. For example, the blurb of Freedom Fighters, a shooter game published in 2003 and widely available on all major sales platforms, reads like this: “Freedom Fighters is an intense third-person action game set in an alternate history New York during the invasion of a foreign superpower. Take on the role of Chris Stone, a hard-working plumber, and rise through the ranks of the resistance to prove yourself as a charismatic leader.”

In this particular case, there is plenty of room for interpretation. Freedom Fighters still has a loyal following, and if anything, the game’s concept shows how easy it can be to include far-right messages in certain types of games. Generally, fascist movements and the contemporary radical right always made an effort to harness the human urge to compete, to prove one’s worth, and to prevail. Any game that divides players into winners and losers provides a potential fertile ground for far-right ideologies to flourish. Any game can be politicized to serve a purpose.

All eminent theorists of play in the twentieth century made it a priority to highlight that there is nothing inherently liberal or illiberal about games, be they sports, card games or video games. To reiterate Huizinga’s view: play precedes culture. The radical right’s interest in games is not an interest in games per se, but rather a fascination with the primordial, pre-cultural roots of humankind. Tapping into our play-hungry psyche is a tool as convenient as fake news, hate speech, or sleek symbolism packed with references to mythology and spirituality.

Games: A Tool For Many purposes

Ultimately, from a historical perspective, the radical right always understood play as a doorway to the human mind. However, like the press or organized sports, it had to be brought under the control of the regime, and any form of play that was considered decadent and not useful to society at large was closely policed. Leisure programs like Kraft durch Freude in Nazi Germany, the Fascist Opera Nazionale Dopolavoro or the Portuguese Fundaçao Nacional para Alegria no Trabalho all attempted to bring adult play within the orbit of state control, offering billiards tables, card game nights, and similar events. At the same time, for instance in Portugal, card-game sessions among friends and colleagues were frequently broken up by the police, under the pretense of repressing illegal gambling.

In general, however, fascist and far-right regimes were at the forefront of a global movement that, more than ever before in history, attempted to reshape leisure and play. Sometimes, far-right regimes displayed a great deal of pragmatism, as in the case of Portugal or Fascist Italy. While the Fascist regime officially banned gambling, it tolerated the existence of a casino in Sanremo, Liguria, to draw tourists from the French Riviera, particularly Nizza, into Italy. In these cases, money talked louder than ideology. However, the overall message of authoritarian and fascist regimes has always been clear: play could only serve the state and had to be curtailed, if not even eliminated, whenever it happened outside the control of the regime.

Granted, the question to what extent the heavy control and instrumentalization of play is unique to the radical right is a matter of debate. For instance, only a year ago, the Chinese government put a ban on the Nintendo game Animal Crossing: New Horizons, which quickly evolved into a tool and platform for democratic protest in Hong Kong during the pandemic. That being said, it is not so much the willingness to ban certain games or to influence them that makes the far right unique. Rather, it is the way in which different strands of the radical right, from Fascism to neo-Nazi or alt-right groups, have made use of games to reach the minds and hearts of people.

The right to play should be a universal right. But ‘playing games’ always had two meanings. Let us not forget about the problematic one. And, more importantly, let us make sure that play remains a source of learning, community-building and stress-relief that brings joy to our lives, and not more hate. As famous play scholar Brian Sutton-Smith so aptly put it towards the end of his long career: “We study play because life is crap. Life is crap, and it’s full of pain and suffering, and the only thing that makes it worth living — the only thing that makes it possible to get up in the morning and go on living — is play.”

Yannick Lengkeek is a PhD student at the University of St Andrews, Scotland. His research explores everyday life in dictatorial regimes (particularly in Southern Europe), the relationship between games and far-right regimes as well as fascist youth mobilization in Europe and its former colonies. He is a member of the project Everyday Dictatorship: Dictatorship as experience in Mediterranean Europe, which is funded by the European Research Council (ERC).