Why “The Power Of The Image” Matters For Radical-Right Extremists

Modern white supremacists have exploited social media to recruit for their cause. But the image they present to the public is far from the truth. 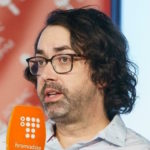 A photo of a defaced far-right mural dedicated to Kyle Rittenhouse in Belgrade, Serbia that reads “Kyle was right” and “International Conservative Community.” (January 4, 2022)

On December 4, more than a hundred American white supremacists, clad in khakis and holding clear plastic shields, marched down the National Mall in Washington, D.C. The next day, despite a mixed reaction of worry and mockery online, a friend of theirs holed up in eastern Europe took to one of his Telegram channels to praise the masked extremists and their D.C. spectacle.

“Yesterday’s success shows that we can control our own image,” American white supremacist Robert Rundo said on the video. Rundo — likely speaking from Serbia, where I had revealed he was in a Bellingcat investigation just days before the video — bragged that a member of a media project he founded was on scene providing live video updates, and that this video went viral on social media.

“For way too long they,” said Rundo, referring to who he had earlier dubbed his “enemies” in mainstream media, “have controlled our image…to try and make us look bad.”

“The power of the image is something that you can never underestimate,” he added.

Rundo is a fringe, almost pitiable figure who tends to make headlines more for his own fumbling mistakes than any brilliant example of radical-right organizing — as I’ve stated before, I wonder sometimes if he’s worth any attention at all. But the 31-year-old Queens, NY native and his Telegram channels keep gaining subscribers, building up a small following stateside with what sometimes seems like a constant bombardment of images and video.

It’s not particularly novel to point out that the radical right focuses on the power of the image and the primacy of aesthetics and appearance. As historian Robert Paxton argues, fascism is the “most self-consciously visual of all political forms,” something that “presents itself to us in vivid primary images.” But now, with the ability to upload high-quality video instantly to websites like Odysee — and the ability to push out dozens of images, videos, and screeds on Telegram every day with little concern about being banned — the power of the image might matter more now for the radical right than ever before.

Robert Rundo is one of the founders of the Rise Above Movement (RAM), a violent far-right street-fighting gang that has seen several of its members end up in prison. Rundo himself was arrested back in 2018 for his violent assaults against protesters at rallies in California, and his case soon went to trial. That case, however, was dismissed by a California judge in June 2019. But Rundo’s case was successfully appealed by federal attorneys, meaning he could soon be facing charges again in 2022.

It’s likely why the Queens, NY native has been currently trying to make a new home for himself overseas; I wrote in a November 2020 investigation for investigative journalist website Bellingcat, Rundo had been trying to build a base for his activities in Serbia, but he was expelled from the country in February 2021. However, as I revealed in a December 2021 Bellingcat investigation, Rundo — despite being expelled nine months earlier — is back in Serbia, his legal status in the country still unclear.

For Rundo, none of his observations in reaction to the D.C. march were new. In a two-hour interview for an American neo-Nazi podcast back in September 2020, Rundo spelled out why the visual was so important to him.

“We put out tons and tons of photos all the time,” Rundo told the interviewer. “The power of the image is extremely important…I think we really need to pay attention to and control our image”

Rundo continues to try and build an alternative far-right media website and documentary series that he claims is “another way of creating a counter-culture to the left by covering everything from demonstrations, concerts and creating our own entertainment within the nationalist lifestyle way (sic).”

“We put out videos and stuff, but we made sure it was through our lens. So when the media talks about us, they have to show us through our photos.”

A scroll through Rundo’s Telegram channels illuminates how central not just how a hypermasculine image, but a particular fashion and fitness-focused aesthetic, is for some of the most extreme elements of the contemporary radical right. The photos and video on his Telegram channels — often simply lifted without credit from other channels or websites — are almost obsessively hypermasculine.

Almost daily you’ll see shirtless, muscular men lifting weights, practicing combat sports, or posing with attractive young women. His perceived enemies, whether police, anti-fascists or journalists (including myself personally by name), are derided as un-masculine, with all sorts of slurs in accompaniment. It’s no surprise that Rundo promotes and borrows the language of the pseudonymous author of the self-published Bronze Age Mindset, a “tedious” far-right tract whose focus on aesthetics, hypermasculinity, and white supremacy mirrors Rundo’s own.

Sometimes this hypermasculinity seems almost to the point of parody. Rundo has hawked his own branded soap on his Telegram channel, boasting with a tongue-in-cheek fake endorsement from “Tyler Durdan” (sic), a reference to Brad Pitt’s character in the movie Fight Club. (Ironically, it’s a film whose homoerotic overtones have been frequently discussed since its release in 1998).

Nonetheless, it all fits clearly with what Rundo told the neo-Nazi podcast interviewer in 2020 — it’s important for people to be able to tell you’re a “fighter” and important to “be a billboard for your cause.”

“The only images the left can use is shit that we already put out, so you know it’s going to look good and it’s going to attract people that way,” Rundo told the neo-Nazi podcast interviewer.

But control of the image, whether literal or metaphorical, means making sure as few people as possible in one’s radical right circle are exposed to anything that could deconstruct that image. The image that I’ve painted of Rundo in my 2020 and 2021 investigations on his activities, for example, isn’t one he’d want his followers to see.

It’s a weak, less confident and altogether bumbling Rundo — one who posts multiple images on social media that reveal his location despite being, in the words of one of his friends, “on the run.” It’s one who posts photos of himself like a conqueror in front of graffiti that has long since been vanquished from a wall. It’s one who appears completely unwilling to publicly acknowledge the existence of my less-than-flattering portrayal of him in my December 2021 investigation.

But Rundo and figures like him, including Ukraine-based Russian neo-Nazi Denis Kapustin, know what that kind of controlled image can do. In his own interview with American white nationalist Greg Johnson in 2020, Kapustin (a man Rundo described as a “mentor”) spoke of how, since founding his fashion brand and combat sports promotion in 2008, he has been able to build an image that is appealing to young men.

“I showed the movement is very attractive,” Kapustin said.

The goal of figures like Rundo is exactly that — to make their movement attractive, to make them and what they do attractive to young men unsure of themselves, unsure of the world and their place within it. Again, for those who already follow the activities of the radical right, this may not be a particularly new revelation. But it’s rare to see it expressed so openly, so clearly, and in their own words and images.

Does it always work? Well, Rundo’s example suggests both yes and no. Rundo seems perpetually on the run from U.S. criminal charges that haven’t yet been filed, with a dwindling international network of far-right friends (who’d want to work with someone “on the run” who keeps coughing up his whereabouts?) but still sees his follower counts on Telegram go up week on week. Those who follow in the footsteps of folks like Rundo will no doubt be learning from their successes and failures and drawing hints from the same proverbial and literal catalogue of images.