Why Do the Radical Right And Populists In Serbia Celebrate Antifascism?

In Serbia, the authoritarian regime and radical right commemorate the seemingly unsuitable antifascist past and victory against fascism, reveling in the historical friendship with Russia. 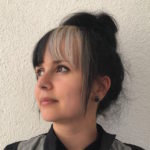 Dr. Jelena Đureinović is a postdoctoral researcher and scientific coordinator of the Research Platform for the Study of Eastern Europe and Transformations at the University of Vienna. She is also a Senior Fellow at the Centre for Analysis of the Radical Right (CARR).

On May 9, 2018, hundreds of people marched in the Immortal Regiment procession through the center of Belgrade to commemorate the Victory Day. Having emerged as a grassroots initiative in 2012, the Immortal Regiment is now a state-supported commemorative practice in Russia. The participants carry photos of their ancestors who fought in the Great Patriotic War, as the Second World War is referred to in Russia. Since 2016, it has taken place in Serbia as well.

Carrying the Immortal Regiment Serbia banner, Srpska desnica (Serbian Right) and their leader Miša Vacić walked at the head of the procession celebrating the Red Army’s victory against fascism. Serbian Right is a far-right political party close to the current authoritarian regime of the Serbian Progressive Party. Before establishing the party in 2018, Vacić was active in clerical fascist organizations and convicted of hate speech, discrimination, and possession of illegal weapons.

This was not the first time that Serbia’s radical right celebrated antifascism and for them seemingly unlikely communist-led heroes. In 2016, Boško Obradović of Dveri, a far-right movement now prominent in the political opposition, also marched in the Immortal Regiment.

In Serbia, both the radical right and the regime of the Serbian Progressive Party appropriate the People’s Liberation War, how the Second World War was termed in socialist Yugoslavia. Led by the Communist Party of Yugoslavia, the anti-occupation struggle of the Partisans was a parallel socialist revolution. On the occasions such as the Victory Day and Liberation Day of Belgrade, various right-wing and far-right political actors get together and honor the Partisans’ victory, competing in showcasing their antifascism and condemning others for historical revisionism. These commemorations reflect the transformation of the memory culture in Serbia where the antitotalitarian and anti-communist lens, typical for the majority of post-socialist countries, no longer dominates the official memory politics.

During the first decade after the overthrow of Slobodan Milošević in 2000, the state-supported memory politics aimed at criminalizing the Partisans while rehabilitating their enemies, the Axis collaborators and defeated forces of the Second World War. There were no official commemorations of the Yugoslav Partisans as discourses of victimhood and communist terror came to dominate the public sphere. Serbia’s memory politics reflected the general tendency in Central and Eastern Europe, where political elites have sought to criminalize communism through state-sponsored memory projects of exhibitions and museums of crimes of communism, institutes of national memory, and legislation.

A change started in 2009 with a large-scale celebration of the Liberation Day of Belgrade, coinciding with the state visit of Dmitry Medvedev, President of Russia at the time. In 2014, with the Serbian Progressive Party already in power, a pompous military parade commemorated the 1944 liberation of the capital, now with Vladimir Putin attending. The revival of the state-sponsored commemorations of the People’s Liberation War has went hand in hand with the always closer relations with Russia, which is also key to understanding why political elites and radical right celebrate the past incompatible with their politics.

The appropriation and ethnicization of the Partisans were also the case during the rule of Slobodan Milošević in the 1990s. While former Yugoslavia descended into a series of armed conflicts, the regime and the Army of Yugoslavia narrated themselves as the true successors and keepers of the People’s Liberation War legacies and bulwark against fascism. As the Army celebrated 9 May as its holiday, the opposing sides in the wars that ensued were depicted as fascist.

The intertwinement of the antifascist struggle of the Second World War and the wars of the Yugoslav disintegration has been made official through the notion of ‘Serbia’s liberation wars’ that is at the core of the memory work of the current regime. The liberation wars of Serbia as the frame of historical interpretation merges all uprisings and wars in Serbian history, including the 1990s, into the narrative of the Serbian army fighting on the right side.

In 2019, the Immortal Regiment in Niš in southern Serbia was led by General Vladimir Lazarević, who the International Criminal Tribunal for the Former Yugoslavia had convicted for war crimes against Albanians during the war in Kosovo. A convicted war criminal as the main speaker on the Victory Day, Lazarević presented the Immortal Regiment as symbolizing the freedom-loving patriotism regardless of the strength of the enemy who attacks, exemplified in Serbian history from the anti-Ottoman uprisings to the 1999 NATO bombing of Yugoslavia.

The antifascist revival in Serbia does not exist in isolation and it resembles the official memory politics in Russia where the Red Army is appropriated as a Russian army. Similarly, the People’s Liberation War has been deprived of its inappropriate aspects of communism and Yugoslavism and the Partisans have transformed into a Serbian army. The victorious occasions are about the glorious Serbian army being on the right side throughout history, which is why they usually involve spectacular displays of the present-day military power. When interpreted in this way and placed in the context of the eternal Russo-Serbian friendship, the People’s Liberation War and antifascism represent the past that Serbia’s right-wing nationalists and populists can proudly celebrate.

Dr. Jelena Đureinović is a postdoctoral researcher and scientific coordinator of the Research Platform for the Study of Eastern Europe and Transformations at the University of Vienna. She is also a Senior Fellow at the Centre for Analysis of the Radical Right (CARR). Her book The Politics of Memory of the Second World War in Contemporary Serbia: Collaboration, Resistance and Retribution was published with Routledge in 2020.