Why Are Members Of The Military Susceptible To Far-Right Extremism?

The sizable percentage of current and former military service members at the January 6 insurrection has raised new concerns about extremism in the military. 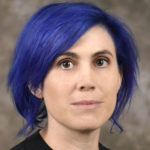 The events of January 6th, and the subsequent arrests, have reignited concerns about the role of military service and military members in domestic extremism. The current focus on why the military appeals to right-wing extremists as they enter, serve, and exit the military has also been seen for street gang members and motorcycle gangs.

The Federal Bureau of Investigation’s (FBI) National Gang Threat Assessment in 2011 noted that “Gang infiltration of the military continues to pose a significant criminal threat, as members of at least 53 gangs have been identified on both domestic and international military installations. Gang members who learn advanced weaponry and combat techniques in the military are at risk of employing these skills on the street when they return to their communities.”

The focus on street gangs, outlaw motorcycle gangs, and prison gangs in the military continued as a main source of concern for military recruitment and retention. A report from 2018 showed that gang and domestic extremist members were found in 83 law enforcement reports, an increase of 66% from the previous year. The vast majority of this increase was due to street and motorcycle gang members.

The January 6th events shifted the discussion away from street and motorcycle gangs and onto domestic extremism. Now the military is struggling with how to deal with this ongoing issue, including the creation of an extremist taskforce. A key issue impacting the control of all of these groups is that while the military prohibits “active” participation in extremist groups, it does allow “passive” participation which can include membership and possession of propaganda or other materials.

The current discussion focuses on the over-representation of military veterans affiliated with far-right groups and the broader white power movement. This relationship was highlighted by the disproportionate number of service members, mostly veterans, who participated in the failed attempt to prevent the certification of the 2020 election on January 6th, 2021. As of June 4, 2021, there have been 465 individuals arrested and charged in federal court. Of those arrested, at least 50 (10.8 percent) are active (5) or retired (45) service members, their affiliation predominately falling within the Marine Corps (44 percent) or the Army (36 percent).

As of 2019, there were approximately 1.3 million active-duty service members and 19 million veterans, comprising around 6.1 percent of the overall 328.2 million US population. While the reasoning behind participation in the insurrection on January 6, 2021, may vary, it is important to note that at least a third of those service members arrested have affiliations with either Proud Boys, an alt-right gang, or Oath Keepers, a far-right “militia.” Based on 18 U.S. Code 2331 (5), both of these groups could be considered domestic violent extremist (DVE) organizations – although not yet officially designated as such by the US government. This overrepresentation of veterans, identifies a key area of necessary research: why are active and retired service members more susceptible to the rhetoric of far-right groups?

Despite longstanding concerns by the FBI since at least 2007, and the Department of Homeland Security (DHS), since 2009, about the recruitment of active service members by white power DVE groups, there remains limited knowledge about just how pervasive far-right affiliations are among active duty personnel. Much of what is known about the current prevalence of white power presence comes from a 2019 poll of Military Times readers revealing that 36 percent of troops witnessed “white supremacist and racist ideologies,” with enlisted members and non-white members being more likely to observe these behaviors than officers and white members.

This is a concerning increase from their 2018 poll when only 22 percent reported the presence of white power activities. A trend that is moving in an unfavorable direction. The military’s response to DVE affiliations has been inconsistent over the years, partially to maintain troop quotas and out of fear of congressional scrutiny. As the conflicts in Afghanistan and Iraq continued on, more troops were needed and the number of discharges declined and the standards for recruitment got relaxed, allowing for quotas to be met with potentially substandard personnel.

As noted by historians, such as Belew (2018), the overrepresentation of Vietnam veterans in the white power movement played a critical role in transforming white power DVEs. For example, Louis Beam, an Army veteran who served in Vietnam (and a former klansman and prominent neo-Nazi) introduced the concept of “leaderless resistance” to the white power movement. Guided by this strategy, Beam established Liberty.net, a clandestine Aryan Nations’ board, in 1984 which allowed users access to message boards, recruitment materials, and lists of potential targets to sabotage or individuals to assassinate.

This made Beam, and the broader white power movement, some of the first people to adopt the Internet to digitally communicate, sharing ideas and organizing with white power groups, globally. The evolution of digital white power resources, from Liberty.net onward, has allowed white power DVEs to maintain communication across distance and aided the spread of white power rhetoric with minimal resources.

While many have focused on the impact of the Vietnam War on this proliferation, we must consider the impact that the War on Terror may have on this current wave of right-wing/ white power growth. The duration of the War on Terror is approaching two decades and the type of conflict, the tactics used (by both sides), and the duration can lead to long-term emotional trauma, and serious challenges transitioning back to civilian life that the poor quality of care provided to service members can exacerbate.

As our understanding of the connections between the white power movement and the military continues to grow, serious steps are needed to prevent, intervene, and potentially suppress the far-right activities of both active and retired service members.

A starting point for this work is to consider the shifts in a service member’s life-course from recruitment to basic training, deployment to reintegration, and End of Active Service (EAS). These different transitions may have a multitude of impacts on a service member’s life and behavior. For example, research has shown that entering military service can be a turning point that leads to desistance from crime, although some argue it may just delay criminal activity. What is less clear is how the act of leaving military service (i.e., “EAS’ing”), particularly if it is involuntary, might impact service members’ future behavior when that institutional social structure and network is removed from their lives.

Future research needs to examine how these different transition points exacerbate or inhibit the potential for far-right activism and membership. As we have seen in other research areas, such as traditional street gangs or white power DVEs, risk factors can shift over time and life circumstances. This includes the key dynamic that once an individual joins a street gang or white power DVE, their behavior is more delinquent than those who are just surrounded by delinquent peers. The group dynamics present when joining, including the role of violence in military in-group creation, needs to be better understood throughout an individuals’ membership. These transitions, and a potential shift in identity and social support, are key to understanding involvement in the white power movement. Future research and policy should be aimed at risk factors in the early stages of military life.

Similar to the power and peer dynamics seen in police departments, researchers need to consider the role of these interactions in vulnerability to white power narratives. Recent studies have noted that misconduct by law enforcement officers spreads through a police department’s social networks. This contagion model of misconduct could just as easily be applied to understanding how white power beliefs and behavior spread through the military.

In a similar manner to police departments, the military has a strict code of conduct about interactions between superiors and subordinates, but these rules also act as a cover to place blame for aberrant behavior on the individual rather than the unit. This assumption that an individual’s behavior is separate from the larger unit due to the presence of rules, has led to a dearth of research regarding deviance among those in positions of power, and the influence of these individuals on the larger group. As the shift in our understanding of police network dynamics on excessive force and deviance, similar studies need to be conducted within military structures.

The final, and perhaps most at-risk transition, is when a military member exits their service. Disillusionment, trauma, lack of opportunities, and a removal of the rules and safeguards in place, can put a veteran in a vulnerable situation for recruitment into a white power DVEs or ideology. This period of vulnerability could make a veteran much more susceptible to the pull of white power DVEs, ideologies that provide a new enemy to hate and motivate violence.

As we consider these transitions, we can consider active military service as a period of strong labels, control systems, and associations but these are thrown into disarray as a service member prepares for and enters separation, as these labels and associations are thrown into doubt. As we move forward in our examination of the connections between military service and DVEs, these transitions and turning points may be critical areas of focus.