Like in the UK's "Yellow Vest Movement," the radical right is very skilled at hijacking movements unrelated to their own. How do we combat this? 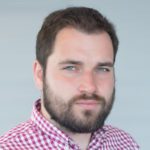 Prevent – the UK’s counter-radicalization strategy – is currently undergoing an independent review, in part designed to examine accusations that the policy is having potentially negative impacts upon communities. This has, in part, been driven by an ongoing controversy around the roll-out of the strategy, and the suggestion that it unfairly impacts Muslim communities, a critique that some have suggested has been politicized by a vocal ‘anti-prevent’ lobby.

However, a more neglected facet of the Prevent strategy lies in the increased necessity of addressing right-wing extremism. Recent figures demonstrate that referrals for Islamist inspired extremism – although still the majority – are dropping, whilst those for far-right extremism are rising. Indeed, far-right individuals now make up 44% of cases referred to Channel – a Prevent-linked mentoring program with the objective of de-radicalization and disengagement.

With this in mind, and given the increased recognition and focus on the threat posed by the far right from the police and intelligence, the ongoing review offers a valuable opportunity to examine whether the current approach of Prevent is effective in challenging the growth of the far and extreme right.

How does the far-right spread their extremism?

Prevent is often viewed and delivered through a community lens. It is framed as an initiative which focuses on communities, and a number of Prevent-funded initiatives focus specifically on community work. However, is this an effective way to engage with the far-right? It is true that a number of communities throughout the country often feel the impact of far-right inspired marches and demos, or become the focus of smear campaigns. However, the connective power of social media has enabled these groups to become internationalized. Research conducted at the Institute for Strategic Dialogue (ISD) has highlighted how campaigns which appear on the surface parochial often have a large international reach, and this as a trend looks to be increasing.

If we look at the campaigning strategy employed by UK far-right groups, we see a narrative-driven approach. Groups are proving themselves adept at highjacking a range of local, national and international causes, identifying wedge issues which they use to broaden their appeal amongst key audiences. This involves the manipulation of issues which are not explicitly linked to their ideology (such as freedom of speech, Brexit, or concern around child sexual exploitation), and which have broader support than their other views (such anti-Minority sentiment).

A clear recent example of this is the UK’s Yellow Vest Movement, which gained notoriety for waging a harassment campaign against anti-Brexit MP Anna Soubry. This is an interesting case study as it highlights a range of campaigning strategies used to capitalize on wedge issues.

The group itself – which is closely linked to established organizations and actors on the UK far-right scene – has highjacked a large-scale French movement, with which it has little ideological common-ground, to amplify its reach and boost its credibility. This can be seen in its Twitter campaigning where hashtags associated with the UK movement have been paired more than 25% of the time with the more universal hashtag #GiletsJaunes, allowing the UK movement to amplify its reach through association with the French protests.

The use of wedge issues can also be seen in material shared by the movement; flyers handed out in Westminster list a range of social causes, such as veteran homelessness and corporate corruption. To some degree, this could be taken as evidence that the far right is adopting an increasingly anti-authority platform and moving away from a more overt anti-minority platform, however that doesn’t correspond with data demonstrating increased hate crimes targeting minorities, and in particular Muslims, or indeed evidence of online hatred, and suggests that this approach is being employed as part of a strategy to mainstream far-right ideology.

By promoting themselves as champions of these grievances the far right not only raise their profile, but build bridges which bring individuals into their sphere of influence who might not otherwise be exposed to their hateful ideology, allowing them to win new audiences and amplify their messages.

How can Prevent combat this?

From a Prevent focus, this dynamic has a range of implications. Community outreach presents a valuable opportunity to engage a particular subsection of society which may be vulnerable to radicalization when that group is identifiable and reachable as a community. However, it is difficult to identify a community to target with programming when the narratives which are being leveraged by the far right are as universal and rapidly evolving as the homelessness of veterans or a road traffic accident.

Indeed, it would be dangerous to suggest that individuals who are concerned with issues as wide-ranging as these may be at risk of becoming radicalized, and to do so would empower the anti-authority narratives which are currently being peddled by far and extreme right-wing groups. Instead, it would be beneficial for the review of the Prevent strategy to recognize these dynamics and consider ways in which these causes can be reclaimed from the far right, denying them the opportunity to recruit further. This could be achieved through the hosting of discussions in a range of key institutions, however, before these can be rolled out we need to consider who would be most credible in reaching the range of audiences the far-right is now targeting.

Jacob Davey is a Senior Fellow at the Centre for Analysis of the Radical Right and a Research Manager at the Institute for Strategic Dialogue where he leads on research into the extreme right. His research focuses on the role of digital communications in inter-communal conflict, internet culture, online hate speech and the international far-right. He has advised national and local policymakers on right-wing extremism, including the Home Affairs Select Committee, and has lead trainings with frontline practitioners on the mobilization strategies of extremist groups.