The Subtleties Of Rape Culture & The Importance Of Male Accountability

A rape survivor breaks down the damage victim-blaming has done to our society and how we can move forward. 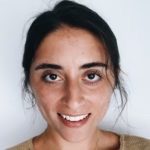 At this point in our cultural conversation, it’s safe to say that most of us are familiar with and, in recent years, more aware of misogyny’s ugliest faces, violence against women being one of the most glaringly obvious.

Of all the little victories we’ve seen in this remarkable shift, this is an important one: We’re seeing the epidemic breadth of violence against women—be it sexual or domestic violence, abuse, assault, etc.—as an embedded structure enabling its own frequency and resulting lack of consequence instead of seeing cases as isolated. This not only sheds light on the nature of the problem at large, but it allows those of us who have been victims to recognize that we are far from alone—which is horribly sad, but necessarily validating.

That said, there are of course deeper, less obvious faces of misogyny. And if anything has become apparent from the wave of women awakening and speaking out across the country, it’s that rape culture is a direct result of these less noticeable (though no less poisonous) manifestations.

These matters are harder to confront, at least in my experience, because it’s alarming to realize how many women internalize and embody the misogyny that inevitably hurts or has already hurt them. It’s even more disconcerting to recognize that at one point, I was one of those women.

I say this as a rape survivor myself. I was fourteen years old when it happened. I didn’t disclose until I was twenty-four, and only now, at twenty-six, do I feel like I’ve finally been able to understand my trauma and get my life back.

Why didn’t I come forward? Why don’t the majority of victims come forward, or if they do, it’s years or even decades after the trauma took place?

Part of the brain’s way of dealing with a trauma like this involves shutting out or denying the reality of it. We convince ourselves that it didn’t happen, or that maybe it wasn’t as bad as we remember in order to survive. That and these experiences are extremely challenging to talk about. In addition, perpetrators usually walk away with little consequences, if any.

Most of all, survivors are often doubted, degraded, even blamed for what happened. This is precisely what I feel contributes to the rape culture we have enabled for far too long, and it’s where much of the internalized misogyny I mentioned before comes into play.

Why It Took Me 10 Years To Come Forward

When a boy raped me, I most immediately felt dirty and ashamed. I felt like I must have implied that this was what I wanted since I showed up to my friend’s house that day. My presence must have been seen as consent, and perhaps coming off as a little flirty didn’t help.

But almost two years of trauma therapy later, and I can confidently tell you that I was swept into a dark bathroom and physically forced to do all kinds of things I did not want to do. I never said “no” or “stop” because I was absolutely frozen in fear—but I never said “yes” to any of it, either.

Again, I was fourteen. A child. And now I will tell you exactly why I never told anyone.

For starters, I had no prior sexual experiences. I had kissed a boy before, but that was it. In this situation, my body knew I was afraid, but I had nothing with which to compare it. As a survival mechanism, I accepted that this experience was the definition of sexual intimacy.

Second, and most topically, I was afraid I’d get in trouble. It was my fault that I went to my friend’s house knowing that a boy who thought I was pretty would be there, right? It was my fault for being naive, my fault for leading him to believe I wanted this. Right?

We know now that this is wrong. We’re finally having this conversation more than ever before, that victim blaming is tragically, unequivocally, just plain wrong. And it’s long overdue that we recognize it as such.

But, in order to truly wipe out this damaging construct, we must hold ourselves accountable long before we’re speaking about a survivor of sexual violence. We have to be aware of when and how we dehumanize girls and women in all circumstances, as it’s in everyday interactions and conversations where rape culture takes root and convinces us that it’s perfectly normal.

How many of us can remember growing up, listening to adults scrutinize and criticize girls’ and women’s actions?

How many of us had teachers and school principals shaming us for wearing shorts that were too short or tank tops that were too revealing because it would “distract from the learning environment”?

How many of us heard our parents say “she’s asking for trouble, dressed like that,” or “if she goes to that party and has a few drinks, doesn’t she know what she’s getting into”?

Regardless of the exact words or the particular situation, girls are taught from the time they’re little that they hold all responsibility for how boys treat them. Just as bad is the side of the coin we often neglect: that boys are listening, too. So, while we’re teaching our girls that being harmed is their fault, we’re also teaching our boys that their actions are no fault of their own, but that the blame belongs to the girls that “made them” act in such a way.

This detachment from accountability comes at the expense of girls being harmed with no way of seeing fairness play out—and upon becoming adults, it manifests as women who have come to understand that no matter what a man might do to them, justice will not be served. They’ve learned that whatever hurts them must be their own doing, that they are the sole bearers of responsibility because they brought this harm on themselves.

While I couldn’t quite identify or articulate any of these points at the time, they all informed my inability to stand up and say what this boy did to me. When he left me on the bathroom floor, he left his guilt and shame there, too. So I picked them up. Years passed, and I formed myself around that dirty feeling so intimately that I could no longer see the difference between myself and the blame that was never mine to carry.

And for all those years of depression, eating disorders, and the desire to die, I remained blind in what I had internalized, continuing to accept the story that girls get what they deserve for dressing a certain way or making certain choices—that girls should be seen less as humans and more as laundry baskets where boys can toss and forget about any sense of responsibility.

That’s why I didn’t come forward. I believe that’s why many of us don’t come forward. Because we’re told that we control how boys and men treat us, and that’s surely reinforced when a survivor does come forward only to be ruthlessly grilled about what she was wearing, how much she had to drink, or why she was at that party in the first place.

The Necessity Of Male Accountability

We don’t ask boys and men the same thing. We don’t ask accused perpetrators how much they had to drink or why they were engaging in reckless activities.

We don’t impose dress code requirements on them to prevent others from being distracted.

We don’t say that they must be asking for trouble, for someone to hurt them based on how they choose to present themselves.

Doesn’t it all sound ridiculous when trying to imagine these constructs the other way around, affecting boys and men instead?

It should also sound ridiculous that we do it to girls and women. Because it is.

If we want to change this, and I believe we must, then we need to be vigilant in catching ourselves when we so much as think anything that implies the dehumanization of girls and women. Whether we’re doing it to ourselves—taking on the role of the laundry basket to hold all the dirty blame that was never ours—or anyone else, we owe it to each other to call ourselves out. And we need to catch these thoughts before we say them, because when we say them, people listen. Children listen. Teenagers listen.

If we want to eradicate the essence of rape culture, we must start by undermining its foundations in what we say, especially paying attention to what our words imply.

What we say matters. Someone is always listening, and therefore always learning from what they hear.

If what comes out of our mouths would give anyone the idea that one person’s freedom from accountability is worth more than another’s freedom to act without fear of objectification or harm, then we are part of the problem.

We cannot afford to refuse our contribution to the solution. We must do better.

Sara Rodriguez is a writer, activist, and advocate for women’s rights based in New York. She has a powerful voice and hopes that her continued efforts to use it will someday change the world. (Baby steps.) You can follow her on Twitter and Instagram @sararodriguezny.