The Rise Of Radical Right Extremism In Trump’s America

While Donald Trump’s brand of white nationalism endures, we must deepen our understanding of the group behavior, mentality, and tactics of right-wing extremists. 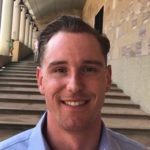 From Left: President Donald Trump at a press conference in Trump Tower in the aftermath of the Charlottesville rallies, Tuesday, Aug. 15, 2017 in New York. Right: White supremacists rallying in Charlottesville, VA, and the mugshot of MAGA Bomber Cesar Sayor Jr. (AP)

The United States of America has recently experienced concentrations of right-wing violent extremism particularly with an increase in violent radical right street groups. The US’ expanding catalog of radical right groups emphasizes the need to understand the dynamics of aggressive group mentality. Such as the elucidation of cognitive-psychology within a group, an individual’s engagement in strategic group action and how an individual alters their behavior to meet the changing demands of the group. To this end, the following discussion intends to better understand the inter-personal mechanisms and incentives that may drive the operation and violent escalation of certain radical right groups.

According to New America, a research institute dedicated to tracking instances of political violence in the US, right-wing violence has claimed the lives of 86 individuals since 2001. The periodic counts of right-wing violence have become increasingly dense since 2008. For example, in 2017, after retrieving data from the Global Terrorism Database, researchers from the news site Quartz revealed that ‘almost two-thirds’ of extremist violence in the US was ‘right-leaning’.

Right-leaning violence is considered acts of violence that are in some way motivated or ‘tied to racist, anti-Muslim, homophobic, anti-Semitic, fascist, anti-government, or xenophobic motivations’. In 2017, the ‘Unite the Right’ rally in Charlottesville stained academia, news crews and public audiences with an attentive sensitivity to right-leaning violence and radical right groups engaging in strategic action.

Radical right-related violent extremism has steadily found its way into the public eye and features in the monthly digest of American news. For instance, in October 2018, the Proud Boys, a West Coast radical right group, was broadcasted dispensing a vitriolic display of violence against an ideologically opposed group in streets of New York. The CCTV footage that featured the Proud Boys’ attack was a vivid reminder of the allurement and impetuous nature of group mentality. It must be noted that the Federal Bureau of Investigation’s attention towards the Proud Boys as an ‘extremist group with ties to white nationalism’, has coincidentally coincided with Gavin McInnes’ renouncement as institutor and leader of the group.

Providing the Proud Boys’ with a stream of enthusiastic aggression with comedic undercurrents, McInnes captaincy offered direction for the group’s masculine culture and direction strategically during street appearances. Depending on the group’s interpretation or assignment of culpability for McInnes’ relinquishment, this may delimit or accelerate the group’s motivation to remain violently active.

Extreme-right groups regulate the intake of members by balancing exclusory and inclusory tactics. Radical-right groups can deny membership to identities antithetical to their ideology, purpose or group culture, while remaining inviting or marketing companionship to those aligned. This double-logic or social dynamic facilitates the conscious macro-formation of collective identities, such as ‘Us’ and the ‘Other’, and is highlighted in both offline and online domains.

The exclusion-inclusion dynamic is reinforced by cyclic notions of aggression and self-victimization at the hands of the perceived opposition or the ‘Other’. For example, American right-wing provocateurs advance the sweeping generality that ‘un-American’ identities are a threat to American societal well-being. Here, the threat is comprised of ‘un-Americans’ and their potentiality to disrupt, or destabilize the dominant socio-cultural hierarchy for ‘real-Americans’.

After receiving this message, radical-right groups perceive themselves as victims and seek to isolate and eradicate the assailing identity. Based on radical right conceptions, this initiates a mass-bifurcation of the American population by conceptually segregating ‘un-American’ identities from ‘true-Americans’. This process of identification can also foam a feeling of relationship or propinquity amongst the defensive collective. While times fraught with threat can spark the inclusion of potential members, it can simultaneously encourage those who share in the grievance or the revered stature of the favored side, to fervently join in synchronous action such as marching, chanting or violence.

Extreme-right groups consider themselves in some way defenders of national culture and territory. This is symbolized (at times) by either the threat of losing or the reward of gaining metaphorical territory over the influence of the ‘Other’. As a show of territoriality, the collective will publically parade and privately engage in synchronous gestures to ferment solidarity and quell perceived encroachment. In August 2017, during the ‘Untie the Right’ rally at Charlottesville, radical right demonstrators echoed discriminatory anti-Semitic chants in synchrony, such as:

‘Jews will not replace us’.

Britain’s radical-right groups Britain First and the English Defence League, similarly couple features of ‘Otherization’ with various Islamophobic chants in synchrony, such as:

‘Muslim killers, off our streets’.

‘Muslim paedos (pedophiles), off our streets’.

It must be highlighted in its obviousness that this tactic is not exclusive to or even born out of the radical right. The synchrony-solidarity effect has been an effective tool in willing the might of tribes, movements, and militaries over millennia, attesting to its psychological potency and persistent presence amongst radical right groups today. Synchronous gestures fortify a group’s collective identity, sense of togetherness and encourages cooperation and compliance in executing aggressive action. Wiltermuth (2009, 2012) and Heath (2009) illustrate the concatenation of effect that the synchrony-solidarity dynamic reliably predicts. Suggesting that acts of synchrony can:

Therefore, for radical right street groups facing off against the ‘Other’ in synchrony provides an opportunity to distillate friend from foe, indoctrinate ideology and purpose, formulate an emotionally-laden collective identity through experience and effectively employ individuals for aggressive behavior. The success of this effect on radical right groups has become amplified as a consequence of the inauguration of Donald Trump as President.

The Trump Effect: A Group Leader Or Lone Inspirer

Aided by the reigning political authority in the US, the posture of radical right groups has become progressively pronounced. Additionally, individuals sympathetic to right-wing grievances are increasingly willing to coalesce and form organized fronts of hostility. The ‘Unite the Right’ rally at Charlottesville in August 2017 is an exemplar for the US radical right’s revivified willingness and solidarity during strategic action under Donald Trump’s Presidency.

However, in October 2018, the US experienced an orchestrated act of radical right terrorism. The Floridian Cesar Sayoc Jr., who holds an extended criminal past and existed in a state of impecuniosity and homelessness upon arrest, was detained for mailing 14 improvised explosive devices to 12 well-known critics of US President Donald Trump and the US right-wing movement.

Although Sayoc Jr. is not formally attached to a radical right group, the evidence that flowed following his incarceration clearly illustrated his fidelity to the Republican party and affinity for President Trump. This included images of Sayoc Jr. in exaltation during a Trump rally, details of his discriminatory online behavior and footage of the van, with which he lived and prepared the explosives, generously adorned in President Trump and Republican Party memorabilia. The connection between President Trump’s denouncement of certain identities and Sayoc Jr.’s chosen targets for his van-made pipe bombs is too close to ignore.

If President Trump is celebrated and pedestaled by right-wing extremists as a political authority to engage in physical violence, then the President’s vexatious slurs may have acted as leading direction for the soon-to-be right-wing terrorist. This Trump Effect raises sensitive lines of inquiry about the line of influence from the White House to radical right groups. Does President Trump offer individuals a degree of intimacy that alters their sense of belonging and direction for strategic action? Does this Presidential leaning lead individuals to believe that they exist in a nation-wide grouping that, like a street group, operates synchronously during rallies?

For instance, the chant “lock her up!” was characteristic of Trump’s Presidential campaign appearances whenever he spoke of his political opponent Hillary Clinton. Hillary, in turn, was one of the recipients of Sayoc Jr.’s pipe bombs. While it is necessary to point to and parse out these knots of inquiry and others like it, these points of contention are unable to be fully unraveled here. In the case of the US, however, as long as Donald Trump’s Presidency endures and the radical right community continues to feed on his inflammatory remarks, so must the understanding of group behavior, aggression and mentality remain at the fore of future radical right analysis.

Jade Hutchinson is a graduate from the University of Wollongong in Australia and holds a Bachelor in International and Sociology Studies. Jade is undertaking a Master of Research focusing on right-wing extremism at Macquarie University, in Australia. Jade maintains a position as an Early Career Researcher Fellow at the Centre for Analysis of the Radical Right.