The Right’s War On Science & Experts Escalates Amid COVID-19

The right's anti-intellectual assault on science and expertise has been taken to a new level by President Trump, the Republican Party, and right-wing media. 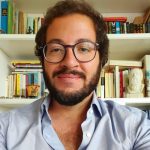 Dr. Valerio Alfonso Bruno and Dr. James F. Downes argue that far-right leaders have shown a disdain for experts and the wider role of science, despite the worsening COVID-19 global pandemic. They argue that the far-right strategy towards experts is often based on (a) silencing and (b) discrediting. They argue that the downplaying of expertise by the far-right has worrying implications for the current path of liberal democracy in global politics, with a ‘reverse wave’ on the horizon.

COVID-19 has profoundly changed global politics and the wider global political economy in 2020. Since the onset of the COVID-19 pandemic, a number of politicians on the far-right of the political spectrum have expressed strong anti-science and anti-expertise sentiment. The most striking examples can be found in liberal democratic governments, particularly in the United States with President Trump, and in Brazil with President Bolsonaro who has repeatedly downplayed the severity of COVID-19.

The current Conservative Administration under Prime Minister Boris Johnson has come under severe criticism for its handling and initial slow response to the COVID-19 pandemic. The USA is a striking example of the general skepticism displayed towards experts in recent months. Dr. Anthony Fauci, one of the foremost immunologists in the world and a prominent member of the White House Coronavirus Task Force has been the target of a harsh political campaign in the United States. Fauci has even been labeled as a scapegoat of Trump’s own failures in managing the wider pandemic. We argue that this scapegoating of Fauci is straight out of the far-right playbook.

We argue that there are two main strategies that the far-right tend to use in scapegoating experts. The first strategy from the far-right playbook is the ‘silencing’ of critics or experts. Since the end of March 2020, Dr. Fauci and the White House Coronavirus Task Force have not been a regular presence during the White House press briefings. This has caused a considerable degree of panic amongst many American citizens, with many previously being reassured and calmed by the presence of the leading immunologist. Furthermore, towards April 2020, the daily coronavirus task force briefings were halted, with Dr. Fauci making just four TV appearances in May after being a permanent fixture before. Dr. Fauci was effectively ‘silenced’ and sidelined by the Trump Administration.

Most significantly, dozens of false and dangerous claims (from hydroxychloroquine to prevent the virus to injecting disinfectant, up to the Sars-Cov-2 developed by a Chinese laboratory) were also made by President Trump himself. Towards the end of July, 2020, a spectacular u-turn was made by the Trump Administration, in outlining that he would resume holding coronavirus press briefings at the White House, as a sharp rise in cases across the nation coincides with his declining poll numbers.

The second strategy comprises the ‘discrediting’ of experts. Whilst it has not been possible to completely silence the White House Coronavirus Task Force under Dr. Fauci, President Trump and his Administration have adopted both a discrediting approach and a delegitimization process of health experts. At the beginning of July 2020, Dr. Fauci contradicted President Trump about the severity of the virus during a podcast. Whilst Trump replied that he has done an excellent job in combatting the COVID-19 pandemic, the renowned immunologist remarked, “As a country, when you compare us to other countries, I don’t think you can say we’re doing great. I mean, we’re just not”.

Trump later retorted that Dr. Fauci had “made a lot of mistakes”, pointing his finger at Dr. Fauci’s initial disagreement with him upon the travel ban to China (which proved to be ineffective) alongside the use of masks. Other media commentators also pointed out that President Trump and his top advisers have been attempting to discredit Dr. Fauci, exactly as coronavirus cases continue to surge dramatically in the United States.

The intention of this strategy is clear, to make Dr. Fauci appear as an incompetent and unreliable authority. Simply put, the more that Dr. Fauci opposes President Trump’s claims, the more he is portrayed and framed as not being “a good scientist”. Matteo Salvini the leader of the populist radical right party League (La Lega) has also proudly exhibited his ignorance towards science and expertise. The case of Salvini in Italy demonstrates that science and expertise are not only rejected but considered as detrimental overall to society.

The Decline of the United States

The Trump Administration’s handling of the COVID-19 pandemic has come at a sharp cost, particularly amongst (a) American voters and (b) at the international level. According to a nationally representative Pew survey conducted in May 2020, American citizens gave higher rankings to South Korea and Germany for their handling of the COVID-19 pandemic, as opposed to the Trump Administration.

Paradoxically, President Trump’s disregard for expertise, which may have initially helped him to galvanize his core vote base is now arguably hurting his electoral campaign. A higher proportion of respondents in Germany and the United States view China as the most influential world power in the face of waning United States hegemony. Furthermore, a new pan-European survey shows that a considerable amount of Europeans have been appalled by the chaotic response by the Trump Administration to COVID-19.

The Erosion of Liberal Democracy

Despite President Trump being a Republican and part of the ‘political establishment’, the President’s language and policies have often come under criticism for resembling populist radical right discourse (with a focus on nativism, authoritarianism, and populism) particularly that of anti-political establishment rhetoric, since entering the Oval Office in January 2017.

President Trump’s handling of COVID-19 and his Presidency to date has arguably led to significant erosion in liberal democracy. This so-called ‘reverse wave’ of liberal democracy is a frightening trend that goes beyond the confines of the United States and is symptomatic in global politics, particularly in Central-Eastern European countries such as Hungary and Poland, alongside Brazil in Latin America.

Dr. Valerio Alfonso Bruno is a political analyst and a Senior Fellow at the Centre for Analysis of the Radical Right (CARR). His analysis and articles have appeared, among others, on Al Jazeera, openDemocracy and Social Europe. You can follow him on Twitter: @ValerioA_Bruno