There is a well-financed, transnational movement against reproductive rights. This will have disastrous consequences for global health and human rights if it's not challenged. 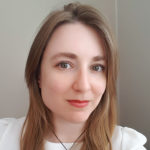 Lynda Gilby is a PhD researcher in global health and development at Tampere University in Finland. She specializes in the lobbying efforts of right-wing opposition to sexual and reproductive health and rights, and the wider impacts on global health governance more broadly.

During the years of the Trump Administration, the United States government took a leadership role in the global anti-abortion coalition building, organizing meetings with representatives of foreign governments on the side of high-level UN meetings to specifically denounce sexual and reproductive health and rights (SRHR), and attempted to broaden the alliance to reject SRHR in international negotiations.

On October 22, 2020, the Trump Administration announced the signing of the Geneva Consensus Declaration, a global pro-family anti-abortion document in an attempt to broaden and strengthen the global anti-abortion coalition. During the years of the Trump Administration, every method of foreign policy available was deployed in an attempt to silence any mention of abortion, or sexual and reproductive health and rights in UN documents, spearheading the movement. But now that Trump has left the White House, the question remains; what happens to this coalition now?

Global anti-abortion groups, operating independently of who is in government, financed by dark money, utilize a wealth of lobbying, political advocacy and litigation powers. In recent years, they have begun to manipulate traditional human rights norms into rights for the unborn and the ‘natural family’, signaling a move from argumentation on religious grounds towards legal ones.

In the US, anti-abortion activists are attempting to develop an anti-abortion framework to recognize fetal personhood under the Fourteenth Amendment, therefore allowing a fetus equal protection under the law and rendering abortions as unconstitutional. A similar move was made in the EU to argue that life begins at the point of conception and therefore requires protection under EU law. This was subsequently rejected by The General Court.

The resurgent conservative backlash has taken a particular focus on the Organization for American States (OAS), which includes 35 independent states, where they are developing legal strategies to re-interpret inter-American human rights law. Anti-rights activists have been attempting to manipulate the Inter-American Human Rights System to establish protection from the point of conception and argue that this precludes the decriminalization of abortion. Simultaneously, framings of ‘attacks on national sovereignty’ have been used here as well to suggest that the Inter-American Human Rights system, which upholds SRHR are “tantamount to ideological impositions”.

The ADF International, a US Christian ‘legal army’, is also involved in legal efforts around the world in cases involving the ‘sanctity of life’, and has offices located near EU institutions in Brussels, Geneva, Vienna and Strasbourg, as well as branches in South Asia and Latin America.

The global anti-SRHR coalition extends far beyond any US Republican administration and is part of a wider-ranging backlash on ‘gender ideology’, which also includes opposition to  LGBTQI rights and gender equality. The broader anti-gender movement sees an alignment of authoritarian leaders, the religious right, and right-wing populists, often framed around the defense of sovereignty. There has been an insistence to prioritize, and include references to, national sovereignty, which creates roadblocks during discussions and slows down the process of reaching an agreement.

This was evidenced most recently this month in actions taken by Russia at a UN High-Level Meeting on HIV/AIDS. 73 changes were made to a political declaration during the meeting in response to Russia’s objections, after which they proposed further last-minute oral amendments, and in the end refused to support the declaration. Objections included references to ‘rights’, and ending discriminatory laws, which Russia said was an “affront to family values” and interfered with national sovereignty. Nicaragua, Belarus and Syria also voted against the declaration. The declaration had been negotiated over two months in order to try to accommodate Russia’s objections.

At the 74th World Health Assembly in May this year, Russia, along with Eswatini, Mozambique and Zambia, entered an amendment to a resolution on ending violence against children, which specifically crossed out sexuality education. There was also a resolution supported by 15 signatories of the Geneva Consensus Declaration to grant The Holy See, a steadfast opponent of SRHR, permanent observer status at the World Health Assembly.

The increasing politicization of SRHR has seen an inability to reach an agreement across a range of issues impacting health. In cases where an agreement has been reached, and has not been watered down, these ‘wins’ can be overshadowed by opposing statements by conservative governments, as well as joint country statements, demonstrating the competing politics and coalition building that international negotiations continue to be subject to.

Transnational anti-SRHR organizations strategically set up offices to have direct access to policymakers and regional decision-making bodies in order to enact lobbying and advocacy efforts. Last year Open Democracy uncovered $280 million spent by US Christian Right groups globally since 2007, with the aim of influencing laws, policies, and public opinions in other countries. In recent weeks, two detailed reports have been released detailing the global efforts of anti-SRHR actors to infiltrate international negotiations and remove references to SRHR.

The Association for Women’s Rights in Development (AWID) report detailed how, aside from direct attacks on the UN such as the defunding of UN agencies, anti-rights actors infiltrate the UN with the aim of changing the system from the inside out by providing training for delegates, watering down human rights agreements, promoting a parallel human rights framework, and infiltrating NGO committees. In a process referred to as ‘NGOization’, religious groups form non-governmental organizations and seek to obtain consultative status in order to obtain access to negotiations at international bodies such as the UN and the OAS.

The European Parliamentary Forum for Sexual and Reproductive Health and Rights (EPF) also issued a report last month which identified $707.2 million originating from the US, Russia, and Europe which was spent on anti-gender funding in Europe between 2009 – 2018, the largest share of which $437.7 million came from within Europe. The report found that European anti-gender networks are widespread, with NGOs acting transnationally as funders of anti-gender initiatives, with headquarters based in Belgium, France, the Netherlands, Spain, and Poland. Similarly, conservative foundations directly funded anti-abortion lobbying, anti-gender political activism and support of conservative candidates, and so-called ‘pro-family’ initiatives in multiple member states.

This demonstrates not just the influence of the US Christian Right, but widespread opposition located within Europe actively supporting opposition to SRHR at the level of member states, but also mobilizing around EU institutions.

The investigative work by Open Democracy, EPF, and AWID shows that this well-financed form of transnational political interference, with disastrous consequences for global health and human rights, let alone democracy, must be challenged.

Anti-gender networks are well established, and anti-SRHR activities will continue regardless of who is in government. And while SRHR advocates have worked hard to keep progressive action high on the international agenda, they are unlikely to change the positions of authoritarian or populist leaders, and what remains is the opposition overshadowing negotiations with the potential to weaken agreements. With domestic politics becoming integrated in countries’ foreign policy, attention must also be paid to the state level, where they formulate their stances to take to international negotiations.

Although Trump has left the White House, and the new Biden Administration strongly supports SRHR and renounced the Geneva Consensus Declaration, Russia has demonstrated a willingness to launch a staunch opposition to SRHR and gender equality. Anti-SRHR actors are creating challenges in formulating a common EU position on SRHR, and transnational advocacy and legal organizations supporting anti-SRHR efforts and continued lobbying of country positions on SRHR, mean that deadlocks in international forums will continue. What will be key to watch, is how the alliances continue to form and tactics which they use to oppose, and remove, SRHR language in international documents.

Lynda Gilby is a PhD researcher in global health and development at Tampere University in Finland. She specializes in the lobbying efforts of right-wing opposition to sexual and reproductive health and rights, and the wider impacts on global health governance more broadly.