Ahead of the September 9 elections, the violent imaginaries of this radical right party with white supremacist roots are taking hold. 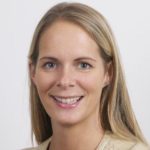 by: Cathrine Thorleifsson on September 7, 2018

The populist radical right Sweden Democrats are heading for yet another record result in the Swedish parliamentary elections on 9 September, polling at around 20% behind the ruling Social Democrats. The party – founded in 1988 as a white supremacist group – has under the leadership of Jimmie Åksesson strived to distance itself from its skinhead past and mainstream the party. While the party has spent significant time expunging its extreme right image of the past, the main focus of the Sweden Democrats political campaigning has still been focused on ‘bread-and-butter’ issues of the populist radical right – namely the alleged threats posed by migration to the Swedish nation, cultural heritage, and security. SD politicians have routinely nurtured this logic – constructing their own discourse of a nation endangered by European integration and Muslim migration.

Swedish radical right leaders and supporters often deploy violent imaginaries of Sweden in their resistance to immigration, Islam and multiculturalism; all of which they believe threaten the imagined purity of a national people. This (mainly Swedish) dystopia is not only used by Swedish radical right actors. During my six months of ethnographic fieldwork amongst politicians and supporters of the radical right in England (UKIP), Hungary (Jobbik) and Norway (Progress Party), I was particularly struck by my interlocutors’ preoccupation with Sweden. The country of nearly ten million citizens was routinely imagined as a violent place where Muslim immigration had turned areas into ghettos, sharia law was being practiced and rape was commonplace.

What I term the ‘Swedish dystopia’ captures the process through which radical right actors interpret and connect particular acts of violence and spatial identity through decontextualized rhetoric and discourses. In the radical right translation of individual acts of violence, violent qualities are ascribed to entire nation-states and categories of people, in particular, Muslims, who are marked as threats to national identity and (Judeo)-Christian civilization. At the heart of the Swedish dystopia lies the idea that Sweden is undergoing a rapid and highly aggressive process of Islamisation, with Muslims becoming a key ‘enemy of the people.’

A crucial feature of this Swedish dystopia is its dual character. This very dystopia is defined through its opposite – the utopian myth and nostalgia for Sweden as an ethno-racial pure nation (Hinde 2016). At the turn of the century, Sweden played a key role in the construction of the white race and was a world-leading knowledge production center for scientific racism. The Swedes were praised as being the ‘whites of all whites,’ and as a consequence, the elite race of humankind itself. Like elsewhere in Europe, the ideal of cultural and racial homogeneity resulted in discrimination, forced assimilation, and dispossession of minoritized Others, in particular, the indigenous Sami population, Jews, Roma, and travelers. While there have been multiple studies revealing the state atrocities committed against minorities in the name of national unity (Andersson 2007), the fantasy of an ethno-racial pure Sweden still holds a central place within radical nationalists imaginaries.

Sweden, nonetheless, has a long tradition of liberal asylum and integration policies and since the second half of the nineteenth century, immigration to Sweden has been substantial. In 2011 the Swedish immigrant population consisted of approximately 15 % foreign-born individuals and another 4 % with both parents born abroad (Hellstrøm 2016: 36). Although there are no exact statistical records by religion in Sweden, it is estimated that the number of individuals with a Muslim background has increased from just a couple of families in the 1950s, via approximately 100,000 at the end of 1980s, around 200,000 in 1996, to approximately 350,000 individuals in 2000 (Bevelander and Otterbeck 2007).

While Sweden has been a constant point of reference for radical right actors for decades, it seems that the uses of the Swedish dystopia gained a stronger position in their discursive repertoire in the wake of the so-called refugee crisis of 2015. During 2015, Sweden received a record 163,000 asylum seekers, more per capita than any other state in Europe. Although the crime rates were roughly the same level in Sweden in 2015 as in 2005, the radical right exploited insecurities associated with the refugee crisis to establish a connection between migrants, in particular of Muslim background, with a rise in crime. While Sweden is still a much safer place than most of Europe and the US, the dystopian imaginaries of Sweden are used by the radical right further afield to nurture anxieties about multiculturalism and extra-European immigration.

In the UK, Raheem Kassam, former London chief editor of Breitbart and chief advisor to previous UKIP leader Nigel Farage, released in 2017 a book titled ‘No-go-zones – how Sharia law is coming to a neighborhood near you.’ The book cover depicts the Statue of Liberty wearing a burqa and one chapter in the book is titled ‘from Malmö, with rape.’ In a dystopian outlook propagating stereotypical views about Muslim leaders and their followers, Kassam perpetuates the myth that there are urban enclaves in Sweden where Sharia law is imposed by Islamic leaders on residents and the police and authorities have lost control. He claims that Sweden and Europe are rapidly approaching Islamification and worries that the US in on a similar trajectory.

The Swedish dystopia not only entails a message of alarm and warning. Across European contexts radical right actors have used the Swedish dystopia as a central trope in their mobilization and anti-immigration strategies. In 2016, Hungary’s Jobbik and their governing partner Fidesz perpetuated myths about Sweden as part of a campaign leading up to a national referendum on refugee quotas. In a discourse conflating displacement with international terrorism, scaremongering about Sweden’s no-go-zones were used to secure votes against the Franco-German quota proposal, forcing countries to take an obligatory number of forced migrants (Thorleifsson 2017).

In the campaign leading up to the General Election in Norway 2017 and as noted in a prior blog by Senior Fellow Mette Wiggen, Sylvi Listhaug, the immigration minister from the populist Progress party, frequently warned that Norway must not allow ‘Swedish conditions’ to develop. Situating the dystopia in a dark and dangerous present, she conjured up an even darker future for those who did not support the party’s call for stricter anti-immigration measures. The message was clear: We don’t want the ‘Swedish conditions’ to spill over the border.

Dr. Cathrine Thorleifsson (b.1982) is a researcher at the Centre for Research on Extremism at the University of Oslo, Norway. She earned her PhD from the London School of Economics and Political Science in 2012. Cathrine is the author of Nationalism and the Politics of Fear in Israel (I.B. Tauris 2015) and Nationalist Responses to the Crises in Europe: old and new hatreds (Routledge 2018). You can reach her at [email protected]