The far-right has continued their multimedia propaganda efforts, this time, they're turning to comics books in an attempt to target younger people. 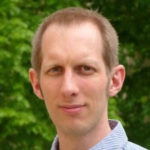 Bernhard Forchtner is associate professor at the School of Media, Communication and Sociology, University of Leicester (United Kingdom). Currently, his research focuses on environmental communication and the far right. Relevant publications include the edited volume The Far Right and the Environment (Routledge, 2019), ‘Climate change and the far right’ (WIREs Climate Change, 2019) and a Special Issue of Patterns of Prejudice on ‘Cultural Imaginaries of the Extreme Right’ (2019, with C. Kølvraa).

Comics have long become a popular genre of entertainment and, given their emotiveness and the immediacy of the image-word arrangement, it comes as no surprise that the far right, too, has utilized them. Indeed, by blurring the real and the fictional, the informative and the entertaining, the ‘fictionalization of politics’ via comics can mobilize people for far-right projects.

Examples on the far right range from short, unsophisticated attempts by Alternative for Germany (a comic on particulates and one on a regional election) to rather extensive graphic novels by the Freedom Party of Austria: The Blue Planet was reportedly sent to about 500,000 young voters during the 2009 European election campaign, while Sagas from Vienna mobilized anti-Turkish sentiment during the 2010 local election campaign in Vienna.

However, it is not only political parties that have tried to capitalize on the nature of comics. Rather, and staying within the German-speaking area, recent years have seen a series of far-right non-party comics, including La Banda Reconquista (2018), Der Vigilant (2020) and Hydra Comics #1 (2020; hydra is a mythological creature which regrows two heads as soon as one is cut off).

This latest attempt should be seen in the context of a (New-Right) strategy to maintain a youthful image able to engage in a pre-political space and struggle for ‘cultural hegemony’. As such, these actors need to simulate a vibrant counter-culture (as activism, from occupations to interventions, has been in decline), something Hydra Comics #1 has achieved by causing a stir inside and outside the far right. Indeed, another example is the recently published retro-style Jump-‘n’-Run video game Heimat Defender: Rebellion, a project which generated even more publicity inside and outside the far-right and Germany.

Both projects originated within the New Right milieu and received funding from ‘Germany’s largest patriotic citizen network’ as the far-right funder, Ein Prozent (1 per cent), presents itself. With Hydra Comics, One Percent stays in the headlines, though this project’s patriotism relies on an editor, Michael Schäfer, who is former federal chairman of the extreme-right youth organization of the National Democratic Party of Germany.

As Hydra Comics explains on its blog, it aims ‘to close the glaring omission in the German-speaking comics scene and in the field of graphic art’ and to work towards a situation ‘in which a person’s talent takes precedence over an ideology prescribed by the mainstream. In line with these claims, the comic presents itself as ‘politically incorrect picture stories’ and ‘against synchronisation’ (using the Nazi term Gleichschaltung), thus framing itself right from the cover as giving a voice to those allegedly silenced.

The only issue published so far contains the beginnings of three stories plus two portrayals of artists, as well as advertising, e.g. for the aforementioned video game and the initiative’s online shop in which one can, amongst other things, buy a graphic novel covering the life of the Japanese coup-attempter (followed by ritual suicide), Yukio Mishima.

Regarding these three stories – which are supposed to be completed in subsequent issues – let me highlight the first one, which is the most developed one and prominently presented on the issue’s cover page. It is entitled ‘Wiedergutmachung‘ (reparation/to make amends; literally: to make good again), referring to the death of one of the main character’s his wife and daughter in the course of an Islamist terror act and/or grievances concerning welcoming refugees in 2015 (though the German term is also connected to reparations paid by Germany to victims of National Socialism after World War II, thus, possibly attempting to appropriate it).

The story starts in September 2019 with a student, Alexander, looking back and telling a fellow student what happened in 2016. Already on this first page, references to the far right are visible as Alexander’s room features what seems to be a poster of the aforementioned Mishima, two issues of the (now closed down) far-right youth magazine Arcadi and a book on or by Heidegger. The story revolves around Alexander making the acquaintance of a professor of physics at a fraternity house (another reference to a particular far-right subculture, one also present in both aforementioned comics by the Freedom Party) and, subsequently, nothing less than time travel.

Indeed, the professor, Herbert Brunner, asks Alexander to join his research project on time travel (handily, a Chromomanipulator helps to prevent serious consequences as long as time travelers do not intervene directly in their lives). Yet, in December 2016, Herbert’s wife and daughter are killed by an Islamic terrorist during the Breitscheitplatz attack in Berlin. To prevent this from happening, Herbert becomes increasingly desperate in his attempts to prevent their death and, with the help of Alexander, ultimately informs his younger self (let’s call the latter Herbert2). Herbert2, to save his family, leaves Germany to ‘escape the madness that has seized this country’, emigrating to anti-immigrant, anti-LGBT+ and anti-Soros Hungary.

Upon his return, and as history has been changed, Alexander finds an empty office. The final page, leading into the next issue, reveals that Alexander returned his Chromomanipulator to someone at the university (instead of destroying it as per Herbert’s instructions), though it ended up in a government agency, while Herbert, who did not return to avoid confusing the timeline, appears to continue to time travel.

Will Hydra Comics #1 seduce others? Unlikely. While the comic contains various cultural and political references to the far right, the quality of its stories and drawings is meager. In fact, the comic provoked a debate within the comic scene concerning demarcation from the far right. And although Hydra Comics constitutes another site of struggle for cultural hegemony and could offer a forum for far-right artists to professionalize, ultimately, feeding into both their political spectrum and beyond, it is at least as likely that the project provides the far right with little more than a few colorful images.

Bernhard Forchtner is associate professor at the School of Media, Communication and Sociology, University of Leicester (United Kingdom). Currently, his research focuses on environmental communication and the far right. Relevant publications include the edited volume The Far Right and the Environment (Routledge, 2019), ‘Climate change and the far right’ (WIREs Climate Change, 2019) and a Special Issue of Patterns of Prejudice on ‘Cultural Imaginaries of the Extreme Right’ (2019, with C. Kølvraa).