Countries in the eastern part of the EU are marching towards illiberalism and autocracy, and cozying up to Putin. 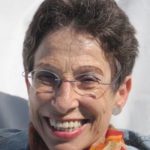 The Austrian Habsburg Empire was famous for its motto: ‘not to lead wars but instead, to marry [and to colonize more territories]’; frequently repeated in Latin, bella gerant alii, tu felix Austria, nube! Austrian politicians seem to have recently remembered this strategy for expansion and have decided to stage their weddings in a similar fashion. Of course, everyone invited – and far beyond – knew that the guest of honor at Foreign Minister’s Karin Kneissl’s wedding on 18 August 2018, the Russian President Vladimir Putin, would subsequently instrumentalize his brief visit as a symbol of gratitude for the continuous support for his politics.

Strikingly, this is despite the Austrian government currently holding the EU Presidency, making it part and parcel of the EU’s decision-making on sanctions against Russia’s foreign policy (above all in respect to Ukraine, but also in Syria and elsewhere). Indeed, media reports interpreted Kneissl’s waltz with, and dropping a curtsey in front of, Putin as acceptance of Putin’s illiberal and authoritarian regime. Although the Austrian Chancellor Sebastian Kurz, of the Austrian People’s Party (ÖVP), quickly responded to international criticism that this had been a purely private event and that the government had not been informed of Kneissl’s invitation to Putin, he personally left the wedding party immediately after Putin’s departure. Austrian taxpayers had to foot the bill for the enormous security measures needed to protect this quasi-state visit.

In the aftermath of this widely-covered wedding, Vice-Chancellor HC Strache (of the Austrian Freedom Party, FPÖ) announced that he would invite to his wedding fellow radical right politician and head of La Lega, the Italian Interior Minister Matteo Salvini, and leading European ‘illiberal democrat’, Prime Minister Viktor Orbán (of the Fidesz party in Hungary). This was because, he claimed, both are regarded as close friends. Strache then even maintained that Putin’s brief visit at Kneissl’s wedding would enhance Austrian tourism and should be regarded as a boost to the Austrian economy. Thus, we can expect another quasi-private event where radical-right protagonists will be shown amongst Austrian high society.

Naturally, no one should begrudge any politician their happiness and relaxation. However, these events must be interpreted as elements of a symbolic politics, which serve to unify the European radical right across national lines. All protagonists mentioned above support various forms of authoritarian and exclusionary politics, as famously defined by the Hungarian Prime Minister Viktor Orbán in his speech on 30 July 2014:

“…the new state that we are constructing in Hungary is an illiberal state, a non-liberal state. It does not reject the fundamental principles of liberalism such as freedom, and I could list a few more, but it does not make this ideology the central element of state organization, but instead includes a different, special, national approach.”

Orbán defined this form of ‘illiberal democracy’ as rejecting the toleration of minorities, while supporting strong forms of majoritarianism. He strongly emphasized the value of nationalism (in Hungary’s case, the country’s uniqueness vis-a-vis the EU and its 27 EU member states) and even separatism. The Hungarian Constitution, which was revised and accepted by the Hungarian Parliament on 25 April 2011, reflects Fidesz’s illiberal values – exemplified by curtailing freedom of the press; reforming the electoral system in unfair ways; infringing upon checks and balances by undermining the independence of judiciary, and so forth (Uitz 2015, 285-288). In Poland, developments like that in Hungary, under the national-conservative government of the PiS Party and its leader Jarosław Kaczyński, are continuing apace. Indeed, Sutkowski (2018, 17-18) labels this new Polish form of governance “neo-authoritarianism”.

Accordingly, liberal democracies cannot be solely defined by the fact that elections are formally held, as Möllers and Schneider (2018, 7ff) maintain. More than this, the protection of opposition parties and movements, freedom of opinion and press, fair elections and the independence of the judicial system, must all be guaranteed in liberal democracies. Möllers and Schneider further emphasize that potential future majorities must be protected, entailing that the opposition must retain institutional opportunities to win majorities at a next election. This specific criterion is necessary to prevent the rise of authoritarian practices.

Most of breaches of the constitutional order, such as freedom of opinion, freedom of assembly, freedom of the press, and the independence of the legal system in illiberal democracies (especially Poland and Hungary) and in EU member states, which are possibly on their way down this route (Czech Republic, Romania, Slovakia, Italy, Austria), are not explicit. Instead, they are made in small – and often, seemingly unimportant – symbolic steps like the intervention into the Supreme Court in Poland, where replacing previously-irremovable judges was implemented through a small, banal paragraph regarding the retirement age of judges, even though the Constitution sets a fixed term for Supreme Court Judges.  In this case, some of the Supreme Court Judges resisted, causing this incident to make international headlines. Nevertheless, such breaches are often imperceptible to the public, who are overwhelmed by “managed media” and “expert talk”. As Grabbe and Lehner (2017, 3) argue, these changes imply “mind-closing narratives” which are obviously “gaining force as formerly liberal politicians run after populists”.

On 12 September 2018, the European Parliament recommended triggering sanction proceedings (Article 7) against Hungary as a comprehensive report provides evidence of serious violations of EU values. Article 7 is a mechanism of the Lisbon Treaty that opens a precise procedure for determining sanctions against a member state and a temporary loss of EU Council voting rights. It is triggered when a member state violates European values and the rule of law.  However, it remains to be seen if the measure has enough support to proceed to the next stage, where a four-fifths majority of member states in the EU Council must determine that Hungary is indeed in clear breach of EU values, and thus decide to adopt the proposal.

Moreover, Fidesz continues to be a member of the European People’s Party (EPP). Despite his anti-EU rhetoric and illiberal policies, Orbán has not yet been marginalized within the group. Thus, it also remains to be seen if the EPP will now decide to exclude Fidesz; or continue to protect Fidesz. In case of “expulsion”, Strache and Salvini have already invited Orbán to join the European radical right party “Europe of Nations and Freedom” (ENF) to which they belong.

Grabbe, Heather, and Stefan Lehner. 2017. The Closing of the European Mind – And How to Reopen it.

Wodak, Ruth. 2018. ‘“ Entering the ‘Post-Shame Era’ – the Rise of Illiberal Democracy, Populism and Neo-Authoritarianism in EUrope”: The case of the turquoise-blue government in Austria 2017/2018’ in ‘The Limits of EUrope’, Special Issue; Global Discourse (edited by Russell Foster and Jan Grzymski) (in press).