The Stock Market Is Not The Economy

While markets are seeing all-time highs, everyday Americans, especially people of color and women, are still struggling in the COVID-19 recession. 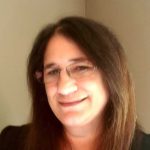 Photo by Chris Li on Unsplash

I remember growing up and fearing gas prices. From what my young mind could understand, the price of gasoline was a huge indicator of how well people would do economically. That was the 1970’s & 80’s and I was picking up on whatever the adults around me were feeling. The Gallup Daily tracking survey on consumer confidence will be explained in an upcoming issue of Review of Economics and Statistics (October 2020) and might help me explore that a bit, because now I do know that gas prices are not actually predictive of economic activity.

Trump tried to play off the common misconception that low gas prices are indicative of a good economy in his RNC speech last week when he said “We will greatly expand energy development, continuing to remain the number one in the world and keep America energy-independent. And for those of you that still drive a car, look how low your gasoline bill is. You haven’t seen that in a long time.”

But if the price of gas cannot tell me what to expect from the economy, what can? The Gross Domestic Product (GDP)? Rantt’s Greg Fish explained that wasn’t working either and now President Trump touts the stock market as if it’s indicative of a healthy economy. That isn’t true let me tell you why.

The majority of economists currently believe the American economy is in the worst recession since the Great Depression (some even say we are in a depression). But the headlines keep ringing the bell on the stock market breaking records, or how the $600 in unemployment benefits provided by the CARES Act “rescued” the American economy, or how auto sales are booming, or how home prices are high. That all makes it sound like things are going well for the economy, but the reality is that it is only going well for those who already have money, not for those who need to make money.

According to Gallup “95% of workers in low-income households — defined as those making less than $36,000 per year — have either been laid off as a result of the coronavirus (37%) or have seen a loss of income (58%).” This includes service workers, people in the arts, small business owners, people who work in construction, transportation, manufacturing, and maintenance. Basically, the people who keep things moving for us during a crisis.

Are these the people who own stock or homes? No. These are not the people benefitting from a good stock market and high home prices.

Who owns stocks in America?

While we might see a report that states 55% of American adults own stocks, that does not mean that they have extra money to play with and are actively trading and making wealth. Most Americans with money “in the stock market,” are those that have money in retirement accounts such as a 401(K). According to the Pew Research Center, only 14% of American families are directly invested in individual stocks.

The rise in the market is benefitting those that can already afford to dabble, or completely rely on investments to grow their wealth. If you are white, if you are over age 55, or if your income is over $100,000 you are more likely to have more assets in stock. That means you have to have money to make money. A stunning reality identified by the Federal Reserve is that the median net worth of white families is nearly 10 times that of Black families. The gap in the jobless rates between whites and Blacks got worse for the third straight month in July.

Racial And Gender Disparities In The COVID Recession

After seeing the gaps in jobless rates close between races for the last 48 years, 2019 saw the lowest gap ever between whites and Blacks at just a 2 point difference. The pandemic has caused us to slide backwards and Blacks now have a 5.4% higher rate of unemployment than whites.

While a tone-deaf 80’s popstar might call COVID-19 “the great equalizer,” reality is much starker for women and communities of color. Communities of color experience a lack of health insurance, lack of access to medical care, less or no paid sick leave, deal with long-standing income disparities, and are at a higher risk for COVID. We can see from examining unemployment, poverty, and food sufficiency, that the pandemic is going to place Black and women-led households at a much greater disadvantage.

While the CARES Act stimulus did initially help lower the poverty rate, continued unemployment will hit women harder. Women are more likely to work in the service and retail industries than men and women filed more unemployment claims in the early weeks of the pandemic than men did, which The Fuller Project highlighted.

According to a survey conducted by the U.S. Census Bureau, 87.6% of adults in households with incomes of $25,000 or less planned to use their stimulus payments to meet expenses. While adults in households that make between $75,000 and $99,999 were more likely to pay off debt or put the stimulus money into savings (people who filed taxes as single for 2018 or 2019 and had income between $75,000 and $99,999 were eligible for a reduced stimulus payment).

The people in that higher bracket are the ones who can afford to help pump up the stock market giving us the illusion that “everything is fine.” When the American economy requires this much government spending the Federal Reserve starts printing more money which brings the value of the dollar down and reduces basic interest rates. For people who can only spend their stimulus money on necessities, the performance of the stock market means nothing, especially if you cannot work.

The same survey showed that “of those not working, women ages 25-44 are almost three times as likely as men to not be working due to childcare demands.”

When people are not working they have to worry about food.

The Institute for Policy Research at Northwestern University analyzed the U.S. Census survey and found that food insufficiency is having a larger impact on communities of color.

We hear a lot about “food insecurity” when talking about poverty, but what does that really mean? Food insecurity can be defined as the access to get enough food for health and food sufficiency is actually having enough food for health. While food insecurity and insufficiency rates rise across all ethnicities during recessions, Black and Hispanic households already experience food insufficiency rates that are twice that of White households. This is due to a variety of factors including food deserts, transportation deserts, and income disparities.

Add the potential for evictions on top of income and food disparities and we wind up with a very grim picture.

The Aspen Institute estimates that 30-40 million people in America are at risk for eviction. With the federal moratorium on evictions ending on July 24th, many landlords have been raising rent, issuing late fees and starting the eviction process. The CDC just decided to extend the moratorium but it’s unclear how effective that will be because, as Politico notes, a federal moratorium “shields barely a quarter of the nation’s 44 million rental units — only residents of buildings that have federally guaranteed mortgages.”

In a country where 47.5% of all renter households are already spending over 50% of their monthly income on rent (making them “rental cost-burdened”), the situation gets even worse if you are Black or Latinx because then you are “disproportionately likely to be low-income and rental cost-burdened.” Communities of color make up 80% of the population already facing eviction prior to the COVID pandemic.

Where are all these people going to go? They certainly are not going to buy homes.

Who is buying homes?

NBC News senior economic and business correspondent Ali Velshi has stated that “The collapse of interest rates has also made buying real estate—for those with good credit & funds for down payment—the best deal it’s been in over a decade.”

Again, it is the people who already have money. Those with high-paying salaries, those with enough savings to weather the pandemic-related downturn are the ones who will benefit. The affluent are buying more and larger homes because there are lower interest rates (in some locales there are worries of out-of-staters buying up property due to folks looking for alternatives to big-city living), and renters are facing a glut of evictions which will disproportionately impact already struggling minority households.

In the United States a “Small Business Owner” is someone who owns a business with fewer than 500 employees and has less than $7 million in annual revenues. This can vary from a lone florist working from home to a business with 499 employees with global reach which means that statistically, 99.9% of U.S. businesses are small businesses.

With $2.3 Trillion in stimulus money being handed out you might think we should be OK, but 25% of that money went to large corporations.

According to data compiled by the National Federation of Independent Business (NFIB), 84% of small business owners who utilized the Paycheck Protection Program (PPP) Loans offered through the CARES Act stated they have now used up the entire loan and are waiting for their lenders to start processing loan forgiveness applications. They are on the brink of collapse and our representatives are overwhelmed dealing with COVID-19, protests about social injustice, and a presidential election.

Both the House of Representatives and the Senate left for August Recess without a deal for additional relief. The House did return from recess to address the crisis with the United States Postal Service.

With Trump playing up the stock market and shouting out “I’m great! Look what I do for the economy! Vote for me!” it is difficult to hear that the reality is far from the narrative he wants you to buy into. We all want the economy to be great, it is good for all of us if the American economy is booming, let’s just try to keep our eyes on the true measures of what a good economy is, and that is an economy that is good for everyone.

Don’t let anyone tell you the economy is fine, that America is fine. Don’t let politicians get away with ignoring the reality of where we are. If you already have wealth you will be doing just fine, but down here in the trenches with the 91% of us that do not make $100,000 a year or more, hold on for a rocky ride.

Christina is a communication educator and community organizer who focuses on rhetoric and bias. She has presented to law enforcement, human services workers, and high school groups about ending the stigma of mental illness and other biases.