“Siege” Culture And The Radical Right

An influential neo-Nazi brought James Mason’s "Siege" approach to radical right terrorism back into the mainstream. It's even more relevant today. 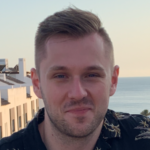 Although originally written and revised multiple times across the 1980s, James Mason’s Siege re-emerged as an influential force in 2015, when a neo-Nazi ideologue called ‘Alexander Slavros’ began to quote from and digitally disseminate the text on his influential neo-fascist forum, Ironmarch, including releasing an updated version for the first time in a dozen years.

Slavros dutifully translated Mason’s violent notions for a digital age, championing Siege as the blueprint to ‘Aryan’ victory against the ‘System’. To do this, Slavros used his influence as creator and administrator of Ironmarch between 2011 and 2017 to disseminate texts valorizing, developing, and amplifying Siege – to the point of turning a book into a ‘culture’, culminating in a rebirth of Mason’s ideology in the 21st century.

More specifically, an online scrape by the Southern Poverty Law Centre’s Hatewatch, for instance, shows that Slavros began mentioning Siege in 2015 – around the time of Atomwaffen Division’s public emergence – and gradually wove its subject-matter into other topics and threads. He often provided links to download the text, followed by a catchphrase that quickly gained popularity on Ironmarch: “Read SIEGE!”. The website helped to create a devoted, young, and militant sub-culture that encouraged neo-Nazi extremism, glorified acts of terrorism, and venerated those carrying it out as ‘martyrs’ in an alleged ‘White Jihad’.

Beyond waxing lyrical about Siege’s violent content, Slavros composed several book-length texts aiming to make the Siege ethos palatable primarily to contemporary Anglophone youth. Slavros’ radicalizing texts are central to ‘Siege culture’, but have yet to receive much attention outside of this neo-fascist sub-culture. In briefly doing so here, a number of key themes contributing to ‘Siege Culture’ are detectable in Slavros’ writings, and will be identified.

Before doing so, however, it should be reiterated how important Ironmarch was in disseminating these materials and promoting a rebirth in youthful neo-Nazi militancy. Bearing this out, Ironmarch was the incubator for many of the recent neo-Nazi groups explicitly established by and for youth: National Action (NA), Atomwaffen Division (AWD), Freuerkrieg Division (FKD), Sonnenkieg Division (SKD), and several other transnational offshoots like the Antipodean Resistance:

All were united by what is now called ‘accelerationism’; or in the words of James Mason, revolutionary National Socialists who “do not wish to rock the boat, we intend to SINK IT”. Slavros has consistently advocated attacking the System to accelerate its decline, so as to promote a rebirth of a new racialized order. The Nov. 2015, 55-page ‘Mental Liberation’, for example, praises attacks on the poisonous “System” like Anders Breivik’s suggestion this provides a blueprint to usher in a new order based on their version of ‘Truth’; a spiritual system of biological and racial hierarchy. For Slavros, the primary means of accelerating the decline of the System is through violent revolution, and fascists are “at war with this society”.

Accordingly, Slavros is consistent in his incitement of violence. His 2014 anthology Next Leap decreed that violence was “legitimate in service of Truth”. Since contemporary fascists cannot hope to emulate Mussolini or Hitler’s historical development due to societal constraints, Slavros emphasized the efficacy of violence “against a political target to radicalise a segment of supporters and pave the way for future action”.

He praised the impact of Breivik and Thomas Mair (the killer of Labour MP Jo Cox and member of Britain First) on society, citing a drop in mass immigration and the passing of the Brexit referendum as positive aspects of violent fascist action, imploring his devotees to take part in future attacks. Rather than symbolic targets or “cogs in the machine” that are easily replaced were deterred, Slavros envisioned assaulting the System’s stability and survival, “the machinery that pumps poison throughout society”.

For this reason, Slavros’ conception of Siege rejected ‘Movementarians’ (the neo-fascists reject the alt-right calls for a ‘mass movement approach’, seeing this as ultimately resulting in compromise and thus a rejection of their ‘Truth’. Rather they place “quality over quantity.”) working through even explicitly neo-Nazi political organizations. In Siege, Mason has repeatedly argued that alliances with ‘less radical’ members of the right resulted in compromise and ideological dilution.

Following Mason, Slavros insists that ‘Siege culture’ must reject all compromise and alliances, refusing to “not punch right”. One of Slavros’ key essays, ‘Zero Tolerance’, professes just that for anyone who is not a fascist or National Socialist; rejecting all coalitions, alliances and unifications in a process known as ‘purity spiraling’. Slavros’s anti-Movementarian stance is simply a tech-savvy version of Mason’s Siege, inciting violence amongst a vanguard cadre and rejecting all that would compromise or dilute them in their ‘purity’ of the neo-Nazi message.

Following Mason’s endorsement – and in fact founding – of the concept of ‘lone wolf’ terrorism, Slavros used the medium of Ironmarch to widely disseminate this tactic amongst the neo-Nazi youth fringe alongside the concept of ‘leaderless resistance’ emboldened by Louis Beam (Klan member and neo-fascist). The 60-page ‘Path of Gods’ shows that Slavros revered Breivik, invoking a re-radicalizing phrase from Mein Kampf: “the strong man is mightiest when alone”.

There is a consistent adoration, verging on worship, for lone-wolf style of attacks. Channeling Mason, Slavros used Ironmarch to firmly establish lone wolf attacks in the twisted imaginations of many violent right-wing extremists into the mainstream for the radical-right and set a blueprint for future success in bringing down the system. This provided a stark contrast with his ferocious criticism of modern mass-movement tactics, particularly of the alt-right.

It’s hard to imagine that ‘Siege culture’ would have become so influential without the fanatical dedication of Slavros’s updating of fascist ideology via Ironmarch, thus forcing its rebirth. While more research is needed to fully understand the role played by ‘Siege Culture’ in molding contemporary fascist political beliefs, there can be no doubt that Slavros played a fundamental role. It is one that witnessed him continuously encouraging acts of political violence in his blogs and longer texts, which provided both the motives and blueprint for carrying them out.

As the incubator for this terrorist incitement, Ironmarch was not only influential in securing youth engagement with Siege itself. Vice found a total of at least nine fascist groups in nine different countries affiliated with the website before its collapse in 2017. Ultimately Ironmarch was able to make ‘Siege culture’ a real-world phenomenon amongst young, online activists. Ironmarch may have gone, but ‘Siege culture’ remains, first migrating to the short-lived Fascist Forge website before playing whack-a-mole on smaller social media platforms, even once holding its own specific ‘Siege Culture’ website.

With SIEGE’s enduring legacy and its apparent resonance with large portions of the neo-fascist milieu, the threat of violence will undoubtedly remain for some time. Members of the Left, minorities, and even ‘moderate’ elements of the radical-right can expect to be a target as SIEGE adherents seek to bring down the System.

James Hardy is Research and Policy Intern at the Centre for Analysis of the Radical Right (CARR), focusing primarily on terrorism and radicalisation; having previously graduated with his MA in Terrorism, Security and Society at King’s College London. James’ field of research has varied by focusing on Siege culture and extremism within the radical right as well as radical Islamism - completing his MA dissertation on a comparative study of ISIS within similar-minded insurgencies.