The women of the 2020 Democratic Primary are leading on detailed policies, experience and expertise. If we don't recognize this, we'll be poorer for it. 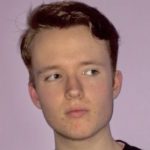 A record number of women are running in the 2020 Democratic Primary, including 4 senators and a representative. They have a diverse array of experience, from Senator Kamala Harris (D-CA); former California Attorney General, to Senator Elizabeth Warren (D-MA), who proposed and established the Consumer Financial Protection Bureau. They also cover a wide ideological spectrum  -  Senator Elizabeth Warren, Senator Kirsten Gillibrand (D-NY and, Marianne Williamson are on the left of the party - favoring policies such as ‘Medicare for All’, while Senator Amy Klobuchar (D-MN) has staked out a more moderate position, opposing such progressive policies in favor of more incremental change.

Most of the female candidates have strong electoral records too - Klobuchar won Minnesota by 24 points in 2018 after Trump came within 2 points of beating Hillary in 2016, meanwhile, Gillibrand’s 72.2% of the vote in New York in 2012 gave her the record of highest victory margin for any statewide candidate in New York. In doing so, Gillibrand won 24 of the 26 counties that Mitt Romney won against Obama in New York in the presidential election held on the same day.

What all of this shows is that the female candidates are definitely some of the most impressive candidates for 2020 and the diverse range of policies and experience offered by them as well as their strong electoral records mean that every Democrat should be able to get behind at least one of them.

If your main concern is winning rural voters, Klobuchar’s electoral record should make her your candidate. Or, if you want someone who can win a debate against Trump, Kamala Harris’ interrogation of various Trump nominee’s suggest that she should be your top candidate. Want a strong progressive who’ll fight for working people?  Then, Elizabeth Warren’s your best choice. Still not sold? Want someone who’ll prioritize women’s rights?  Well, you’re in luck, that’s the cornerstone of Kirsten Gillibrand’s campaign. Or, if you want your candidate to offer the strongest possible contrast to hate and division, Marianne Williamson is calling for a “moral and spiritual awakening” in America and, finally, if military experience is important to you; Representative Tulsi Gabbard (D-HI) was a member of the Hawaii Army National Guard.

All told, the female 2020 Democratic candidates should be running away with the nomination, but they’re not. According to the latest Morning Consult poll, just 20% of Democratic voters plan to vote for one of the six female candidates running and, a February Monmouth poll may help to shine a light on why this is the case. The poll showed that 56% of Democratic voters would rather a 2020 candidate who they think is ‘electable’ even if they disagree with them on a lot of policies, as opposed to 33% of respondents who would rather a candidate they agree with more but believe will find it harder to beat Trump.

As aforementioned, there’s no statistical evidence to suggest the male candidates in the race are any more electable than the women, in fact, they may even be less electable. Indeed 9 of the major Democrats running for President were up for election to either the House or Senate in 2018 and the four women included in this figure (Gabbard, Gillibrand, Klobuchar, Warren) outperformed the partisan leans of their districts/states by an average of 12.25 percentage points, as opposed to the five men (Seth Moulton, Beto O’Rourke, Tim Ryan, Bernie Sanders, Eric Swalwell) who did so by 11 points on average.

However, the perception of electability that is causing the biggest problem for the women running for president as there is an inherent belief among many that America isn’t ready for a female president. Indeed 538’s Perry Bacon Jr, summarized this by saying, “Discussions of electability are often really about identity - and they tend to come down negatively on nonwhite and non-male candidates”.

Women candidates also face a likability bias, meaning that when they do run for higher office they are often seen as unlikeable - derided as ‘bossy’ and ‘pushy’ and conversely when they are seen to be likable, this is interpreted as demonstrating incompetence, i.e. not being tough enough to do the job.

The likability bias was on full show in the 2016 election and evidently is again in 2020. Indeed, after the announcement of Warren’s candidacy for President, Politico wrote, “How does Warren avoid a [Hillary] Clinton redux - written off as too unlikeable before her campaign gets off the ground”. This is also important because when people see negative coverage of female candidates they are less likely to see them as ‘electable’, further worsening the ‘electability’ problem faced by women running for president.

Another term used to make it harder for women in politics to succeed is ‘identity politics’. The term is often used to suggest that Democrats focus too much on race and women’s issues and it is used to suggest that people vote for female candidates because of their gender rather than on based on their merits - thus diminishing the achievements of women. However, for many people, identity politics is just politics, it’s inescapable - everyone has different identities; be it based on their gender, race, sexuality, etc. and these identities directly shape our life experiences, so of course they are going to shape our politics too. Moreover, the term is almost exclusively used when talking about women, black people, and the LGBT+ community. However, the 2017 Charlottesville white supremacist rally and, Trump’s response that there were ” very fine people on both sides”, shows that white identity politics is alive and kicking too.

The glass ceiling faced by women in politics is the reason why America has never had a female president, the reason why men outnumber women 3–1 in the Senate and, the reason why this disparity is even greater in the House of Representatives. But as restrictive abortion bills are passed in more and more states, the importance of female representation is underscored more than ever.

Having a high proportion of women in politics means that issues, such as reproductive rights, are prioritized in a way that they wouldn’t be otherwise and, research has consistently showed the importance of gender diversity in all workplaces. Indeed, the most gender-diverse companies are 21% more likely to experience above-average profitability.

The importance of gender diversity in politics was demonstrated during the 2013 Government shutdown, where female senators were credited for re-opening the Government, with the late Republican Senator John McCain (R-AZ) saying, “leadership, I must fully admit, was provided primarily from women in the Senate” and, Democrat Mark Pryor adding, that having “women in the Senate is a good thing”. In fact, the committee that laid the framework for the debt deal that reopened the Government had near-equal gender representation with 6 out of 14 (or 43%) of its members being women. This level of representation of women was 2.3 times greater than that of the Senate as a whole in 2013, showing the importance of gender diversity in politics.

Rantt Media’s comprehensive articles source reporting from top news organizations, but they’re also built on brilliant analysis from our team. We are independently-owned and strive for quality, not clicks. We take pride in being reader-funded so that we are beholden to you, not corporate interests. If you like the work we do, please consider supporting us by signing up for our newsletter or joining our community chatroom where you can talk news with our team and other like-minded individuals:

Writer, blogger - Rantt Media. Previously written for: Backbench and PMP Magazine. Interested in a wide range of issues including: US and UK politics, Inequality, the environment and, women rights. Reach out to me on my Medium account: @tomwilliams0301