When analyzing the global collaboration between radical right groups, one needs to look no further than the Trump phenomenon, Brexit, and 20th-century British history. 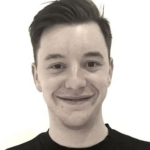 A core component, if not the core component of radical right ideology is nationalism (often described as nativism). Slogans of the radical right, be it ‘Britain first’ or ‘make America great again’ demonstrate an inward-looking rhetoric which argues that the interests of the nation (constituted either ethnically, culturally or civically depending on the proponents) should be placed above all other concerns. Nationalism goes beyond this by blaming others for national problems, either other states or foreign ‘enemies within’, such as immigrants and ethnic minorities.

This implies isolationism and a hostility to outsiders, yet, it is palpably clear that the modern radical right operates just as internationally (if not more in some cases) than centrist and leftist political movements. This manifests itself in a number of ways. Far right parties collaborate in the European Parliament on a daily basis under umbrella groups such as Europe of Nations and Freedom which contains the Dutch Freedom Party, National Rally of France (previously National Front), Italy’s Northern League and the Austrian Freedom Party among others. Parties offer encouragement and support to nationalist parties in other countries at times of election.

The far right uses social media for transnational activism on a number of different platforms such as YouTube, Reddit, 4Chan, Twitter and Facebook and has become synonymous with the (debatably) new ‘alt-right’ movement. Far right movements such as Generation Identity now discuss themselves as Europeans more than British, Swedish etc. Far right activists such as Tommy Robinson, have cultivated images as global activists whose message is just as relevant in the USA as the UK, demonstrating that the far right is increasingly broadening their activities to a bigger level than the nation-state.

Some of the most prominent collaborations in Britain recently have included, at a high level, that between former leader of Ukip, Nigel Farage and US President Donald Trump. Farage has advised Trump about Theresa May’s recent Brexit withdrawal agreement and has offered support for radical right politicians in the US before, including Trump and Roy Moore. Trump’s former election strategist, Steve Bannon, has similarly worked with Farage and even met more ‘moderate’ Conservative members such as Boris Johnson and Jacob Rees-Mogg. At a lower level, the transnational radical right Identitarian movement set up a UK chapter – Generation Identity – to add to prominent branches in Germany, Sweden, France and Austria in 2017 – demonstrating that the desire to develop overseas networks has become key to the radical right’s strategy.

As stated, the radical right has become a collaborative international enterprise. This is not new as such and has existed since the fascist movements of the interwar period. The British Union of Fascists, for example, took their ideas, money, and support from fascist Italy and Nazi Germany. They supported and championed Franco during the Spanish Civil War and other nationalist movements. Post-war radical right and neo-Nazi groups similarly shared resources and ideas with likeminded chapters across the globe, such as European and the United States white supremacist groups. This had a counter-productive effect on their appeal in Britain as they were seen, far from British patriots, but as foreign imports and during increased tensions with Nazi Germany – agents of a hostile enemy state.

A brief look at the history of the far right in Britain, for example, also demonstrates that there are significant limitations to internationalism outside the realm of basic strategic and moral support. In terms of ideology and policy, nationalism does place significant wedges between radical right groups which render most forms of internationalism superficial.

The British Union of Fascists (1932-40) sought to create an imperial fascist network of likeminded movements within the dominions of the British Empire during the 1930s. Arguing initially that there was no distinction between an Australian, a South African or an Englishman, leader Oswald Mosley sought to create a fascist Empire spanning the globe called the ‘New Empire Union’. Yet, it became obvious very quickly that the competing demands of nationalist groups in Dominions were incompatible. The Australian New Guard were hostile to Japanese expansionism and argued British help was required to stave off the threat. Mosley was committed to British isolationism and no more foreign wars. For both Australian and British movements, imperial unity made a vague appeal to conservative imperialists, yet in practice, meant very little.

South African fascist movements were calling for more independence for the dominion and to shake off British rule which had crushed them following the Boer War. Leader L.T. Weichardt told the British section in no uncertain terms: ‘the vast majority of South Africans now think of the [South African] Union as an entirely independent state, sovereign in all matters both internal and external, whose connexion to the British Crown and Empire is purely voluntary’. Imperial fascism died shortly after when it became obvious that not only did they agree on little, other than ideas of race and anti-Semitism, they had hardly anything in common when agreeing on substantive policy.

These seemingly obscure examples may appear irrelevant to events today. Yet they demonstrate the difficulty of nationalist collaboration outside the realm of uniting against perceived common enemies. We must understand the radical right today as a movement with significant transnational tendencies and capabilities. However, the limitations of radical right internationalism are clear and whilst having some propaganda value, has not fundamentally altered the nationalism which lies at the heart of radical right politics.

Dr. Paul Stocker is a historian and expert on the radical right in Britain and Europe. He is author of English Uprising: Brexit and the Mainstreaming of the Far Right (Melville House, 2017) and is a Senior Fellow at the Centre for Analysis of the Radical Right.