Right-wing terrorist manifestos are more than just ideological proclamations. Like the Al Qaeda Training Manual, these manifestos are propaganda providing tactical guidance to terrorists around the world. 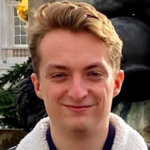 Jack Scates is a research intern at the Centre for Analysis of the Radical Right. He recently graduated from his MA in Terrorism, Security and Society at King’s College London with a distinction after attaining a BA in History at the University of Birmingham having studied the “History of Terrorism” as a specialist subject.

The Right-Wing Terrorist Threat Picture & Criteria for a Fifth Wave

On February 22, 2021, the UN Secretary-General Antonio Guterres warned of the “transnational threat” posed by white supremacism and neo-Nazi ideologies, joining the global call for right-wing extremism to be recognized as a global substantive source of terrorism. The statistical evidence supporting a global rise in right-wing extremist (RWE) violence is irrefutable; in the United States of America, RWEs were responsible for 75% of extremist-related murders (2011 to 2020). Similarly, the Institute for Economics and Peace registered a 320% increase in right-wing inspired terrorist incidents between 2013 and 2018 in “Western Nations.”

This trend has led academics to dub our current epoch as a “fifth wave” of international terrorism, referring to David Rapoport’s (2004) definition of an international terrorist wave as “a cycle of [terrorist] activity” with “similar activities” occurring internationally. After the 1979 Iranian Revolution according to Rapoport, the world entered the “religious wave” (fourth wave) dominated by Islamist terrorism.

In a recent interview, this doyen of terrorism wave theory acknowledged that increased Western “far right-terror” could become the fifth wave. In the spirit of academic humility, Rapoport highlighted limitations to the right-wing’s fifth wave paradigm, such as the lack of “political transformation” or events associated with triggering “all four previous waves.” Nevertheless, after the January 6, 2021 Capitol Siege attended by RWE groups, FBI Director Christopher Wray warned that it could inspire extremists; could this be the major political event that Rapaport describes?

Vincent Auger highlighted the “international character” of right-wing “fifth wave” terrorism, highlighting right-wing-terrorist lone actors (RWLA) who see themselves as engaged in a “transnational struggle.” Auger included a number of Rapoport’s criteria for a wave, but neglected to mention one of the most tangible elements of the current, stochastic fifth wave we are witnessing; i.e. that it must produce a “Science of Terror“, which are “major technical works that reflect the properties of that wave”. RWLA “manifestos” constitute a “science of terror,” and this piece will use Graham Macklin’s criteria to show how these manifestos and previous “science[s] of terror” serve the same three purposes:

‘Science of Terror” Criteria 1: The Provision of Ideological Justification:

The provision of ideological justification for terrorist actions is a crucial element of RWLA manifestos, which revolve around “race, immigration and religion” or theories like “great replacement.” Anders Breivik’s manifesto 2083: A European Declaration of Independence (2011), released prior to his murder of 77 people, attempted to provide an ideological justification using the counter-jihadist Eurabia theory which he referenced 171 times; he contended that his victims were “Cultural Marxists” behind “Islamist colonisation” claiming he acted to prevent “genocide”.

Similarly, in March 2019, Christchurch terrorist Brenton Tarrant attempted to use his manifesto (titled: Great Replacement) to provide an ideological justification for his murder of 51 Muslim worshippers, citing the “great replacement” forty-six times and claiming self-defense against a Muslim “invasion”. The ideological justification provided in each manifesto differs according to the author’s prejudices; John Earnest’s manifesto entitled An Open Letter – distributed prior to his attack on the Poway synagogue in San Diego – referenced Tarrant’s manifesto as a “catalyst” for his violence, but also made antisemitic justifications.

Previous waves bare this trend out. In Rapoport’s first anarchist wave, Sergey Nechayev’s Revolutionary Catechism (1869) sets out ideological parameters of terrorism which must include a “single passion for revolution” to destroy the “aristocracy” and liberate “the masses.” Similarly, in the fourth religious wave, the Al Qaeda training manual provides ideological justification for terrorism through perversions of Islamic teachings like “die not except in a state of Islam” to inspire suicidal terrorism. This particular science of terror was expertly analyzed by Jerold Post in 2004, who outlined the ways in which excerpts from the Quran were distorted throughout the manual to justify terrorism. The similarities between the RWLA manifestos and these two works in their provision of ideological justification illustrates the mounting evidence of the central notion that RWLA manifestos contribute to a science of terror, even if the narratives used vary.

‘Science of Terror’ Criteria 2: A Call to Arms for Future Violence

RWLA manifestoes encourage violence; Tarrant’s manifesto stated its intention to “incite violence”, urging attacks on Muslim targets. This has had some effect on the ideological motive of others, but has not necessarily dictated the target of such violence in the fifth wave. After Patrick Crusius’ white supremacist shooting spree in El Paso (2019) targeting Latin Americans killing 22 people, his manifesto entitled The Inconvenient Truth came to light, stating that the “Hispanic community” was not his target until he read the Great Replacement and saw Hispanic immigration to the US within the context of Tarrant’s invasion rhetoric.

Manifestos have an international impact, encouraging and shaping the next RWLA attack. Tarrant’s framing of Muslim immigration was enough of an existential threat to interact with and motivate Crusius’s anti-Latino prejudices to force him into action. In a similar way, the Al Qaeda manual created a sense of urgency for others to perpetrate acts of violence by distorting religious teachings, it utilizes Sheikh Ibn Tamai’s teachings to encourage Muslims to “recapture control over their destiny” through the use of violence.

During Rapoport’s second and third wave, the Irish Republican Army (IRA) conducted terrorist operations; producing the Green Book as a training and induction manual given to new volunteers – this work was undoubtedly a science of terror, calling for violence by advocating a “war of attrition” alongside a “bombing campaign.” Evidently, the encouragement of violence is prevalent in previous science of terror examples and RWLA manifestos.

Importantly, the internet allows the RWE call-to-action to travel further. This was taken to a new level by Tarrant through “livestreaming” his attack, increasing the ‘gamification’ of terror, whereby RWE forums comment on the number of victims in each attack and their desire to beat a “high score.” Tarrant’s livestream deliberately imitated a “first-person shooter video game” to “inspire his viewers.” The attack video was uploaded 2.7 million times on Facebook, and while they removed 2.4 million, hundreds of thousands of versions remain in circulation. This gamification of terror was imitated by Earnest in his attempt to livestream his attack and again by Stephen Baillet whose attack is detailed below. This imitation shows a desire amongst RWEs to follow the science of terror from previous attacks.

‘Science of Terror’ Criteria 3: The Provision of Tactical Guidance

RWLA manifestos provide technical guidance for would-be imitators. Breivik’s manifesto instructed the splitting of potential targets into categories of “traitors”, in a “planning the operation” section that included ammonium nitrate explosive instructions. In February 2020, white supremacist Lt. Christopher Hasson (formerly of the US Coast Guard) was sentenced to thirteen years in prison for firearms and drug charges. He had begun attack-planning according to Breivik’s instructions, including creating a categorized “hit-list” of potential targets, similar to Breivik’s list. This illustrates the international reach of RWLA manifestos, reinforcing right-wing extremism’s place as the fifth wave of terrorism.

Fifth-wave manifestos instruct imitators inspired by the corresponding attack. Baillet, an antisemite who in October 2019 killed two people outside of a Synagogue in Halle, used home-made firearms to demonstrate the “viability of improvised guns” and inspire copy-cats who lack “industrial-made equipment.” He included instructions for home-made weapons and explosives in his manifesto entitled A short pre-action report. This practice is now widespread among right-wing extremists; one set of instructions for a home-made shotgun disseminated by RWEs was viewed by over 2,000 Telegram users within 48 hours in 2019.

Similarly, Nechayev’s writings provide tactical instructions for anarchists, and like Breivik splits potential targets into “categories”, the first of which he condemns to death. Whilst his technical instructions do not approach Breivik or Ballet’s level of detail, he orders the study “mechanics, physics and chemistry” to manufacture weapons. Moreover, the Al Qaeda manual gives practical advice with a list of eighteen lessons including instructions on purchasing/handling weapons. Once again, the similarities between RWLA manifestos and key texts in Rapoport’s other waves are unmistakable, illustrating the right-wing’s science of terror.

Within the criminal space, RWLA manifestos are more dangerous than other pieces of extremist material due to their provision of tactical guidance. William Pierce’s Turner Diaries (1978) were linked to forty right-wing terrorist attacks between 1980 and 2016. Formatted as a manuscript from 2100, it details a future international race war from the perspective of a member of an antisemitic revolutionary group called the ‘organisation’ and provides general strategic guidance. However, the novel stops “a little short of being a “how to” manual for terrorism,” whereas the detailed guidance provided by RWLA manifestos alongside the corresponding RWLA attack means they go well beyond a ‘how to’ guide and include a demonstrative element.

Manifestos written by RWE terrorists are a “science of terror”, which should be included in any assessment of an RWE “fifth wave.” Manifestos should be instructive in any policy-making exercise conducted by nations who wish to stem the tide of right-wing extremism/terrorism. The impact of Breivik’s manifesto on Hasson, and of Tarrant’s on Crusius and Earnest, illustrate the effects of this “science of terror” and the chain reaction nature of the epoch of terror we are now living through.

These manifestos are more than just confessions; they are works of “propaganda, just like […] Al Qaeda’s Inspire magazine.” New Zealand has effectively banned Tarrant’s manifesto. Others must follow suit and recognize the RWE “science of terror” as part of the overall threat picture. Most individuals who read right-wing sciences of terror will never take physical action, but it only takes “one person to carry out a deadly terror attack” and the spread of technical guidance, ideological justifications, and encouragement of violence “lowers the hurdle for someone to take violent action”, to commit another atrocity like Oslo, Christchurch, El Paso, Poway or Hanau.

Nevertheless, journalist Jamie Robbins contends that it is impossible to “keep a lid” on terrorist manifestos and despite New Zealand banning Tarrant’s manifesto, Crusius accessed it anyway. There is the possibility that in banning the manifestos one gives them “instant authority among fringe groups” making them the “forbidden fruit” and increasing their attractiveness to extremists. Authorities will never be able to completely prevent the spread of such material, however, they do have a duty to make them hard to access and deny RWLAs the instant fame that they crave.

Jack Scates is a research intern at the Centre for Analysis of the Radical Right. He recently graduated from his MA in Terrorism, Security and Society at King’s College London with a distinction after attaining a BA in History at the University of Birmingham having studied the “History of Terrorism” as a specialist subject. Jack’s areas of study have included Islamism & Jihadism, lone actor terrorism and right-wing extremism – his MA thesis examined modern-day right-wing terrorism through the lens of wave theory.