Red Or Black Pill: How The Far-Right Appropriated The Matrix Metaphor

"Blackpilling" has taken on a violent misogynist meaning among incels and "redpilling" holds authoritarian meaning for the far-right. How did we get here? 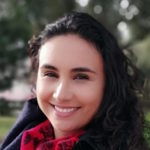 Photo by Sasha Freemind on Unsplash

Beatriz Buarque is a doctoral student from the University of Manchester who is investigating the legitimization of alt-right conspiracy theories in digital spaces. She is also the leading investigator of the independent research group MAFTI (Mapping the Far-right Truth Industry) and CEO/Founder of the award-winning NGO Words Heal the World.

In early August, a 22-year-old man perpetrated the worst non-terror-related mass shooting recorded in the UK since 2010 after describing himself as being “blackpilled” in a reference to a mutated version of the red pill displayed in the movie The Matrix. In digital spaces, to be blackpilled means one has discovered ‘the truth’ behind the difficulties in having sexual and/or romantic relationships with individuals from the opposite sex, especially women.

Similar to the red pill offered to Neo (played by Keanu Reeves) in the movie, the black pill opens the door to a painful truth. However, the black pill narrative found on the internet has acquired more fatalistic tones. According to it, no matter what you do, you will remain alone and only two options are on the table, accepting your fate (and suicide is often encouraged in some digital communities) or trying to change society through violence by killing members of  the opposite sex.

Although the British police have not discovered any links between the Plymouth attacker and far-right groups, narratives about the black pill are as easy to find in far-right discourses as ones about the red pill, and they both constitute powerful instruments of radicalization. In fact, the black pill is often described as a transformation of the red pill.

The origins of the appropriation of this pop culture concept by far-right narratives can be traced back to the emergence of the Neoreactionary movement (NRx) at the beginning of the century with the publication of a manifesto describing ten red pills “capable” of awakening individuals from illusions concerning democracy. The pills were presented in the form of small texts, opposing common understandings of democracy to the reality.

Since then, the red pill has acquired different meanings but all of them with strong conspiratorial tones: democracy is a scam produced by a small group of people; equality is not a universal value (it was fabricated as such by a global elite); an orchestrated mass immigration is exterminating the white race; Jews control banks and the culture industry; feminist theories have reduced women’s interest in romantic relationships, leading to white genocide.

The truths offered by the black pill narrative seem to be more limited. They suggest that women are only attracted to a particular type of man, due to biological and/or sociological reasons and the logic of affective relationships follows similar rules as the financial market in the sense that attractive and wealthy men tend to be naturally more successful in dating women than those who are perceived to have low value in the sexual marketplace.

Nevertheless, the black pill narrative can also be directly associated with the red pill one when, for example, it conveys the message that it is useless to try to find a female partner, either because feminist theories have reduced women’s interests in relationships, or because Disney and Hollywood movies have already established expectations of what male beauty should look like. In this sense, the red pill can operate as a door to truths that may motivate the internet user to take the black pill and adopt a more fatalistic worldview – and it is precisely here that one will find the mystique of the red or the black pill.

What has turned these narratives conveyed through the red and black pill so appealing? Why do individuals who engage with red pill narratives tend to self-isolate, jumping from one community to another? The pursuit of truth is at the core of the mystique of the red and the black pill and, despite its importance, it has been largely overlooked in the literature.

“I’m offering the truth. Nothing more”

In The Matrix, Neo is offered the red pill as a means of seeing the truth, as painful as it is. In the minutes prior to swallowing the pill, Neo says that he does not like the idea that he is not in control of his life. He wants to feel in control and the red pill is the way to achieve it.

Revisiting the Dialect of Enlightenment is particularly useful to understand how this scene regained popularity after more than two decades of the movie’s premiere. According to Theodor Adorno and Max Horkheimer, the culture industry has encompassed all our lives, bringing society to a stage of “constant sameness”. The pleasure derived from successful formulas and clichés has induced the masses to ask for more of the same.

When they wrote their famous essay, the power to produce cultural commodities was still in the hands of a few people who mastered audiovisual and editing techniques. Today, anyone can offer pleasure to the masses through independently made videos with reasonable quality and this accessibility seems to have facilitated the reappearance of the red pill with an additional detail: the masses no longer need to go to the cinema or watch TV to have access to the red pill.

The internet has maximized individual experiences, providing individuals the opportunity to effectively become protagonists of their own lives. By producing red/black pills or by engaging with it in digital spaces, internet users can autonomously embark on a personal journey toward truth – a journey that seems to be associated with a feeling of enjoyment (characteristic of pop culture artifacts). They can either play the hero, Neo, or the master, Morpheus – two characters who are trying to change the world after their awakening moment.

Boosting the mystique of the red and black pill

Considering solely the appropriation of the archetype of the red pill presented and reinforced through the movie The Matrix, references to it already hold a strong appeal with the public. However, narratives conveyed through the metaphorical taking of the red and black pills commonly found in far-right spaces seem to further potentialize their mystique because very often they are made of conspiracy theories produced in an authoritative way.

As a result, in addition to the enjoyment of pursuing the truth, the red and black pills also offer a sense of regained agency by indicating the root of the problem that has caused great anxiety in the individual. And, what is also important is that the explanation is not given by an ordinary internet user or communicated in an amateurish way. Usually, the red and black pill narratives are presented by self-proclaimed intellectuals or through audiovisual genres that are also associated by the public with truth – that is, journalism and documentaries.

All in all, the pursuit of truth is at the center of the three elements that constitute the mystique of the red and black pill that have torn families apart: References to a pop culture archetype, conspiratorial nature, and authoritative claims. Repetition plays an important role in the mental associations made by the public and, unfortunately, the mystique of the pills may be amplified even more with the premiere of The Matrix 4, which is due for release in December. In addition to millions of people who already see the red pill as an instrument to discover hidden truths, a new generation of truth-seekers may appear in a context in which the journey toward truth has been facilitated by digital media. Old and new generations may exchange experiences on the internet and this interaction could naturally lead to an enlargement of the truth market that has emerged around the red and the black pill.

Beatriz Buarque is a doctoral student from the University of Manchester who is investigating the legitimization of alt-right conspiracy theories in digital spaces. She is also the leading investigator of the independent research group MAFTI (Mapping the Far-right Truth Industry) and CEO/Founder of the award winning NGO Words Heal the World.