After Trump’s Insurrection Colleges Should Stop Coddling The Radical Right

Under the guise of free speech, right-wing extremism has thrived on college campuses. Colleges now need to work to preserve our democracy. 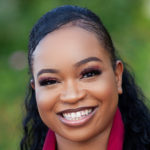 Alexandria C. Onuoha is a Ph.D. student in Applied Developmental Psychology at Suffolk University. Her primary research focuses on the messages of far-right groups and their impact on the development of Black women college students on campus and online.

My phone vibrated the day of the insurrection on Capitol Hill while I was in a panel. After the panel, I hurried off Zoom and I looked at Twitter. Photos of white men in MAGA hats, white men invading office spaces, and law enforcement having fellowship with domestic terrorists. Threads about our democracy failing were circulating on Twitter. My skin was hot. There isn’t much of a difference between what happened on Capitol Hill and what has begun in our colleges and universities.

I vividly remember 2016, my first year of undergrad at a predominantly white institution, and the day Trump won the presidential election. Students of color were unsure what would happen to them and their families, while wealthy white students pranced around in celebration as if they were in the Sound of Music. Trump’s presidency from 2016 to 2020, the year I graduated, tested institutions to uphold their diversity statements, and they failed.

Such statements include an institution’s goal and mission to uplift and support students from different backgrounds and to provide events and programming that celebrates their differences; some specify that they are against discrimination in any form. These statements should also include the well-being of students being vital to their campus experience. Discrimination and well-being are inextricably linked, so condemning hate speech is a part of protecting students. April Reign, founder of #OscarsSoWhite says “diversity is inviting everybody. Inclusion is actually asking people to dance once they are at the party”. Maybe we need to add protection in there too. Protection is when you make sure people get home safe.

Trump is the leader of this national fascist movement, and his policies and rhetoric align with the pillars of their beliefs. Correspondingly, Trump’s popularity among far-right groups sparked a change in norms on college campuses. It became normal to see Instagram pages and Twitter accounts of white male students claiming that they are oppressed by increased opportunities for students of color. Furthermore, promoting misogynoir and targeting Black women didn’t garner backlash from white students and administrators. Political groups were also able to infiltrate campuses. This is labeled as free speech and protected as such at many institutions.

What happened on Capitol Hill is also labeled as free speech. Words are just as violent, and if colleges and institutions do not find the tools to condemn far-right ideologies, the attack on Capitol Hill could happen on college campuses. The “free speech” defense is violent. Before I graduated, I sent an email to administrators explaining the deplorable comments I saw in regards to students of color, and a specific Black woman. Their response was the same response as the leaders of the United States. Nothing. Instead, administrators believe it’s an intellectual exercise to allow these comments to encourage dialogue between two political groups.

While intellectual exercises have their place and can spark fruitful dialogue, in 2021 it is tone-deaf. When the leader of a country incites violence and excites far-right groups, it is almost impossible for a healthy exchange. As a Black woman who put in the effort to create a safe campus for students, it was disheartening to hear that administrators couldn’t, and wouldn’t do anything about the comments. Such comments are allowing violence to harm Black women specifically.

Twitter was crowded with politicians and pundits who stressed that our democracy had been attacked on January 6 due to Trump supporters viciously making their way inside the U.S. Capitol in an attempt to overturn the presidential election. The harrowing event on Capitol Hill that left five people dead is an event similar to many that have transpired before. Indeed, Carol Anderson, Professor of African American Studies at Emory University and author of White Rage, might call this terrorist attack an act of White Rage. Using historical events, Anderson explains throughout the book that Black individuals’ attempted advancement essentially enrages white people. Ultimately, when Black individuals strive for a fair and just democracy, they become threats to far-right groups.

Just a few days before the attack, Georgia elected their first Black senator and first Jewish senator because of Black organizers, many of them trans, queer, women. For far-right groups, their existence and ideologies have been undermined and they are angered. Far-right groups weren’t satisfied with how democracy worked before the events that took place on Capitol Hill because they want to replace our political order with something more oppressive.

Joe Biden and Kamala Harris winning the presidential election, Black organizers striving to beat voter suppression, and Georgia becoming a blue state are all historical and victorious moments that foster a sense of hope, with Trump being the first president since 1992 to lose reelection. Far-right groups are enraged because this is far from their plans of community decline, white supremacy, and male supremacy. White Rage is one hell of a drug.

Trump has created an alliance with the Republican party that has plagued our nation for the last four years. The Republican Party has commissioned a fascist movement that has put everyone at risk, including college students. Elite colleges should have eyes like hawks because there are fascist groups recruiting in their institutions. The insurrection is not an isolated event. We must recognize the implications that far-right groups have on not only democracy but anywhere young people are. Colleges must take this event as a warning. We must create tools to condemn these ideologies and to protect students: colleges must start creating policies that condemn and denounce white supremacy to protect students, especially those at the margins.

As a PhD student in Applied Developmental Psychology in the Youth Equity & Sexuality Lab at Suffolk University in Boston, MA. I am currently working on a research project that explores the impact of far-right ideologies on Black women college students and will continue this conversation. My lab has published research on youth anti-fascist recruitment, and what took place on Capitol Hill was a fascist recruitment stunt.

Our democracy and our politics impact every aspect of our lives, and Black women especially deserve to thrive in educational spaces free from hate. We are often left out of these conversations. Also, the whiteness of far-right studies does not center the experiences of Black women, and the voices of Black women matter and can be used to help create change in institutions like higher education.

Fascism entered the doors of the U.S. Capitol and is on its way to college campuses. This is a brief call to action. Institutions need to protect the well-being of students. When you intentionally dismiss far-right ideologies cloaked as free speech it can negatively impact youth and their mental health and their environment. Diversity, Inclusion, Equity, and Protection.

Alexandria C. Onuoha is a Ph.D. student in Applied Developmental Psychology at Suffolk University. Her primary research focuses on the messages of far-right groups and their impact on the development of Black women college students on campus and online. The goal of her research is to provide strategies for higher education institutions to address far-right ideologies in efforts to create safe educational spaces for Black women. She also focuses on sexual violence posed by right-wing misogyny.