As the US and China make advances in quantum computing over the next decade, new threats will arise if this technology gets in the hands of the far-right. 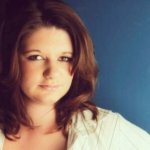 The next generation of the internet will rely on revolutionary new quantum technology – allowing for unhackable networks and exponentially faster computers. In the hands of an adversary, these quantum machines will break our best encryption protocols and provide new tools for cyber-attacks. In order to prevent the far-right from seizing and weaponizing this technology, regulators and legislators need to act now.

Thirty years have passed since Tim Berners-Lee invented the World Wide Web. In his 2019 open letter on the future of this technology, Berners-Lee opined that whilst the Web has created some wonderful opportunities, giving marginalized groups a voice, and making our daily lives easier, it has also created opportunities for the spreading of misinformation; provided a platform to those who disseminate hatred, and made many types of crime easier to commit.

The World Wide Web is a global information infrastructure that evolved with the advent of innovative social opportunities and technologies, from the ‘Web of documents’ (Web 1.0), through the ‘Web of the people’ (Web 2.0), to the ‘Web of linked data’ (Web 3.0 – the Semantic Web). Significantly, as the Web evolved so did extremism, with far-right groups and movements utilizing its technological advancements and expanding virtual networks to increase recruitment and accelerate radicalization on a global scale.

The expansion in the use of intelligent systems has resulted in classifications, decisions, and predictions frequently being based on algorithmic models ‘trained’ on large datasets of historical and social trends. An unforeseen concern of the wide-spread use of AI has been the exposure of citizens to disinformation, fake news, and extremist material. This has become a global socio-technical issue, as increasing numbers of extremists utilize social media powered by AI to increase the volume, diversity, and availability of propaganda.

While the internet has fundamentally transformed the way people interact and communicate, and provided the far-right with increasing opportunity to recruit and radicalize, its infrastructure and architecture has remained largely intact. Essentially, the internet, a network of networks, on top of which the Web sits, as its single most important application, runs on decades-old technology – this is going to change. The substantial growth of the number of new smart devices, and the ever-advancing Internet-of-things (IoT), means that so many more of the gadgets and devices that we use in our daily lives are connected over the Web. This has huge potential to make things better for society, ranging from making the national grid and water supply more efficient, and reducing carbon emissions by optimizing transport routes.

To achieve this, however, the internet requires an urgent update to its physical infrastructure. What’s more, the sharp rise in the number of interconnected devices increases the attack surface for cybercriminals and extremists. Today, much of the mechanisms that govern how information is being directed over the internet are based on transparent, shared protocols and procedures that predominantly emerged as a result of the interaction of a large number of stakeholders in society. Now that the time has come to rebuild the internet infrastructure to make it ready for the IoT and future quantum machines, state actors will want to have a much bigger say in its design. Indeed, we are currently witnessing a ‘turn to infrastructure’ in internet governance, by which states seek to extend their influence over the ways in which the internet is run.

The Rise Of Quantum Computing

The emergence of new quantum technologies exacerbates a big push towards state control. Key players, such as China and the United States, are currently engaged in competition to build rival versions of a future quantum internet, which has prompted some commentators to speak of a new quantum arms race between the two superpowers. Indeed, both countries have made much progress of late in developing component parts for a new internet that connects quantum computers over super-secure quantum communication channels.

Quantum computers exploit quantum phenomena, such as superposition and entanglement to build machines that can perform considerably more operations than any digital computer that is available today. This makes them exponentially faster while allowing them to run complex exercises in number-crunching that are intractable even for our most advanced supercomputers at present. The counterintuitive workings of the quantum world can also be used to secure the exchange of information in a way that is, at least in principle, unbreakable.

Coupled with a quantum computer, quantum communication channels will form the backbone of the quantum internet of the future. The first quantum machines can be expected to enter the stage in approximately ten years from now. Significantly, quantum computers will be able to crack encryption systems that secure much of our digital communication today; governments, security services, and the intelligence community, are naturally alarmed about this.

In the majority of instances, confidential data, and top-secret intelligence, must be stored securely for many decades. Thus, because quantum machines will slowly become available over the next ten years, the quantum internet already poses a significant challenge today. Governments will need to work out relatively soon, how they can best secure their systems against attacks from state and non-state actors that have a powerful quantum computer at their disposal.

How can the radical right exploit this?

There are a number of ways in which the far-right could capitalize on the new quantum internet. Firstly, and perhaps the most obvious, is that access to much faster computer facilities could allow for much more sophisticated and efficient disinformation campaigns, and increased opportunities for the dissemination of extremist propaganda. If the computational resources at the disposal of extremists scale up, this is likely to affect the ways in which recruiters operate. Indeed, the availability of novel computers may present new opportunities for bad actors that are difficult to anticipate today.

Quantum technologies will simultaneously make internal communication systems faster and more secure. Consequently, an adverse state actor could provide terrorist or extremist groups and organizations access to such systems in an attempt to destabilize western democracies. Technology and social media, particularly the platform Facebook, played a crucial role in the alleged Russian interference of the 2016 Presidential election of Donald Trump. As quantum technology becomes available to the masses, governments could potentially interfere with and fund elections, in an attempt to push extremist candidates.

Similarly, as future state actors will be granted much greater control over the way the internet works, it could become easier for governments to support and fund terrorist organizations and non-state actors’ operations abroad. Secure quantum communication makes it easier to hide from view the flow of capital to fund illicit activities. Moreover, the processing power of quantum computers is likely to put cryptocurrencies such as Bitcoin at risk, as they are feared to break the blockchain’s underlying code. The consequences of this are that it would be difficult to detect and thus any theft of funds may go unnoticed for long periods of time, which could provide extremists with ample opportunities to illicitly access money to fund their campaigns or activities.

Arguably, the single biggest problem could emerge from the secure database facilities that the quantum internet will provide. Principles such as Quantum Key Distribution will make possible the super-secure encryption of information across the quantum internet while also providing secure database solutions over an IoT-quantum cloud. By design, the providers of quantum cloud storage spaces and servers will not be able to monitor what kinds of material is being stored on their systems. This technology could therefore provide extremists with access to shared repositories that are entirely hidden from public view.

It is important to note that, in the early stages, due to the vast investment and purchasing costs of quantum devices, this new technology will likely be available to governments only. Given the benefits that bad actors could gain from accessing quantum technologies, legislators and regulators face the dilemma to work out if, when, and how they should introduce this new technology to the general public.

The recent leak of data of the social networking site Parler, provided law enforcement with an almost complete picture of the individuals involved with the violent attack on the U.S. Capitol in January 2021. Over a quantum internet, it will be much more difficult, if not outright impossible for security services to access the backend of networking sites, consequently providing a shelter for far-right actors, many of whom remain out of sight online for fear of being Doxed.

The potential manipulation of a quantum internet by far-right actors raises urgent questions regarding the regulation and governance regimes for the internet of the future. Governments face a trade-off between wide availability to foster innovation and restricted access to make sure the technology won’t fall into the wrong hands. Chief lessons learned from extremists’ use of the Web and AI for recruitment and radicalization suggest that legislators and regulators need to consider the socio-technical implications of networked technology.

When we consider what the Web was supposed to be, and what it has become, it is evidently clear that we cannot wait until quantum technology has arrived if we wish to respond to it proactively. A stronger focus on future technology now will aid the consideration of the ways in which a quantum internet could be exploited by malicious actors, how quantum technologies will accelerate the aforementioned turn to infrastructure in Internet governance, and what all this means for potential bad actors.

Ashton Kingdon is a PhD candidate in Web Science at the University of Southampton and a Doctoral Fellow at the Centre for Analysis of the Radical Right. Her research is interdisciplinary, combining criminology, history, and computer science to explore the ways in which right-wing extremists utilize technology for recruitment and radicalization, whilst giving equal weight to the subcultural elements of the users of this technology.