Pedophile Jeffrey Epstein’s Arrest Could Be Bad News For Trump 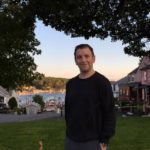 On Saturday, convicted sex offender and pedophile Jeffrey Epstein was arrested for allegedly sex trafficking dozens of underage women in New York and Florida between the years 2002–2005. The arrest was the culmination of a cooperative effort between the FBI and the Southern District of New York. Epstein appears in federal court in Manhattan on Monday, and could face up to 45 years in prison if convicted of the charges.

The new two-count indictment was unsealed on Monday morning and charged Epstein with sex trafficking and conspiracy. The indictment describes sex acts with girls as young as 14.

In 2008, Epstein was similarly charged with multiple sex crimes involving dozens of underage girls. Despite the seriousness of the charges in 2008, Epstein escaped significant jail time - and reportedly received immunity from federal charges due to a controversial plea agreement reached at the time. The curious circumstances of his prior plea deal, and more details surrounding that case have only recently become more widely known due to both reporting in the Miami Herald late last year, and recent developments in an ongoing court case.

In fact, Epstein’s arrest on Saturday comes on the heels of developments earlier last week in the U.S. Court of Appeals for the 2nd Circuit. In particular, the 2nd Circuit vacated a lower court’s earlier ruling, which had previously sealed thousands of pages, and ordered certain materials released, while at the same time remanding the case to the lower court for consideration of the release of the remaining records in a case involving Epstein.

As reported previously by the Miami Herald and subsequently in other publications, Epstein, in a controversial, secret deal had pleaded guilty in 2008 to certain state sex crimes and, at the time, received immunity from all federal charges. Those crimes included allegations of sex trafficking and rape of underage girls, at least 36 of whom alleged criminal conduct by Epstein, and which had previously led to a 53-page federal indictment. The plea deal shut down the federal investigation and resulted in Epstein and his co-conspirators receiving immunity on the federal charges with all documents sealed.

As a result of the prior plea deal, Epstein served only 13 months in prison in Florida, which included extremely limited “work release” which allowed him extensive travel outside of Florida. This curious plea agreement was arranged by Alexander Acosta, then a U.S. attorney. According to the Miami Herald, he did so, without notifying the alleged victims. As reported by ABC News, Acosta’s failure to notify the alleged victims violated the law according to a U.S. district court ruling in Florida in February of this year. This ruling could have the effect of nullifying Epstein’s earlier plea deal, although the district court ruling is currently being challenged, and the ultimate remedies are unclear for such a violation.

That said, the Epstein case (including these new charges) bears close watching not only on its own merits, but for the potential ties to Donald Trump. Unfortunately, and wrongly, this is an issue which has been severely underreported by the mainstream media to date.

While major media outlets seem fatigued by allegations of rape and sexual assault against Trump for some reason (see, e.g., the recent rape allegation brought by E. Jean Carroll from the 1990s which were met with essentially a collective yawn and shrug by the press and Republicans– as have at least 17 other credible accusations of sexual misconduct against Trump), the Epstein case represents not only a horrific set of facts, but potentially points to an extremely repugnant crime and cover-up that could involve Trump or his associates as well.

Epstein’s notorious sex parties reportedly featured many underage girls, and attendees were alleged to have included numerous high profile politicians and celebrities among the guests, according to the Second Circuit’s ruling this week. Over the years, rumors have surfaced linking former President Bill Clinton, Prince Andrew, and Trump, among others, to Epstein. In addition, Alan Dershowitz, who has been part of Epstein’s legal team has also been alleged to be present at such parties, which Dershowitz has denied.

So, how does the Epstein case relate specifically to Trump? Trump by his own admission has long considered Epstein - a convicted and registered sex offender - a friend, and has publicly cited Epstein’s affection for young (i.e., underage) girls. As reported in the Huffington Post on Sunday, according to Trump biographer Tim O’Brien in a tweet O’Brien posted on Saturday, Trump once said of Epstein in 2002 (in a conversation with New York Magazine): “I’ve known Jeff for fifteen years. Terrific guy. He’s a lot of fun to be with. It is even said that he likes beautiful women as much as I do, and many of them are on the younger side.”

There is also Epstein’s odd invocation of the Fifth Amendment when asked about Trump in his 2010 deposition.

From a 2010 deposition of Jeffrey Epstein:

“Q. Have you ever socialized with Donald Trump in the presence of females under the age of 18?
“A: Though I’d like to answer that question, at least today I’m going to have to assert my Fifth, Sixth, and 14th Amendment rights, sir.” https://t.co/yB8pwTV4gU

But, it’s more than just Trump’s friendship with Epstein and their apparent (creepy) affection for younger women that this case implicates.

Indeed, one of Epstein’s purported trafficking victims, Virginia Giuffre, has alleged in court filings related to a defamation suit against Dershowitz that Epstein provided her to Dershowitz for sex when she was underage in or about the year 2000, when she was 16, and working as a Spa attendant at Mar-A-Lago - the very same Florida estate owned by Trump.

In addition, allegations against Trump go beyond potentially supplying girls to Epstein as part of his sex trafficking ring. Indeed, as reported by Newsweek on November 16, 2017, and according to a lawsuit filed in June 2016 by “Jane Doe,” in 1994, Trump went to a party with Jeffrey Epstein, and allegedly raped a 13-year-old girl that night in what was described as a “savage sexual attack.” Jane Doe’s account was corroborated by a witness in the suit, who claimed to have watched as the child performed various sexual acts on Trump and Epstein, even after the two were advised she was a minor.

As reported by Newsweek, according to Jane Doe’s lawsuit, which was filed in New York: “Immediately following this rape Defendant Trump threatened me that, were I ever to reveal any of the details of Defendant Trump’s sexual and physical abuse of me, my family and I would be physically harmed if not killed.”

According to the Newsweek article, the lawsuit was then dropped in November 2016, just four days before the election, with Jane Doe’s attorneys alleging “numerous threats” against her. Trump has denied the allegations, as he has all of the sexual assault and rape allegations levied against him in the past several years. The potential connection to Trump in the Epstein case goes beyond just the above-described rape allegation however, as reported by the Miami Herald last year.

In particular, in 2017, Trump notably nominated the very same Alexander Acosta to serve as the U.S. Secretary of Labor, and Acosta was confirmed by the Republican-controlled U.S. Senate for this Cabinet-level position which he still holds, despite his associations with the Epstein case.

Of course, it is certainly possible that all of this is a coincidence. That Trump nominated Acosta to a position to which he did not otherwise seem especially qualified for on the surface, and his appointment was unrelated to his lead role in dismissing federal charges against Epstein, and leading to thousands of pages of testimony and records in the case being sealed, with the FBI investigation being immediately ended at the time. But, again, Trump has been directly tied to Epstein and his parties where multiple felonies are alleged to have occurred, including rape, sex trafficking, and assault, not only by Epstein but allegedly by Trump himself.

Rather than accept this as a mere coincidence, it seems quite possible instead that the records in Epstein’s case - if unsealed - might name Trump (and others) directly in the crimes that occurred. The Daily Beast article from Sunday refers to multiple co-conspirators in the prior case, “including but not limited to Sarah Kellen, Adriana Ross, Lesley Groff, or Nadia Marcinkova.” The Daily Beast article cites attorney Paul Cassell, who represents many of Epstein’s alleged victims in a pending lawsuit:

“While Epstein was at the head of the international sex trafficking organization, that conspiracy could not have functioned without many others playing their part. Jane Doe 1 and 2 will continue to fight for all of Epstein’s co-conspirators to be held accountable in New York, Florida, and anywhere else they committed crimes.” Indeed, according to the Daily Beast, the new charges against Epstein include one count of conspiracy to engage in sex trafficking of minors, which means there are others implicated in the crimes alleged.”

Certainly, the new charges against Epstein may also lead to discovery of the truth of Trump’s involvement as well, and whether Acosta now holds a Cabinet position in any part due to his involvement in this sordid affair. Regardless, Congress has a duty to investigate. The investigation needs to include not only whether Trump raped a child in the 1990s, but whether Alexander Acosta received a cabinet position in exchange for giving Epstein a sweetheart deal, denying at least 36 girls of justice, and ensuring that damaging records naming high profile politicians - which may have included Trump - were buried.

Rantt Media’s comprehensive articles source reporting from top news organizations, but they’re also built on brilliant analysis from our team. We are independently-owned and completely ad-free. We strive for quality, not clicks. We take pride in being reader-funded so that we are beholden to you, not corporate interests. If you like the work we do, please consider supporting us by signing up for our newsletter or joining our community chatroom where you can talk news with our team and other like-minded individuals:

T.N. Stern is a corporate lawyer in Washington, D.C. The opinions expressed in his articles are his only and do not represent the views of his clients.