Bari Weiss' proposed "University of Austin" is an example of how the far-right seeks to normalize extremism as alternative forms of “knowledge." 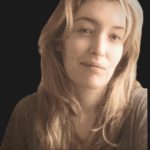 Catherine Tebaldi just defended her PhD, Alt-Education: Gender, language, and education across the right, at the University of Massachusetts Amherst.  Her research explores women’s work in teaching and normalizing right-wing ideologies, in spaces from Christian homeschools to far-right Facebook groups.

“We Are Done Waiting For The Legacy Universities To Right Themselves. And So We Are Building Anew,” declares the title on the University of Austin’s web page. The University of Austin, or UATX, is a new higher education institution but, as it is not yet offering classes, it is also a media campaign to describe universities as corrupt, broken, and ruled by the “woke.”

The New York Times reports that the university was founded to “defend intellectual dissent” and to highlight that something about higher education is “fundamentally broken.”  The University of Austin declares that it is dedicated to “the unfettered pursuit of truth” and will be “fiercely independent” —although connected to the Koch network — all of which suggest that other universities, somehow, are less than free.

This characterization of universities as unbearably woke is continued in their first and only program, “the forbidden courses,” which is described only as “provocative questions that often lead to censorship or self-censorship in many universities and is due to begin in summer 2022. Their future courses include Masters’ programs in “entrepreneurship and leadership” (hardly forbidden topics in the neoliberal university) and “politics and applied history.”

A close look at the Founding Trustees of UATX reveals the kind of ideas they characterize as forbidden, suppressed dissent. The founders include biologist Heather Heying, who sued Evergreen State college for anti-white discrimination and now supports Ivermectin for Covid-19, and journalist Bari Weiss who resigned from the New York Times and now defends killer Kyle Rittenhouse as a victim of media bias.

The trustees and board of advisors include many members of the “intellectual dark web” who reframe gender equality as liberal intolerance. Jonathan Haidt, who argues that not believing in gender difference is the same as religious fundamentalism. Larry Summers, who said women were just naturally bad at science. One early advisor was Steven Pinker who thinks the “truth can’t be sexist.”

Similarly, the visions of history they see as under threat are those which celebrate Christian, White, male achievement. One founder, Niall Ferguson who describes universities as “havens for liberal intolerance” is known for his views on the British Empire, which he sees as a paragon of altruism and good governance. Advisors include faculty at the arch-conservative Hillsdale College, and the conservative St. John’s College. It seems that their idea of forbidden history is Western civilization classes – despite the fact that it is Critical Race Theory which is actually banned.

The materials for this university are part of larger conservative and far-right discourses that demonize the liberal university as a woke haven full of intolerance for conservatives and dismiss leftist politics as religion. Peter Boghossian, for example, labels everything from CRT to recycling as ’woke religion.’

This draws on common far-right discourses, which I term “speaking post-truth to power.” This positions the right as the real critical thinkers, by calling liberal or center left thought as dominant discourses, equality and anti-racism as hegemonic power or woke orthodoxy. The far-right can then frame itself as challenging dominant discourses, as speaking truth to power. Framed as a challenge to power, ideas like racism can become transgressive “truths.” In this way, racism becomes “race realism” and is normalized as a kind of fact or pseudo-scientific discourse, or sexism becomes “gender critical” thought,  “dissent” or “uncomfortable truths.”

The IDW and Far-Right “knowledge” production

Other, more mainstream, institutions can then take up these far-right discourses and normalize them. These include the Intellectual Dark Web, a network of scholars where Sean Doody argues a contrarian intellectual movement meets a deeper white supremacist communty, which he describes as an “intellectualist reactionary assemblage.”

These also connect to media and alt-educational sites including podcasts, such as those by Eric Weinstein who coined the Term IDW and is married to one of the founders of UATX, and alternative educational sites which range from extreme racism of Stefan Molyneux to the more mainstreamed, avuncular, racism of PragerU’s ‘If you Live in Freedom Thank the British Empire.’

So while UATX offers no classes yet, they can offer us lessons in how the far-right truth machine circulates and normalizes racism and sexism as alternative forms of “knowledge.”  Its place in a network of right and far-right thinkers highlights a need to understand the broader alternative forms of popular education across the right from conservative institutions, media like podcasts, digital platforms, and schools.

Catherine Tebaldi just defended her PhD, Alt-Education: Gender, language, and education across the right, at the University of Massachusetts Amherst.  Her research explores women's work in teaching and normalizing right-wing ideologies, in spaces from Christian homeschools to far-right Facebook groups.