Is There A Radical Right Racism Problem In The Canadian Armed Forces?

Numerous reports, investigations, and the exposure of a neo-Nazi among their ranks raise concerns about the state of the Canadian Armed Forces. 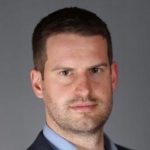 In November 2018, the Canadian Armed Forces (CAF) announced that it had suspended four soldiers from their duties for running an ‘army-surplus’ website that largely catered to white supremacists by selling clothing, flags, and other items glorifying the – unrecognized – and white-ruled African state of Rhodesia. This represents just the latest in a series of high profile incidents involving CAF soldiers or sailors associated with radical right groups. Last year, an investigation conducted by Vice News in collaboration with the Canadian Anti-Hate Network and the Southern Poverty Law Center reported that an army reservist in Nova Scotia was a prominent member of Atomwaffen Division.

The members of this neo-Nazi group are preparing for a race war to combat what they consider to be the cultural and racial displacement of the white race, and have been tied to an attempted bombing and numerous hate crimes, including five racially motivated murders. Another investigation, this time by CBC/Radio-Canada raised concerns over the participation of active CAF members on the public Facebook group of La Meute. La Meute is a Quebec-based group founded by two Canadian Armed Forces veterans which reinterprets First Nations, neo-pagan, and Christian spiritual traditions in order to develop a new cultural identity for Quebecois. Lastly, on Canada Day in 2017, five Canadian Forces members – members of the “Proud Boys” movement who proudly proclaim their ‘Western chauvinism’ – disrupted an Indigenous protest in Halifax.

Whilst the military brass in Canada are scrambling to denounce and address such cases of racism and radical-right extremism within the Canadian military, the intersection of individuals aligned with radical right groups and the military is by no means an issue limited to Canada. Indeed, such connections appear to have plagued almost every NATO member country. Notably, four serving members of the British Armed Forces were recently arrested under anti-terror laws on suspicion of being members of the banned neo-nazi group National Action, and in Germany authorities uncovered a plot by a covert network of some 200 neo-Nazi far-right soldiers and veterans of an elite commando unit to murder left-wing politicians and asylum seekers.

Moreover, as far back as 2008, the FBI warned that leaders of radical right groups were “making a concerted effort to recruit active-duty soldiers and recent combat veterans of the wars in Iraq and Afghanistan,” suggesting that most hardcore extremist groups, “have some members with military experience, and those with military experience often hold positions of authority within the groups to which they belong.” The report further highlighted that “military experience is found throughout the white supremacist extremist movement as the result of recruitment campaigns by extremist groups and self-recruitment by veterans sympathetic to white supremacist causes.” Indeed, it has long been theorized that radical right groups deliberately attempted to recruit individuals with military experience to “exploit their skills and knowledge derived from military training and combat.”

A summary search of Stormfront Canada and Stormfront Quebec subforums (subsections of the biggest neo-Nazi website) shows that discussions about joining the Canadian Armed Forces tend to emphasize three distinct themes: First, the individual socio-economic benefits of joining the CAF, such as free education and the acquisition of transferable skills. Second, denunciation of military or foreign policies which run in oppositions to individual posters’ belief systems, (currently this is largely focused around the CAF policy of inclusion which allows transgender people to serve openly in its military forces, or efforts by the CAF to root out radical right elements from their ranks). Lastly, the benefits of gaining access to weapons along with expert weapons training and building leadership skills. This latter theme also featured prominently in a chat log from a now-defunct IronMarch website – an online forum once boasting itself as a sort of fascist Facebook and neo-Nazi chat site – examined by Vice Canada.

In addition to the obvious security threats, the presence of individuals aligned with radical right groups within the CAF should also be viewed as a detriment to unit readiness and successful deployment. At a micro level, trust and camaraderie is necessary for a team to function and fight effectively, and is highly dependent on the ability of the members to communicate at all times. As such, conflict – whether caused by racial tensions, religious intolerance, or political differences – negatively influences communication and disrupts good order and discipline. Moreover, supremacist views, discrimination, and disparate treatment of others jeopardizes combat readiness by weakening interpersonal bonds, fomenting distrust, eroding unit cohesion, and ultimately negating a unit’s ability to operate to its full potential.

On a macro level, radical right ideologies can grow from subtle attitudes and ideologies – which often come from ‘passive participation’ – to create a climate in which a culture of racism and brutality within the ranks is normalized. This was tragically demonstrated by the 1993 Somalia Affair: the torture and murder of Shidane Arone, a Somali teenager caught stealing by Canadian airborne soldiers. In the aftermath of this killing, the CAF was embarrassed by the public release of videotaped footage of racism and brutal hazing in the regiment formerly known for its wartime heroics. One segment depicted Canada’s U.N. peacekeepers in Somalia referring to local citizens using derogatory slurs of a racial nature and joking about hunting Somalis as trophies. Another tape showed a black airborne recruit crawling through a gauntlet of blows and a shower of human waste with the words “I love KKK” scrawled on his back. According to Sherene Razack’s brilliant account of the Somalia Affairs Dark Threats and White Knights, these videos highlighted the embedded racism and violence amongst the soldiers, and the broader acceptance of radical right ideologies within the regiment.

Twenty-five years later, the memory of the killing of an unarmed child at the hands of two Canadian soldiers participating in the United Nations humanitarian efforts in Somalia must – or should – weigh heavily on the minds of military brass now attempting to once again curb the normalization of radical right ideologies within their ranks. The failure to address the proliferation of such ideologies within the ranks of one of Canada’s most esteemed regiments in 1993, not only had fatal consequences, but also greatly damaged the morale of the Canadian Forces and damaged both the domestic and international reputation of Canadian soldiers.

This comprehensive article sources great reporting from top news organizations, but it’s also built on brilliant analysis from our team at Rantt Media. If you like the work we do, please consider supporting us by making a one-time donation or signing up for a monthly subscription.

If you’d like to support our projects, please consider helping to fund our operation by joining our community.

$1 subscription: Support independent journalism at a time when it’s more important than ever before and never miss a Rantt article.

$3 subscription: Receive an exclusive invite into Rantt’s community chatroom (#newsroom Slack channel) where our writers, editors, and other patrons break down the latest news of the day.

If you’d rather make a one-time donation, you can do it on Paypal!

Dr. Yannick Veilleux-Lepage is a Senior Researcher in the Transcultural Conflict and Violence Initiative at Georgia State University, where he works on Department of Defense funded projects analyzing online extremist discourse and the media products produced by extremist groups. All opinions are exclusively those of the author and do not represent the Department of Defense or the Navy.