With new messaging emphasizing a return to normal, Germany's AfD party is seeking to bring nationalism back into the center of German politics. 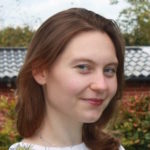 An AfD demonstration in May 2018. The banner reads “Our NATIONAL anthem: UNITY and JUSTICE and FREEDOM for the GERMAN FATHERLAND.” (Source: Flickr/CKI Fotos/Creative Commons)

Sophie Schmalenberger is a PhD Candidate at the Department of Global Studies at Aarhus University (Denmark) and a Doctoral Fellow at the Centre for Analysis of the Radical Right (CARR).

For this year’s federal election, the radical right party Alternative für Deutschland (AfD) has come up with a campaign that kills three birds with one slogan: it aims to establish a far-right national imaginary as ‘normal’, frames the political opponent as endangering the ‘normal’ lives of German citizens and implicitly rejects the country’s exceptional memory culture as the cornerstone of modern national identity.

The campaign was introduced during the 12th federal party convention in April. The event raised a lot of media attention for two reasons: Taking place as an in-person event in the midst of the third wave of the Covid-19 pandemic, the convention was a clear performance promoting ‘normality’ in spite of high infection numbers, symbolically rejecting the German government’s Covid-19 rules and echoing the partly extremist anti-lockdown protests. Furthermore, with the event scheduled just five months before the German federal election, the adoption of the party´s 2021 election program was the central point on the agenda.

The party program passed after two long days of inner-party discussion is indeed more radical than the previous one, including, among others, the explicit demand for Germany’s exit from the EU, border fences, the deportation and ‘remigration’ of asylum seekers and migrants as well highly restrictive immigration policies. While the AfD has thus decided to politically position itself as far-right opposition, the motto of the party convention and simultaneously the party’s campaign strategically de-emphasizes this increased programmatic radicality and is simply: Deutschland. Aber normal. – Germany. But normal.

The slogan is reminiscent of other (in)famous radical right populist messages such as the pro-Brexit campaign’s “Take back control” or Trump’s “Make America Great Again” in its simplicity, but – similar to its successful siblings – should be anything but underestimated as it is more complex than it might appear at first glance. Indeed, this simple slogan is so strategically vague that it can be read as appealing to three different desires for normality, which becomes apparent when having a closer look at the respective campaign video.

The 80-second long video shows images of white families, both in the modern-day and the past, children and grown-ups engaging in everyday activities, aerial views of German cities and nature as well as footage of a small dog riding on a robotic vacuum cleaner, accompanied by generic uplifting music and the voice of a male speaker framing the AfD’s demands for secure borders and a German ethno-national homeland as ‘normal’. This general setting illustrates the most common and indeed rather obvious reading of the slogan, namely as an attempt to make the AfD’s extremist positions, ethno-nationalist imaginaries and political preferences feel like a normal and thus legitimate political stance.

Other sequences of the video combine the rhetorical question “Isn’t normal exactly what we are missing today?” with depictions of climate activists and left-wing protestors as well as the implications of the government’s Covid-19 rules and restrictions, framing them as disturbers of normality. Similar to the slogan ‘it is okay to be white’, this enables the AfD to present ethno-nationalist supremacism as a defense of German’s ordinary everyday lives. Here, the normality of a structurally racist society denying the dangers of Covid-19, climate change and far-right extremism becomes not only a desired ideal but emerges as simultaneously precious and precarious. This mobilizes a militant normality as supposedly dissident political position implying a constant need to defend the life of ‘ordinary Germans’ against ‘un-normal’ political opponents or progressive societal developments.

Last but definitely not least, the slogan appeals to a historical revisionist desire to ‘feel normal again as German’ that is not explicitly formulated but emerges as a message between the lines to everyone familiar with German memory culture and the AfD’s attempts to challenge it.  Almost drowning in the generic feel good-imagery and soundscape (and right after the hoover-riding Pomeranian) the campaign commercial shows a happy young woman waving two German flag and wearing a t-shirt with a print of German flag on it, accompanied by the narrator proclaiming “And yes, also Germany is normal”.

What might be a banal claim in any other country, can be read as an implicit rejection of Germany’s memory cultural exceptionalism, implicitly re-confirming the AfD’s general position that “German memory culture, currently confined to National Socialism should be replaced by a broader perspective on history that includes the positive and identity-forming aspects of German history”.

In that reading, ‘normal’ becomes a code for (re-)imagining modern Germany as ethno-nationalist community defined by ‘positive’ historical achievements and no longer by its Nazi past. While that dimension of the AfD’s campaign message might not be obvious at first glance, it can be interpreted as a dog-whistle, echoing the desires of, and thus appealing to, the roughly 25% of Germans who, according to a recent study, wish to draw a ‘final line’ under the remembrance of the Holocaust and Nazism and are already disproportionally highly represented among AfD supporters.

It remains to be seen how successful the slogan will prove to be in the upcoming election campaign in which overcoming or, at the very least, de-emphasizing frictions within the party might be a major challenge. For now, however, the campaign motto should not primarily be seen as a desperate attempt to frame the party as normal in the face of the entire AfD being surveilled by the German Office for the protection of the constitution and parts of the party already being classified as far-right extremists. Nor is it purely geared towards regaining popularity by appealing to a growing lockdown fatigue among the German population, after the party lost some support during the Covid-19 pandemic when its core topic, immigration, was not salient on the political agenda.

Rather it has the potential to be a catch-all slogan so vague that it can simultaneously be meaningful to voters who long for the end of Covid-restrictions or want to continue driving their diesel car, as much as for those invested in upholding structural and everyday German-supremacism and those longing for a new German patriotism that de-emphasizes and trivializes the Nazi past and Holocaust as, to quote honorary AfD chair Gauland, “bird shit in 1000 years of our history.”

Sophie Schmalenberger is a PhD Candidate at the Department of Global Studies at Aarhus University (Denmark) and a Doctoral Fellow at the Centre for Analysis of the Radical Right (CARR). Her research focuses on the New Right in Germany and Europe and aims to shed light on the affective, discursive, aesthetic, and performative strategies of contemporary far-right (populist) parties and actors. Currently, Sophie is working on her PhD project that focusses on the far-right populist party Alternative für Deutschland (AfD) in Germany. Here, she aims to illuminate how the AfD challenges modern Germany’s hegemonic memory cultural regime and strategically utilizes memory elements and references to the past to articulate affective dispositions that are constitutive of what Sophie refers to as an ‘alternative German-ness’.