The far-right in Hungary are waging a “Bill Gates” conspiracy theory-driven movement against COVID-19 safety measures. 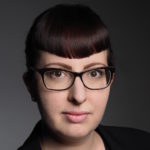 Dr. Katherine Kondor is a Research Associate on the ‘Illiberal Turn’ project at Loughborough University and a Senior Fellow at the Centre for Analysis of the Radical Right (CARR). Her research focuses on far-right social movements, more specifically on radicalization and pathways into extremist organizations.

In Hungary, March 15th is a day of remembrance. A national holiday commemorating the Hungarian Revolution of 1848, which marked the start of the War of Independence against the Habsburgs. March 15th marks a day of solemnity (due to the loss of the war) and celebrating all that is Hungarian. 2021 now marked the second year without the typical fanfare and national public address of the Prime Minister, thanks to the COVID-19 pandemic.

This, however, did not stop some ‘pseudo’ experts, conspiracy theorists, and far-right movements from protesting on the streets of Budapest on March 15th, all while the third wave of the pandemic was in full swing. One of these groups is the extreme-right Our Homeland (Mi Hazánk) party, led by ex-Jobbik Vice President and Sixty-Four Counties Youth Movement (Hatvannégy Vármegye Ifjúsági Mozgalom, HVIM) founder László Toroczkai.

Since the beginning of the pandemic over 12 months ago, several conspiracy theories have run rampant in the Central and Eastern European region. One of these is the infamous theory that Bill Gates, Microsoft co-founder and philanthropist, somehow had a hand in originating the virus – a conspiracy theory that was mentioned 1.2 million times on television and social media between February and April 2020.

Addressing followers on March 15th, Toroczkai mentioned the infamous COVID-19 conspiracy theory several times, suggesting that Gates supposedly predicted this pandemic years ago and is now one of the biggest investors in Pfizer. Toroczkai also talked about the formation of a New World Order and the so-called “Great Reset,” which he also applied to Hungary: as he claims, this is what the country saw after the First World War with Trianon. This, he explains, is to make Hungary give up its sovereignty, to make all European countries one, and to “hold Hungary back.” At the beginning of March, Toroczkai was invited onto ATV to discuss his plans to run in the upcoming 2022 national election, where he took the opportunity to discuss his belief in the conspiracy theory.

Image: “Enough with the closures! Our Homeland is the anti-closures party, which finds the measures to be too extreme; so, we recommend their dissolution. Sign, if you agree!” Image capture from the Our Homeland Movement website, 25th March 2021.

Toroczkai expressed that people are losing the right to stand up and protest against pandemic measures and the economic impact of the pandemic: “we are losing our freedom.” He voiced a need to reclaim this freedom, and encouraged his followers to stand up now or they will “see what happens in a few months”…“in the spirit of the War of Independence.” Parallels with the War of Independence were also drawn in the creation of ‘demands’, as during the Revolution of 1848 Hungarian revolutionaries made the so-called 12 Points. In the same vein, Toroczkai and Our Homeland made six demands at their protest:

1. They demand freedom “not be shut down.”

2. Vulnerable groups should be protected. “Those who are afraid should stay home”; those who believe they are immune or “believe Hungary’s future is more important” should be allowed to “live their lives.”

4. They demand kindergartens and schools not be closed, as “they should not take away the future and present of Hungarian youth” (met with big applause).

5. The Hungarian government should not take new loans – they, as Toroczkai explained, are ensuring the Hungarian people become “slaves” who will have to repay these loans, and Hungarians will have less money for the future due to higher taxes.

6. The damage caused until this point by the pandemic and government should be made up with a “pandemic solidarity tax.” The government should pay people who have suffered in the last year, take money from casinos and “large businesses like IKEA and the hypermarkets”; as Toroczkai claims, small shops were forced to close while these companies could remain open. He continued to say that online companies have also made billions, so they should also have to pay this “pandemic solidarity tax” (again, a mention of Bill Gates), as should pharmaceutical companies. This tax should help pay for Hungarians who have suffered.

Toroczkai also touched on the censoring of Hungarian media, which has been an increasing problem in the country. He likened it to the 1848 Revolution, as the first of the 12 Points was “We demand freedom of the press and the abolition of censorship.” Toroczkai claimed the Hungarian government would like to prevent people from “telling the truth about Coronavirus,” so they “censor us and don’t allow us to speak.” This censorship, he claims, is worse than what was in 1848.

Supporters “walking individually” (as they were told to do by police on scene) to the parliament building after Toroczkai’s speech at the Mi Hazánk (Our Homeland) demonstration on 15th March 2021. Image capture of Telex.hu Facebook live feed.

After the speech, the protest continued toward the parliament building where ‘Doktor Gődény’ – a pharmacist and fitness personality who touts conspiracy theories, has started a “pandemic skepticism” movement, and has openly been against mask-wearing – was also holding a protest against the government’s pandemic measures. ‘Doktor Gődény’ also wrote his own 12 Points in the spirit of the March 15th holiday, calling for pandemic measures to be stopped, stating “Let’s protest for a normal life, for our health, livelihood, our future, for our freedom, and for our basic rights!”

This pandemic has brought to the fore several of these ‘pseudo’-experts and conspiracy theorists and, as we know, the far-right has been no stranger to conspiracy theories themselves. What this instance from Hungary shows is a coming-together of these theorists with far-right groups, which perhaps could run the danger of making far-right movement parties like Our Homeland seem more relevant to a wider voter base. The likening of their quest against pandemic measures to the War of Independence is striking, showing a perceived self-victimization of the Hungarian far-right. However, as Toroczkai stated to his followers: if they must wear a mask, at least make sure it’s in national colors.

Dr. Katherine Kondor is a Research Associate on the 'Illiberal Turn' project at Loughborough University and a Senior Fellow at the Centre for Analysis of the Radical Right (CARR). Her research focuses on far-right social movements, more specifically on radicalization and pathways into extremist organizations.