Researchers find that former extremists are able to provide key insights into the prevention of radicalization and fight against extremism. 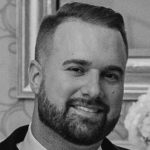 In the past five years, it has become increasingly common for practitioners and policymakers to draw from the insights of former extremists to generate knowledge on – and respond to – the threat of violent extremism and terrorism.

By former extremists, we refer to individuals who subscribed to and/or perpetuated violence in the name of a particular extremist ideology and have since publicly and/or privately denounced extremist violence. In short, they no longer identify themselves as adherents of a specific extremist ideology or are affiliated with an extremist group or movement.

While some researchers and practitioners have raised concerns about including formers in this space (e.g., reliability and credibility issues), others have argued that formers can provide valuable, first-hand perspectives into issues that concern terrorism and extremism scholars. In what follows, we outline some of the key areas of research that have benefited from formers’ experiences and insights.

What factors lead to radicalization?

One of the most common push factors identified in the literature involves grievances, which refer to real or imagined wrongdoings. Terrorism and extremism researchers who have incorporated formers into their research designs have highlighted various ideological grievances, including perceptions of injustice, war-related trauma, and personal disaffection. Moreover, non-ideological grievances associated with childhood trauma have been found to push individuals toward extremist participation, such as family mental illness and maltreatment.

Researchers in this space have also examined ideological and non-ideological factors that pull people into extremism. For example, previous studies have found that extremist organizations attract individuals for various reasons, such as ideological alignment, protection, and the prospect of thrill-seeking behavior. In addition, social networks have been found to pull individuals toward extremist involvement, with one study finding that kinship bonds with parents, uncles, and siblings expedited the entry process. That being said, extremist involvement may be more a product of whom you know rather than what you believe. It is also important to emphasize that push and pull factors work in conjunction with one another – without the presence of push factors, pull factors would likely be much less influential.

From Radicalization To Violent Extremism

Few issues have garnered as much attention in recent years in terrorism and extremism studies as the topic of radicalization. Radicalization generally refers to a multi-faceted, gradual process of developing extremist ideologies and beliefs.

Much of the radicalization literature focuses on the channels with which extremist ideologies and beliefs are developed and reinforced, including print, film, and music. However, with advances in the way humans communicate, including online platforms, the Internet has become a major focus among radicalization studies. For example, researchers who interviewed former extremists found that the Internet serves as an effective venue for information exchange, ideological development, and establishing “echo chambers” that amplify radical beliefs and political activism into extremist involvement. Some work also suggests that the Internet may enhance opportunities to become radicalized and provide a greater chance than offline interactions by confirming existing beliefs.

Extremist violence is another major investigative topic among radicalization studies. Researchers drawing from the insights of formers to examine the development of extremist violence have found a complex process in which individuals progressed through several different pathways, such as racial socialization, incarceration, and mental illness. Researchers similarly found no support for a clear trajectory toward extremist violence. Instead, individuals have been found to differ in terms of the communication channels they are exposed to, their pathways toward extremism, and the barriers that disrupt their violent tendencies. Research on the Internet’s role in the process of radicalization to violence has similarly highlighted these complex pathways.

In addition to investigating extremist radicalization processes, there has been a growing interest in understanding why people eventually leaving extremism. Two concepts have been discussed in this regard: deradicalization and disengagement. Deradicalization refers to the process by which an individual is diverted from an extremist ideology, eventually rejecting these beliefs and instead adopting the values of the law-abiding majority. Disengagement is the process by which an individual decides to leave their associated extremist group or movement to reintegrate into society. However, these two processes can occur separately or simultaneously, depending on the context in which they take place.

While research suggests that most people who join extremism will eventually leave, less is known regarding how and why people disengage. But some work has incorporated the perspectives of former extremists and found that leaving extremism is a process that is impacted by multiple experiences.

Research has also found that various factors influence an individual’s exit, much of which was facilitated through self-reflection due to contact with law enforcement and the experience of incarceration. In some cases, a shifting social identity from the extremist group was an influential factor for exiting, while others left extremism due to a disjunction between their initial expectations and realities of extremism. Additionally, the combination of burnout, encouragement from spouses or significant others, and positive individuals outside of an extremist movement influenced individuals’ decisions to disengage.

Here it has become common for practitioners and policymakers to draw from former’ insights in several P/CVE settings, including intelligence gathering, interventions, and counter-narratives. Yet scholars have been much slower to incorporate formers into their research geared towards P/CVE.

Nevertheless, a small but growing body of research is emerging in this space, particularly around the role of formers in P/CVE initiatives. For example, researchers have explored the role of formers in preventing political violence in post-conflict communities and found that they are perceived as credible due to decade-long relationships they cultivated. In turn, formers are in a unique position to assist in combating violent extremism. Similarly, in an assessment of the impact of former right-wing extremists in school-based PVE work, researchers found that they were in a position to access juveniles during periods in their lives that adults had difficulty accessing.

Researchers have also investigated how formers think violent extremism should be combated. Here they found that, while formers believed that they are in a unique position to educate stakeholders, experts, and the local community about extremism, they also believed that families, teachers, and law enforcement play an essential role in preventing extremism. Formers believed that because extremism is a complex phenomenon, grounded in both individual and social conditions, P/CVE initiatives must be multi-dimensional, building on the strengths and expertise of diverse sectors.

Indeed, former extremists have provided researchers, practitioners, and policymakers with valuable information about radicalization and counter-radicalization. While we have highlighted several research trends in this space, it is clear that much more work is needed. We hope to have sparked some interest among those in the field to consider working with formers. Doing so may provide them with a unique insider’s perspective into an array of pressing issues that may not be addressed without the insights of those formerly involved in extremism.

Ryan Scrivens is an Assistant Professor in the School of Criminal Justice at Michigan State University. He is also an Associate Director at the International CyberCrime Research Centre at Simon Fraser University, a Research Fellow at the VOX-Pol Network of Excellence, and an Associate Fellow at the Global Network on Extremism and Technology. His research has been funded by Public Safety Canada, the Canadian Network for Research on Terrorism, Security and Society, and VOX-Pol.