How The Far Right Is Going Liquid

Right-wing extremists and far-right political parties have been using social media to broaden their appeal beyond the fringes. 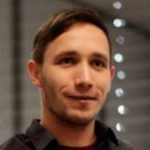 Maik Fielitz is a Researcher at the Institute for Democracy and Civil Society in Jena and a Doctoral Fellow at the Centre for Analysis of the Radical Right. See his profile here.

Holger Marcks is an Associated Researcher at the Peace Research Institute in Frankfurt and a Non-Resident Fellow at the Institute for Peace Research and Security Policy in Hamburg. See his profile here.

How many right-wing extremists are there in Germany? Security authorities, academia, and civil society repeatedly rack their brains over this question in order to accurately assess the threat to liberal democracy. The Federal Office for the Protection of the Constitution, for example, tries every year in its reports to come up with numerical classifications that trace anti-democratic tendencies and guide political measures. The sum of members from parties and movements of the far right makes up the bulk of the count – although it is disputed how the Alternative for Germany (AfD), parts of the AfD and/or its youth organization are to be taken into account.

Recently, the authorities have had increasing problems in assessing the “largely unstructured potential of persons,” which includes, for example, sympathizers of subcultures and isolated perpetrators of violence. The number of these non-organizational actors is naturally more difficult to assess, since it cannot be measured in terms of formal membership. Nevertheless, the Brandenburg Office for the Protection of the Constitution, believes that it can detect a noticeable increase in this area. The reason for this is quite simple. As an extra chapter on the topic of “cyber-extremism” in the 2019 annual report reveals, it has finally noticed that there are many people on the Internet who spread far-right messages without being assignable to a specific group.

This diffuse mass may be difficult to grasp, but its impact should not be underestimated. Contrary to what the term cyber extremism suggests, we are not dealing here with activist nerds who cause damage in virtual environments. Rather, the many attacks on minorities, politicians and journalists testify to the very real consequences that these digital swarms can produce. Such dynamic group formation is made possible in particular by social media platforms and messenger services, which not only provide new spaces for far-right propaganda, but also immediately involve their recipients in a participatory manner. Accordingly, “online radicalization” is currently a popular term under which far-right dynamics are discussed. But, how can online forms of political indoctrination be distinguished from those that take place offline?

After all, social media has become so intertwined with everyday life that it is hard to separate virtual and “real” factors. If someone becomes radicalized, this may be traceable via their online behavior; but it is also not known whether conversations in a pub were any less decisive for this. And conversely, the people in the pub are also influenced by information gathered online. Today, social media is helping to shape the public discourse that was previously produced primarily by the conventional media (newspaper, radio, television). Significantly, no one talks about print or radio radicalization with regard to extremisms of the past.

To understand the new radicalization trajectories, we should therefore ask how information flows have changed as a result of digitalization. After all, we are dealing with a transformation of the public sphere, during the course of which, social media has emerged alongside conventional media with great influence. Not only does it allow information that was previously reserved for smaller circles, to circulate more widely, it also gives political actors a loudspeaker to effectively sound out different sub-publics. Furthermore, it creates virtual relationships that blur the lines between organized and unorganized right-wing extremists: With just a few clicks, the recipients of far-right propaganda can now become its transmitters.

The face of the far right has changed permanently as a result. It has virtually liquefied and is wafting through the realms of social media like toxic slime. What holds it together, from online subcultures to public Facebook groups, is above all, the myth of a threatened nation that needs to be defended and rebuilt. Narratives about a supposed “population exchange” or “death of the people,” for example, is used by both AfD strategists and right-wing terrorists alike to justify illiberal policies or even violent measures. Renewed right-wing extremism thus draws its momentum from a similar mobilization logic as classical fascism. It too, followed the dialectic of demise and rebirth, in which myths of victimhood justify one’s own brutalization.

That this fascist dynamic unfolds so well in the digital context has a lot to do with the way social media works. Since, for example, most media today also put their content online, all kinds of news are now easily accessible. Types of events that did not get beyond the local press in the past thus become widely visible. This makes it possible to target specific events and weave them into a narrative of their own. The German far right, for example, uses all local incidents of alleged “foreigner violence” (Ausländergewalt) to create a collage of reality that gives the impression that the entire country has come apart at the seams. It helps that people respond to dramatic news more strongly anyway, which in turn – as a click and money-promising incentive – favors them in algorithmic curation.

The post-truth climate that social media promotes is also advantageous for the farright. The relativization of truth is central to fascist dynamics, since the myths of imperilment have little to do with facts. That is why the far right tries to cast doubt on serious sources (“lying press”) so that its own propaganda appears more credible. The fact that the platforms undermine journalistic and press legal standards plays into their hands. Potentially anyone can now communicate half-truths, lies or simply nonsense to the masses – in a way that appeals to audience emotions. Conventional media, on the other hand, continue to be bound by those standards that were established to facilitate rational understanding.

Not least, because fascist dynamics find their digital expression in the virtual swarm behavior enabled by social media. The possibility for metric manipulation through excessive online activism is exploited by far-right actors to simulate a virtual mass, with the aim of toppling political majorities in real life. The AfD, for instance, has by far the most followers on Facebook of all the political parties in Germany. Their dominance in digital spaces makes their narratives appear to represent the true will of the people, who are supposedly suppressed by elites and mainstream media alike.

With the help of multiple fake accounts they are spreading their propaganda under pseudonyms, which makes it hardly possible for the audience to distinguish between organized behavior and the anger of supposedly normal citizens. Coordinated posting behavior also ensures that the media and politicians are led astray and take this targeted manipulation seriously as wrath from below.

This interplay of strategic and technical factors further underscores that these dynamics take on a certain independence in the digital context. This poses new challenges for countering right-wing extremism, starting with the problem of where the organized far right even begins. On social media, millions of people are connected instantly, so the far right can involve many people in its propaganda work without having organized them in the literal sense. So, should membership in one of the countless chat groups that share swastikas be enough to be targeted by the Office for the Protection of the Constitution?

If the answer is not to be massive surveillance, then policymakers must understand why authoritarianism draws new strength from digital freedoms – and why this dynamic makes it difficult to predict when someone will pick up a keyboard or a gun. Breaking these dynamics require bold interventions in the technical design of social media that is currently so conducive to spreading the myths of the far right. Preventing the creation of multiple profiles, for example, would stop far-right disinformation to metastasize. At the center of future controversies, however, is likely to be the question of the platform operators’ responsibility for content. This will determine whether post-truth tendencies, which pose a threat to democracy not only in terms of the far right, can be curbed.

This blog post is based on an op-ed by Maik Fielitz and Holger Marcks, which summarizes some of the arguments of the authors’ recent book Digitaler Faschismus (published by Duden).

Maik Fielitz is a Researcher at the Institute for Democracy and Civil Society in Jena and a Doctoral Fellow at the Centre for Analysis of the Radical Right.