The use of visuals helps the radical right relate to their online audiences and more effectively push their radical agendas. 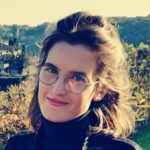 Ofra Klein is a Ph.D. researcher at the European University Institute in Florence (Italy). Ofra previously was a research assistant at Harvard University’s Berkman Klein Center for Internet and Society and VU University Amsterdam.

Visuals have always been part of politics but have become increasingly dominant on social media. Used by politicians across the political spectrum, personalized images shared on social media are arguably of particular relevance to radical right politicians. Such images can help these politicians to break with the stereotypes that are quickly linked to their ideological views of lacking compassion and empathy. The role of “cute” content is an often overlooked aspect in making the radical right more approachable and acceptable.

Visual content can be highly influential in shaping how we perceive political leaders. A famous example is the first televised debate in the United States between Richard Nixon and Jack Kennedy in 1960. Radio listeners perceived Nixon as the winner. In contrast, television viewers saw a pale and underweight Nixon next to a confident, young Kennedy. Kennedy himself acknowledged the importance of the medium in his electoral victory, stating that “It was the TV more than anything else that turned the tide”.

Visual culture has seen an even stronger surge with the emergence of social media. In the new media landscape, where information competes for attention, images help to catch the viewer’s eye. On platforms such as Facebook, Instagram, and Twitter, politicians often use images to portray a different side of their personality to the outside world: one that rarely is reflected in the mainstream media. Such images, whilst seemingly innocuous, can cue specific qualities in political leaders to audiences, such as honesty, intelligence, friendliness, sincerity, and trustworthiness. Political scientist Herbert Kitschelt stated back in 2000 that in addition to the politicians’ programmatic appeals, the personal charisma of political leaders, their relatability and perceived similarities, are important for creating “linkages” between voters and politicians.

Earlier work on online self-presentation shows that politicians use images primarily in professionalized and personalized manners to appeal to viewers. These types of images not only signal the good qualities of politicians, they also fit well with the populist ideology that these politicians adhere to. On the one hand, politicians’ formal images portray the politician in parliament, having meetings or writing statements. These images represent politicians as hardworking, reliable, and representing the voice of the people. They signal accountability and stand in sharp contrast with images that portray the corrupt elite as unreliable and lazy.

On the other hand, politicians also tend to share highly personal or private pictures, such as Nigel Farage drinking beer in his local pub, Matteo Salvini playing with his kids on the beach, and Tom Van Grieken doing construction works at his home. Images such as these show the politician in informal clothes, doing daily life activities or spending time with their families, thus emphasizing how the politician is part of ‘the people’: he or she is just like his supporters.

A formal and informal image posted by Matteo Salvini on his Instagram.

Another way in which this closeness to the people is underscored is through the use of amateur style images. Jessica Baldwin-Philippi shows how during the 2016 US Presidential election, the Trump campaign preferred content that was slightly blurry, poorly lighted or badly cropped, combined with texts which contained typos. Such “amateur” images try to indicate that the content was created directly by Trump himself, without the help of a campaign team. Content such as this is perceived as more authentic, “relying on the idea of being similar to everyday people in opposition to elites”.

Other forms of such content that speaks directly to the people are the personal greetings send out by politicians such as Matteo Salvini and Geert Wilders. These greetings tend to contain nationalist elements. Matteo Salvini often wishes Italians a good day whilst posing with Italian products, having his Italian coffee or eating a local pasta dish. Similarly, Geert Wilders posts pictures of the Dutch landscape wishing the people a good morning.

These images highlight the kindness and approachability of the politician. An aspect that is as also emphasized in images that show politicians hugging kids or playing with cats. The Dutch politician Geert Wilders even dedicates an entire Twitter account to his cat posts. Ethan Zuckerman argued in 2008 that “cute cats” and other forms of what is considered to be “low-value” mundane online activity is an important aspect for activists. Platforms on which these cute cats are shared are often used by activists too, as they are more resistant to government censorship: shutting down popular platforms where people go to watch “cute cats” leads to a larger public outcry than shutting down platforms meant solely for activism. This so-called Cute Cat Theory is also applicable to the radical right: sharing solely extremely anti-Islamic content might make banning from social media more likely than combining this with “lighter” posts. An additional advantage of this is that it attracts audiences who are less interested in the activist and ideological content posted by these politicians, but do like to see updates about the “normal life” of the politician and their pets.

These images can contribute to personalized links: people recognize themselves in the politician and feel more connected. These links are important in feeling perhaps less stigmatized about having certain political views. Female influencers have used (amongst others) visual-based platforms to destigmatize the role of women in the radical-right movement.

In a recent episode of the podcast Right Rising, CARR Fellow Ashley Mattheis emphasized the important role of mother influencers or “momfluencers” for popularizing the antivaccine movement in the United States amongst middle-class women on Instagram. Similarly, the visibility on these platforms by women such as the Dutch Eva Vlaardingerbroekhelps in breaking the long-existing stereotype that it is unacceptable to agree with or even openly support a radical-right party as a woman, especially a highly educated one.

Such personalized content is primarily shared through images online. Metz, Kruikemeier and Lecheler show how specifically images that portray a more personal or private side of the politician has positive effects on audience engagement. This finding is reproduced as well by Larsson, who shows personalized content indeed succeeds in gaining attention and traction amongst online followers of Norwegian parties and their leaders. He also emphasizes how leaders exceed the successes of their parties, an indication of the hyper-personalized nature of current-day politics.

In this sense, social media’s elective affinity with radical-right populism goes beyond the ability to spread the emotionalized nature of populist messages. Social media has not only made the radical-right ideology visible to a larger audience, but it has also made radical-right figures more approachable and acceptable.

Ofra Klein is a Ph.D. researcher at the European University Institute in Florence (Italy). Ofra previously was a research assistant at Harvard University’s Berkman Klein Center for Internet and Society and VU University Amsterdam. She regularly writes for the Centre for Analysis of the Radical Right.