How Private Prisons Corrupt US Justice And Immigration Systems

The prison industrial complex cultivates a systemic discriminatory system where corporations profit at the expense of people's freedom and rights. 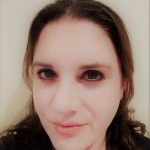 Jo Smith is a content writer for the Immigration Advice Service, a team of specialist immigration lawyers based in the US & UK.

The Black Lives Matter movement has been making headlines as communities do their best to exert pressure on the US government to make meaningful change to the way people of color are treated. High profile cases have revealed the extent of the systemic racism that is undeniably corrupting the legal and justice systems that claim to be protecting its citizens.

The interlinking of the prison system and private industry means that there is a financial incentive to maintaining and even increasing the number of individuals who are incarcerated. Companies that offer private prison, probation, and other services have been encouraged to utilize the low-cost labor of inmates in order to generate additional income.

In 1979, the Prison Industry Enhancement Certification Program was introduced in the United States. This was portrayed as an opportunity for convicted criminals to earn money towards looking after their families and paying compensation to their victims. The reality, though, has not been that which was sold to the public.

The workforce created by the war on drugs

When Ronald Reagan announced the commencement of the War on Drugs in 1980, he was continuing the work that Nelson Rockefeller had begun in his role as governor of New York. The imposition of the most extreme sentences for all drug-related crimes led to mass incarceration, particularly the focus on handing down life sentences with no opportunity for parole even to juvenile offenders. Within months, the prisons were overwhelmed with an influx of inmates and the overcrowding meant that more prisons needed to be built.

In order to fund these prisons, the Urban Development Corporation was allowed to own and operate penitentiaries, providing space for those who fell foul of the draconian drug laws and allowing more and more individuals to serve lengthy sentences. Since 1980, the war on drugs and the economic benefits to governments of running a for-profit prison service has resulted in a tenfold increase in the number of prisoners in the US.

The Impact of the Prison Industrial Complex

In the fifteen years following the change in law that allowed prisoners to engage in profit-making activity, the profits made from prisons increased by more than 200%. And while the rate of incarceration increased, so did the number of people of color finding themselves behind bars. The tactics used in the War on Drugs allowed for increased powers to ‘Stop and Frisk’ potential suspects with a disproportionate majority of those being people of color.

President Trump’s increasingly stringent measures designed to limit immigration and prevent border crossings have worked in favor of the corporations that profit from this sector. With every press conference announcing plans for widespread deportation, the subtext is that there is an opportunity to profit from running detention centers. This is borne out by the contracts between the private companies and Immigration and Customs Enforcement which specify minimum occupancy rates for the facilities that they run, encouraging an increase in the number of people being detained at airports and border crossings.

The interlinking of justice and profit has made money for the state and for private individuals at the expense of the liberty and freedom of those who have been targeted for imprisonment. When the legal system is driven by profit, it creates a hotbed for systemic discrimination. Of those who are imprisoned for drug offenses, more than two-thirds are people of color.

The targeting of low-income BIPOC (Black, Indigenous, and people of color) communities has proved an effective way to increase the prison population but has had little impact on the availability and ubiquity of illegal drugs. The Obama administration had passed legislation that aimed to reduce the scope of private industry in the prison and justice systems alongside plans to demilitarise the police forces. Both measures were scrapped when Trump took the presidency, with concomitant investment in prison services from the private sector. Trump’s support for harsher sentencing and increasing immigration enforcement has seen a steep increase in the number of asylum claims that have been rejected. This keeps removal centers full.

With economists and legal campaigners all expressing concerns about the increasing enthusiasm on the part of the US government for maintaining the prison industrial complex, there is ample evidence that profits and justice may be mutually exclusive. Movements such as Black Lives Matter are exerting pressure on the authorities to tackle some of the causes of racial discrimination among law enforcement organizations, but there is little willingness to deconstruct a system that provides such a rich source of income for investors. The fact that those who are already disadvantaged and disenfranchised are collateral damage has, to date, not been enough to exert significant pressure on the law-makers to effect change.

The aftermath of George Floyd’s death has breathed new life into the campaign for equality, and the announcement that Minneapolis council members have voted to defund the police department in favor of supporting mental health services and addiction treatment is a step in the right direction. Democratic presidential candidate Joe Biden has also vowed to build upon the Obama-era reforms Trump scrapped and end the use of private prisons at the federal level. If the pressure can be maintained and support can be gathered from allies with the power to make changes, then the inherent unfairness of the system may be addressed.

Jo Smith is a content writer for the Immigration Advice Service, a team of specialist immigration lawyers based in the US & UK.