How Extremists Weaponize Community To Recruit During The Pandemic

Far-right extremists are exploiting social needs like identity, belonging, community, and purpose to recruit. We must understand these tactics in order to effectively combat them. 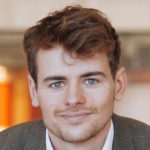 Ross Paton works as Prevent Education Officer for the London Borough of Newham. He is also a member of the Counter-Terrorism Youth Advisory Group and holds an MA in National Security from Kings College London.

Sean Arbuthnot is a Prevent Coordinator for the region of Leicester, Leicestershire and Rutland in the UK. He is also a Policy and Practitioner Fellow at the Centre for Analysis of the Radical Right (CARR.)

Far-right extremism, like all forms of extremism, is driven in part by social needs deprivation. As human beings, we all have social needs. A need for a sense of identity, belonging, community and purpose, which often drives what we do. If we are deprived of these, we will unconsciously gravitate towards people and things that can provide us with them; regardless of if those people are good for us.

Part of the radicalization process frequently involves this dynamic (often called ‘pull factors’). This situation speaks to an increasing sense of societal atomization felt by many. For example, living in a big city can magnify feelings of isolation; even when you are surrounded by people, you can also feel very much alone.

Gangs and extremist groups exploit this void, becoming the ‘family’ that some individuals sadly never had. Given this, it is unsurprising such individuals fittingly refer to each other as ‘brothers.’ The continued existence of such groups is in part an indictment of our failure as a society to provide basic social needs. Sadly, this is very much a feature of our time.

The far-right provides such deeply lost individuals with purpose through a perceived righteous struggle and one in which they have a sense of defending a place or their group from perceived threats. Activists therein, therefore, gain a sense of belonging from the shared struggle, and community from the bonds this facilitates. Meanwhile, their sense of self-esteem, as well as personal identity, is increasingly intertwined with their commitment to the group, outwardly expressed by shared mantras, dress, and symbols.

Secondly, all extremist movements draw on legitimate and illegitimate grievances of the people they recruit. These grievances are the fuel that allows them to recruit new members and in turn, continually grow. In order to respond to the far right at a preventative level, we should therefore underline the Illegitimate nature of some grievances, while legitimate grievances should be responded to appropriately. Such an approach deflates these movements of their oxygen, by acknowledging the pain of otherwise would-be recruits.

Making the aforementioned unconscious processes that drive radicalization conscious, is of the utmost importance. If societally we can understand the extent to which social needs drive our behavior, we would be better placed to understand when our loved ones are vulnerable to being drawn into exploitation. Such an explanation also makes sense on a personal basis; throughout our lives, the most serious mistakes we make are often when we are isolated and bereft of support. This also makes sense when we look at who is more likely to be drawn into extremism.

The overrepresentation of the young people moving into the far right, as expressed in recent UK Channel Referral statistics (part of Prevent, the UK’s counter-terrorism strategy) speaks to this. When we are young, we are the most uncertain of our identity; similarly, in the tumultuousness of our teenage years, a sense of real stability, community, and belonging, is needed. Especially given the current context of the pandemic and the periods of social isolation experienced, we must remain cognizant of how these things can affect the propensity for radicalization.

Correspondingly, we should do our best to foster purpose, community, belonging, and a sense of identity in our lives and the lives of others. Things that may seem relatively insignificant, like encouraging a young person to develop an interest, or their friendship circle at an after-school club, can be the difference between someone who is drawn into exploitation and someone who is not. Driving this agenda, should be the responsibility of both the state (particularly through the education sector), civil society and every one of us as individuals.

The increasing use of forums for different forms of extremism is worth thinking about. Forums like 4Chan and the more extreme 8kun provide individuals with similar grievances a sense of community, but also help develop toxic cultures that reinforce a collective sense of victimhood, irrespective of borders. The growth of misogynistic extremism, sometimes stemming from the communities of “involuntary celibates,” or ‘Incels’ online, speaks to this. The pandemic has arguably provided the context for a strengthening of ties here, as individuals stuck at home increasingly sought out online community for their social needs.

Additionally, the way in which parts of the far-right have utilized the internet is representative of wider strategic changes on the far-right. While the traditional far-right and the counter-jihadist far-right have continued to utilize social media in ways that we have come to expect; the progressive growth of the Alt-Right and its differing strategic emphasis are worth dwelling on.

While the traditional far-right and the counter-jihadist far-right to differing degrees sought to run for political office as a means to changing society, the alt-right generally do not. While they share the white supremacist aims of traditional far-right groups, like an ethno-state, shared disgust for interracial marriage, or adherence to widespread antisemitism they differ in how they seek to achieve their aims and spread their beliefs.

Very much inspired by the Brietbart mantra that ‘…politics is downstream from culture,’ the alt-right seek instead to intentionally change the culture, as a prerequisite to political power. In practice, this means using social media and alt-tech platforms to spread racist memes, under the pretense of doing it ironically. It means releasing podcasts that promote racism, as if it were as normal as discussing the week’s sports results.

Mark Collett, a former member of the officially racist BNP, recognized the appeal of such a strategy, and releases Call of Duty footage and film reviews on his own livestreams; all insidiously peppered with racism. The unsettling nature of this strategic change is that parts of the far-right have recognized the difficulty of achieving political office without first priming the voters.

Opining on the excesses of political correctness, (something Collett often does) can seem reasonable to viewers unaware of wider motives. This demands that the public have a sensitivity to identify efforts by far-right extremist actors to change the Overton window to the right, but more specifically to whom exactly is trying to move it and why.

In a time of increasing political polarization, it is important to recognize that we should be wary of where we place our social needs. Our family, friends, interests, hobbies and other healthy ‘prosocial’ avenues of community engagement should be cultivated in a way that builds resilience to the temptation to place our sense of belonging, purpose or identity, in unwise areas among actively exploitative groups. Recognizing this dynamic, and how we can all help to reduce the propensity for extremism in this way, deeply matters if we want to live in a less polarized and ultimately less violent society.

Ross Paton works as Prevent Education Officer for the London Borough of Newham. He is also a member of the Counter-Terrorism Youth Advisory Group and holds an MA in National Security from Kings College London.