Germany Has Stepped Up Its Efforts Combating Right-Wing Extremism 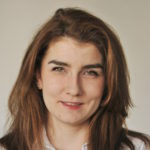 Agata Kałabunowska holds a Ph.D. in Political Science from the Jagiellonian University in Cracow, where she conducted research on the ideology of contemporary extreme right in Germany. She is currently a Senior Analyst at the Institute for Western Affairs in Poznań, and a Policy and Practitioner Fellow at the Centre for Radical Right Analysis (CARR). Her research interests lie in contemporary German politics, right-wing extremism, migration and multiculturalism.

Angela Merkel’s fourth cabinet will be remembered for a number of reasons. Not only due to the fact that its formation took surprisingly long or because it was the last government with Merkel herself as the chancellor. Almost half of the term has been overshadowed by the pandemic. The state of emergency had a huge impact on the plans of the governing coalition – many have been put on hold, others dropped down on the priority list. When drawing the balance of the CDU/CSU-SPD coalition one thing cannot be overlooked: measurements taken in preventing and combating right-wing extremism and radicalization.

Due to the historical experiences, the Federal Republic of Germany has been well equipped in tools and measurements that allow the state and its institutions to keep an eye on political powers perceived as dangerous to the liberal democratic basic order. Protection of the basic order from groups and individuals aiming at its weakening or rejection is coined in the constitution.

The German system of the protection of the constitution (Verfassungsschutz) is second to none. It encompasses the Federal Office for the Protection of the Constitution and its local branches in all 16 German states. Apart from domestic intelligence tasks, Verfassungsschutz publishes annual reports raising awareness about the activities of organizations seen as able to put the basic order at risk, e.g. far right and far left groups, religious extremists, or radical groups of foreigners. The German legal system foresees that political movements and parties can be banned, once enough evidence is gathered to prove that their intentions and political plans are anti-democratic.

Although created for a clearly good cause, the system protecting the basic democratic order in Germany has been heavily criticized – repeatedly. The list of spectacular failures of the Federal Office, police, and other institutions, created to support the system, is long. One of them was the infiltration of the NPD party to such an extent that the judiciary was not able to distinguish, which actions were taken by the party members and which ones by the Verfassungsschutz informers.

Other infringements are connected to the extreme-right terrorist organization NSU: overlooking and ignoring the danger, and destruction of the evidence connected to the case, which have been revealed in the course of the NSU trial and by the numerous parliamentary investigating committees. The name of the Bundeswehr soldier Franco A. stands for one of the most recent cases where the protection system against radicals has failed. All these slips led the researchers and commentators of German public life to the conclusion to believe that the system is blind in the right eye, i.e. it does not pay enough attention to the threat posed by the far right.

The decisive steps taken by the government in the last couple of years were aimed at showing that the system is not blind – in any of the eyes, as Minister of the Interior Horst Seehofer claimed repeatedly. While this thesis is difficult to be tested, the federal government has indeed done a lot in the field of counter-extremism. Steps taken encompass both counter-extremism, i.a. ordering banning extreme-right organizations such as Combat 18 or Wolfsbrigade 44, and extremism prevention.

The biggest program oriented towards prevention from radicalization on the federal level is “Demokratie leben!”. Created by the former, third cabinet of Merkel, the program supporting civic engagement, promoting democracy, and empowering the diverse society has been continued, expanded and substantially supported throughout the fourth term. While in 2017 the financial aid for this project from the budget was around 100 million euros, it amounted to 150 million euros in 2021.

The measurements package was proposed as a reaction to the series of unfortunate accidents: the murder of the local CDU politician Walter Lübcke in June 2019 by a right-wing extremist, and the attack on the synagogue in Halle in October 2019. Unfortunately, before the measurements could have fully been implemented, another awful event occurred. In February 2020 a right-wing extremist killed 10 people, including 8 people with an immigration background, in the so-called Hanau shootings.

It contributed to the increased pace of governmental works on counter-terrorism and radicalization prevention. Already in March 2020, a new body has been established – the Cabinet Committee for the Fight Against Racism and Right-wing Extremism. The fact that chancellor Merkel herself was one of its members shows clearly the seriousness of the case. In November 2020 the committee proposed another, extended package of as many as 89 measures, dealing comprehensively with the problems of right-wing radicalism and racism.

Additionally, the government secured a substantial amount of money – 1,1 billion euros in the budget for the years 2021-2024 for the implementation of the measures. These include i.a. increased financing of programs dealing with prevention from radicalization, racism, anti-Semitism, and Islamophobia; new studies on everyday racism and on extremism in Bundeswehr; strengthening civic education on matters such as anti-Semitism and antiziganism, as well as increased penalties for politically motivated criminal offenses.

Over the last four years, the German federal government created additional bodies with a special focus on various forms of hostility, xenophobia, and racism. In chronological order these were the office of Federal Government Commissioner for Jewish Life in Germany and the Fight against Antisemitism (May 2018), Independent Commission for Combating Antiziganism (March 2019) and Independent Expert Group on Muslim Hostility (September 2020). Their role is to establish the scale of the issues in respective areas, to consult the government, and to suggest implementable and effective solutions.

Although not mentioned in this article, programs and initiatives on the local level contribute greatly to the overall German counter-extremism and prevention strategy. Due to the scope and variety of actions, the Federal Republic can be treated as a role model in this matter.

Minister Seehofer may not exaggerate when saying that no other government before has approached the problem of right-wing extremism in such a comprehensive way. But at the same time, the answer of Merkel’s fourth government to the recurring question of whether this is already enough is clear: the fight against right-wing extremism is an open case. To live democracy fully means to struggle for it – and against its enemies – on a daily basis. We will find out soon how this important task of the state will be continued by the new governing coalition.

Agata Kałabunowska holds a Ph.D. in Political Science from the Jagiellonian University in Cracow, where she conducted research on the ideology of contemporary extreme right in Germany. She is currently a Senior Analyst at the Institute for Western Affairs in Poznań, and a Policy and Practitioner Fellow at the Centre for Radical Right Analysis (CARR). Her research interests lie in contemporary German politics, right-wing extremism, migration and multiculturalism.