Far-right candidate Jair Bolsonaro poses a unique threat to the future of the Amazon - and the planet. 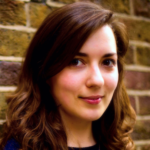 Presidential candidate Jair Bolsonaro is taken on the shoulders of a supporter moments before being stabbed during a campaign rally in Juiz de Fora, Brazil, Thursday, Sept. 6, 2018. He survived. (Antonio Scorza/Agencia O Globo via AP)

We’re all staring down the barrel of a gun — and Brazil’s hand is on the trigger.

On October 8th, Brazil’s right-wing presidential candidate Jair Bolsonaro received 46% of the country’s votes. Not enough for an outright win, but enough to make him the clear favorite for the second round on October 28th.

Much has been made — and rightly so — of Bolsonaro’s sexism, racism, and homophobia. This is a man who said he wouldn’t rape a particular member of Congress because she is “ugly” and “not [his] type”. He would “prefer [his] son to die in an accident than show up with a man”. He has reportedly described black activists as “animals” who should “go back to the zoo”. He is also pro-torture.

Learn more about our community

The media have said less of his equally shocking plans for the environment. Which is surprising given that, with the majority of the Amazon rainforest falling within its borders and the sixth largest greenhouse gas emissions in the world, Brazil wields environmental decision-making power that ricochets around the world.

So here it is. First off, Bolsonaro plans to open up the Amazon for agriculture and mining. There will “not be an inch demarcated for indigenous reservation or quilombola”, he says. “The minorities [should] either adapt or simply vanish.” Not only is this a grave attack on the human rights of Brazil’s indigenous groups, but also on their ability to continue acting as the best defenders of the world’s forests. And we need all the forest we can get, to capture carbon from the atmosphere and keep it locked away. In fact, scientists agree that halting deforestation is just as urgent as reducing emissions.

Bolsonaro’s approach is best summed up by his intent to undermine Brazil’s Ministry of Environment by proposing a merger with the Ministry of Agriculture. “It is the same as a ruler saying he will remove the police from the streets,” says Environment Minister Edson Duarte. “The increase in deforestation will be immediate. I am afraid of a gold rush to see who arrives first. They will know that, if they occupy illegally, the authorities will be complacent. They will be certain that nobody will bother them”.

In light of this week’s IPCC (Intergovernmental Panel on Climate Change) report, threats to forested land are all the more worrying. Limiting warming to a challenging 1.5°C — instead of the existing goal of 2°C — will save 10.4 million people from severe flooding, allow 10% of coral reefs to survive, and leave half as many people without drinking water. Current policies will take us above 3°C; Bolsonaro’s would take us higher.

And it goes without saying that Bolsonaro will follow in the footsteps of his apparent role model, Donald Trump, and whip Brazil out of the Paris Climate Agreement faster than you can say “it’s cold today, perhaps we could use a little bit of that good old global warming”.

A Bolsonaro-led Brazil will change everything. Not just the lives of Brazilian citizens, but our chances, as a global community, of maintaining a livable planet beyond 2030. So put October 28th in your diary: that’s when Brazil will decide for us all.

Rantt Media is independently-owned and completely ad-free. If you like the work we do, sign up for our daily newsletter or join our community newsroom where you can talk news with our team and other like-minded individuals:

Becca Warner is a freelance journalist and copywriter with a focus on environmental issues and how to fix them. When she's not hanging out in the hidden green corners of London, she's tweeting about the planet @beccawarner.