Rick Santorum sought to erase the impact Native Americans have had on American culture. His revisionist history couldn't be more wrong. 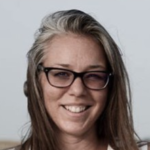 Former Republican Senator and current CNN commentator, Rick Santorum, on Monday bore false witness with this statement, and failed in multiple ways to observe the current doctrine of his faith, which commands that he “eradicate” every form of social and cultural discrimination, “as incompatible with God’s design.” Whether these failings were because of ignorance or deliberate disinformation, neither is acceptable from an elected American official.

In Catholicism, before one makes a confession, they must take an honest inventory of the past. Each transgression must be named and numbered then confessed. A person must know what happened in the past so as to avoid it in the future. Instead of this approach, we see a man who has failed to examine the conscience and history of the United States and in doing so perpetrated sins that began long before any of us were born.

One might ask why something that happened so long ago matters today, but how can anyone who believes that original sin affects us today not understand the importance? The truth matters, and so we must sincerely examine the foundation and culture of the United States, which bears far more semblance to her first people than Santorum may realize. Indeed, the reasons we believe falsehoods like Native American culture not playing an integral role in the United States, are part and parcel of the “birth” of this nation.

“Colored Corn at Produce Stand” by Steve Wilhelm is licensed under CC BY-NC-SA 2.0

Native American culture underpins every major aspect of American society: food, permaculture, farming, sports, law, health– Native people invented the syringe, and even many of the foods that now fuel American agriculture and trade. Tobacco, potatoes, beans, squash, cranberries, corn, and countless other crops were the bedrock of the American economy for most of the country’s existence. Put another way, Indigenous plants, foods, husbandry, and Indigenous tradition are the foundation upon which this nation was built. So present are these Native American-derived traditions and practices that they even appear in the quintessential American meal, Thanksgiving dinner. Modern Americans benefit from the contributions of Indigenous People today and every day.

Native influence can also be found within the U.S. Constitution. The idea of American democracy itself was influenced by the Iroquois Confederacy, many historians argue. John Adams studied the Iroquois’ governance system, particularly their federalist principles, after which the public was led to believe Adams had “discovered” democracy. Without Native Americans, we may never have had the form of democracy we have today at all.

The Iroquois Confederacy is considered one of the oldest living participatory democracies on Earth. Critically, when Santorum says,  “That (meaning Judeo-Christian beliefs) is what our founding documents are based upon; it’s in our DNA,” he is wrong. The founders intentionally excluded one dominant religion from the founding documents because they knew the religious tyranny that could follow if a government elevated one faith above all others. Religion would not reign over nor be dictated by the government. Then, they gave our nation the motto: E. Pluribus Unum–out of many, one.

The stated falsehoods are similar to the disinformation about Columbus. He was found lost at sea by Taino people, whom he and his men would capture and sell into sexual slavery. They traveled up and down the Caribbean Islands committing these atrocities in the homelands of other Indigenous Kalinago peoples farther South as well.

In a letter to Doña Juana de la Torre, a friend of the Spanish queen at the time, Columbus wrote, “There are plenty of dealers who go about looking for girls; those from nine to ten are now in demand, and for all ages a good price must be paid.” This is the legacy of Columbus, the man who did not discover America: He died believing he was in Asia and is credited with discovering a continent he never set foot on and that was already home to more people than lived in all of Europe.

The Doctrine of Discovery and its relation to Foundation of America

The idea of the United States truly began in 1493 with the Inter Caetera papal bull, which ratified Spain’s right to conquer newly found lands as Columbus was en route across the seas. This document proclaimed that any land not inhabited by Christians was available to be ‘discovered,’ ushering in an era of belief that prior to European colonization, North America was ‘empty’ or a la Santorum’s words, “there was nothing here” because there were no Christians.

The papal bull commanded, “the Catholic faith and the Christian religion be exalted and be everywhere increased and spread, that the health of souls be cared for and that barbarous nations be overthrown and brought to the faith itself.” What followed were some of the most egregious acts of violence, genocide, enslavement, and theft that the world has ever seen. An estimated 50-100 million Native people have, to date, suffered and died as an indirect consequence of the Doctrine of Discovery. By any measure or standard, it is one of “the worst holocausts in recorded human history.”

Erasure, or the exclusion of a minority group or group member from active society and the historical record, is how and why Santorum cannot see the very real Native American culture that underpins American life every day. This experience is not something unique to Indigenous communities. It is central to the experiences of women, trans and non-binary community members, disabled neighbors, and people from communities of color the continent over. Exclusion is aggressively and violently enforced not just by white supremacists in the US, but Canada as well.

This enforcement has been instituted repeatedly throughout history and continues today. A salient recent example were the police, cults, and mercenaries of billionaires all the same attacking unarmed people in a prayer ceremony at Standing Rock for more than nine months in 2016. To that end, there are plenty of more recent stories about the erasure of Native Americans and attempts to sow dis- and misinformation about the very cultures that underpin every segment of civil society on this continent. There can be no excuse for a person of such immense privilege and responsibility not to know the full story. Demonstrably false denials of Native Americans’ place in modern society are deeply hurtful reminders of the callous and disordered treatment still directed at Indigenous people.

These efforts manifested in Christians’ treatment of thousands upon thousands of Indigenous Peoples, formally beginning in 1769 with Spanish Missions and extending into the 1980s, Native children were abducted and forced into boarding schools for “re-education.” Some Indigenous people will tell you this still happens today. It’s arrogant and hurtful to the continent’s first people to say there was “nothing here” while also working so vigorously and extraneously to eradicate thousands of robust and vibrant cultures full of millions of non-white people only to turn it around and say there was “nothing” in the first place.

Cherry-picking the parts of history we like is disinformation. We then teach this revisionist history to school children, making it part of their American identity. Our current identity crisis and battle for who may write history flows from those in power having done so with impunity repeatedly in the past.

The false claims furthered by Santorum, whether he was aware or not, are the same ones promoted by white supremacists who deny the contributions of non-white people. The overlap becomes further worrisome recalling that Santorum said it was “unfair” to ask former President Trump to condemn the Proud Boys, a violent white supremacist group that also holds that white people built the United States from nothing. These anti-Indigenous, white supremacist lies not only conflict with Santorum’s faith, but they are also unequivocally anti-American.

Rick Santorum is not saying that Native Americans never existed nor that they don’t have a place in American culture today but that white men have the power to strike them, and anyone else, from history at will and do so boldly. Those who do not have the courage to face the truth and to be a better version of ourselves, attempt to rewrite history. This is no exception.

History, despite its wrenching pain,

Cannot be unlived, but if faced

With courage, need not be lived again.

Desiree Kane is a Miwok two spirit, multimedia journalist, and a live-media event producer. Lately, she can be found producing an educational class series by and for Indigenous People called First Foods and boosting Indigenous communities through resources, programming, and platform development with Grinding Stone Collective, which she is a founder of. Read more about her journalism and documentary work at desireekane.com/about or commenting on Twitter @mrsocial.