Conservative pundits and elected officials have been pushing a “border crisis” narrative that lays blame exclusively on Biden. There’s just one problem: The facts say otherwise. 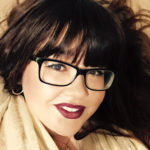 E Rosalie is an interdisciplinary scholar at the Johns Hopkins Bloomberg School of Public Health with a variety of interests: science policy, health security (public health + national security), and disinformation. She cultivates a range of experiences, and in the past year contributed to the HIT-COVID study published by Nature, volunteered on the Covid Tracking Project at The Atlantic, team-wrote a policy memo published in the Journal of Science Policy and Governance, and started a disinformation database called Hoaxlines via her science communication project, NOVEL SCIENCE.

Coordinated messaging, doctored videos, and misleading claims from even the highest of offices have left Americans with the task of sorting through what is true about the US-Mexico border. Conservative media pundits and members of Congress alike have seized upon the “border crisis” narrative, laying blame exclusively at the feet of the Biden Administration. The trouble with this story is it’s a work of fiction.

Rather than telling you what to think, let’s look at the numbers and examine some concrete realities the US must face.

The data from US Customs and Border Patrol shows that while we have a situation that requires attention, there have been far higher numbers in very recent history. We exceeded 144,000 encounters in the summer of 2019.

A crisis is a term that requires:

The definition is subjective. So is it a crisis? That’s up to you to decide.

Encounters Began Rising In May Of 2020

Republican leaders and pundits have asserted that the surges are the result of the current President, but the data show the President affects numbers very little and if anything, the situation may have been exacerbated by incompetence or by design.

Beginning the summer of 2020, encounters increased steadily. Starting in April of 2020 encounters rose until September when they reached a high not seen since 2019. Numbers leveled off from Sept of 2020 until Jan 2021. Rather than surging in response to Biden’s election, the numbers appear unchanged in the months following Biden’s election, which is to say this has been a problem for nearly a year.

It’s unclear why they failed to act when the numbers had been critically high since September of 2020, especially given the warning from the incoming administration. Azar is well-known for his role in delaying the early-pandemic response where he squandered much of January in 2020. Before that, he was a pharmaceutical lobbyist known for doubling the price of insulin to 10x the cost of the drug in Canada. This was in his former life as a pharmaceutical lobbyist.

Former President Trump enacted the “remain in Mexico” policy which led to migrant families and unaccompanied minors living in tent cities along the border. These encampments were often dangerous. Human excrement collected, forming an infectious disease breeding ground, and the stench made it difficult to breathe. Any of this might easily contaminate groundwater or rapidly spread disease among migrants, many of whom were and are children traveling alone. These same children might also be subject to sexual abuse, rape, and abduction. Some who came with parents were intentionally separated.

Video: Listen to children who’ve just been separated from their parents at the border

Biden ended child separation, the “remain in Mexico policy,” and stopped expelling migrant children on the basis of Title 42. These actions were an obligation for Biden who hopes to resurrect a country of law and order, where rules matter. All three changes ended what were likely human rights violations, which badly damaged the confidence other countries have in the US.

Internationally, these policies forsook our credibility as well as our soft power and influence. What US leader supporting the conditions in the tents along the US-Mexico border has room to criticize China for the Uighurs? The notion is preposterous and we have only succeeded in fooling ourselves.

The spike in January happens at almost the exact same spot that it happened in 2019. The data cast doubt on claims that the upticks have to do with the President in office, as it’s unlikely that people felt more welcome in Jan of 2019 than they did in 2017 and 2018.

Despite this, we saw a large increase. The evidence doesn’t show that either President Trump or Biden drove the surge of migrants, but if you argue one, it’s hard not to argue it for both.

Warmer weather following a year of pandemic-suppressed migration, an unexplained choice to delay responding to the increasing number of people, and the political tumult in South America are most likely responsible. The evidence not only fails to support that Biden is responsible for this, it directly contradicts that assertion.

The Magical Wall That Failed to Do Much At All

Analyses have repeatedly shown that a wall would be ineffective. This hasn’t stopped conservatives from embracing the idea and hemorrhaging money into the doomed effort. Far from a partisan opinion, an immigration policy analyst from the Cato Institute, a conservative think-tank rated highly for factual reporting but also highly for political bias, commented:

“Even if you get a sea-to-shining-sea wall, then people would just build ladders, ramps, and other ways — tunnels — in order to get around it,” Bier said. “It’s just not reflective of the reality, which is people will come if they want to come.”

Most experts’ issue with the wall never reaches an ideological discussion because the argument is flawed from the get-go. A wall never had the ability to secure the US border or halt illegal immigration–even if you were in favor of the purported goal. A wall is more a monument to ideology than border security. We know that walls tried in the US, Europe, and Asia have all failed.

The Harvard Business Review wrote about economic policy that could improve our situation, but this is far less symbolic or exciting when compared to the wall. Funds would be far more helpful if directed toward policies that work to remedy the problems in South America, specifically the ones in which the US has direct culpability. The current situation is one wrought by a years-long policy that failed from the moment it began, seeming only to inflict more cruelty and suffering without addressing the migrants who had little choice to flee north.

HHS commissioned a study in 2017 on the cost of refugees to the United States. The study, which leaked to the press, found refugees “contributed an estimated $269.1 billion in revenues to all levels of government” between 2005 and 2014 through the payment of federal, state, and local taxes. “Overall, this report estimated that the net fiscal impact of refugees was positive over the 10-year period, at $63 billion,” reported the New York Times.

The White House responded to the leak saying, “This leak was delivered by someone with an ideological agenda, not someone looking at hard data.” The White House never offered a refutation of the leaked numbers, which appeared to be accurately analyzed. In the 2018 budget proposal, the Trump administration cited the HHS study estimates, which found that refugees cost the government $3300 per year versus $2500 for the average American.

The proposal neglected any mention of return on investment, which is unusual for a cost-benefit analysis. No parties argue that refugees don’t cost more initially; they do. The critical point is that in the long term we see an economic benefit, something that bore out in the George W Bush Presidential Center research on immigration. The Center study reported:

We Have A Problem That We Need To Face

Far from too crowded, the US faces a dwindling population. The US is the least family-friendly country in the developed world. Notably having no guaranteed paid leave, expensive health insurance and services, expensive childcare, and the cost of education has risen at 8x the rate of wages, which have not kept up with inflation.

Opposition to everything from extending the length of public education to raising wages in step with inflation has been blocked. Strong opposition exists for nearly every possible way of making it easier or even possible to have a family. It seems unlikely that we will be able to further incentivize having more children enough to prevent dropping below population replacement. At that point, everything loses value - houses, commercial property, everything.

Even if we successfully incentivize it, we will still have a declining population problem, so it’s important that we understand what has driven that decline. If we get the cause wrong, we get the solution wrong too.

US Fertility Rate (1800 to 2020) compared to yearly abortions and abortions per live birth on a dual-axis.

Legalized abortion and contraception do not appear to be driving the lower fertility rate in the United States, and legislation to restrict abortion appears to have no influence on the rates. Especially when looking at the long-term trends and that of other countries, it’s clear we face a population decline.

We are doing a deep-dive into birth rates to explain how we know the rates aren’t related to either legalization or restriction of abortion and contraception. Subscribe and you’ll receive it in your inbox, along with the disinformation newsletter at Novel Science.

Bottom Line: The US birthrate has fallen enough that we may see economic decline down the road.

Unlike many other countries, we resolve this issue by accepting new citizens who sometimes require an investment before going on to pay more in taxes than is ever invested in them.

Immigration is a viable solution, perhaps the only solution. We must think critically about this issue that affects all Americans and root our decisions in sound evidence rather than emotion.

E Rosalie is an interdisciplinary scholar at the Johns Hopkins Bloomberg School of Public Health with a variety of interests: science policy, health security (public health + national security), and disinformation. She cultivates a range of experiences, and in the past year contributed to the HIT-COVID study published by Nature, volunteered on the Covid Tracking Project at The Atlantic, team-wrote a policy memo published in the Journal of Science Policy and Governance, and started a disinformation database called Hoaxlines via her science communication project, NOVEL SCIENCE. To follow her work, subscribe to NovelScience.Substack.com.