Could Cannabis Be One Of Our Best Weapons Against The Opioid Epidemic? 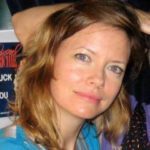 It’s been called the “epidemic of epidemics” for good reason: the opioid crisis is the deadliest drug scourge in US history. In 2016, 11.5 million Americans abused opioids, and another two million were fully addicted. 175 Americans fatally overdose on opioids daily. Experts predict that death toll will rise, and that the epidemic could kill more than half a million people in the next decade. A crisis of this magnitude requires action on multiple fronts: reducing the number of opioid prescriptions doctors write, increasing the availability of treatment programs, and ensuring healthcare workers have access to overdose antidotes. But Americans may be seeking out their own solution to both opioid dependence and the chronic pain that so often leads to addiction in the first place: cannabis.

Two recently released studies in the Journal of the American Medical Association (JAMA) found evidence that people who reside in states with easy access to medical marijuana are less likely to use prescription opioids. In one study, researchers relied on data from Medicare, and found a 14 percent reduction in opioid prescriptions in states that offer medical marijuana. In the second study, scientists using data obtained from Medicaid found that “medical cannabis laws are associated with significantly lower state-level opioid overdose mortality rates.” And these studies aren’t outliers: a 2014 study published in JAMA found that overdose mortality was 25 percent lower in states with medical cannabis laws than in prohibition states.

Skeptics were quick to point out that correlation does not equal causation — these studies didn’t necessarily prove a link between cannabis prohibition and increased opioid prescriptions and overdoses. But a Canadian study also found that medical cannabis patients are already using the plant as a substitute for prescription opioids, as well for as alcohol and cigarette dependence. With thousands dying and millions more suffering, many clinicians and patients aren’t willing to wait years for incontrovertibly conclusive data.

Some addiction centers are already incorporating cannabis into their treatment methodology: a Los Angeles recovery center called High Sobriety offers cannabis as a part of recovery plan from alcohol, cocaine, and opioid addiction. Founder Joe Schrank argues that the abstinence-only approach to addiction recovery does not work for everyone, that cannabis helps patients tremendously with detox, and that it can actually be an exit drug:

“We’re trading drugs that will kill people for a drug that will not kill people….Nobody overdoses using cannabis.”

One overdose prevention group in Vancouver has simply started offering free cannabis to addicts in the hopes of preventing overdose deaths. The program doesn’t have official sanction from the Vancouver authorities, but Sarah Blyth, founder of the Overdose Prevention Society, told Vice she and her fellow volunteers weren’t waiting for permission:

“We’re trying anything and everything because we’re tired of seeing people die.”

Cannabis may address one of the most challenging hurdles opioid addicts face: opioid withdrawal is agonizingly painful, and going “cold turkey” by simply quitting without some form of “step-down” medical assistance is virtually impossible. “It’s rare that people can spontaneously get through withdrawal. Most people begin using opioids again,” says Joshua D. Lee, an associate professor at the department of population health at the NYU School of Medicine. Research shows cannabis can help reduce the severity of opioid withdrawal symptoms, helping addicts kick the habit and reducing their likelihood of relapsing and fatally overdosing. “It helps tremendously with detox,” says Schrank.

Despite the promise of cannabis as a tool to help opioid addicts kick the habit and reduce new addictions, the concept still faces serious obstacles. Despite ever-increasing public support for ending marijuana prohibition, the Trump Administration and Attorney General Jeff Sessions remain staunchly pro-criminalization; Sessions (who infamously claimed “Good people don’t smoke marijuana”) actually rescinded an Obama-era policy of federal non-interference with states that legalized marijuana. Instead of appointing a prominent addiction or health specialist to head his opioid commission, Trump installed former federal prosecutor Chris Christie, signaling that this administration will keep treating the epidemic as a criminal and law enforcement issue rather than a health crisis. (Christie came under fire from watchdog groups for inviting New Jersey pharmaceutical executives to promote their own drugs and therapies to treat opioid addiction.)

Cannabis meets with hostility within the recovery community as well. Many experts feel that offering opioid addicts cannabis therapy just replaces one addiction with another, and scoff at the idea of marijuana as an exit drug. “A lot of 12-steppers and a lot of the recovery community sees marijuana as a gateway drug or as something that should be avoided,” one patient at High Sobriety told Leafly. Other medical professionals say there simply isn’t enough research to prove that cannabis can benefit opioid addicts. But the clinical studies necessary to provide hard evidence are extremely difficult to conduct, due to the continued federal classification of marijuana as a Schedule 1 drug (a category it shares with heroin, cocaine, and LSD — despite being significantly less deadly).

Such studies require approval from the Drug Enforcement Administration, which can take months or even years. The DEA rejected a petition to reclassify cannabis as a Schedule II drug (the category where opioids reside) in part because of a “lack of accepted medical use, and a lack of safety information.” Researchers looking to establish marijuana’s medical benefits must navigate a frustrating Catch-22: the same system that “appears to discourage research” will deny studies on the grounds that there’s not enough existing research to justify them.

In the meantime, more than 650,000 opioid prescriptions are dispensed each day in the United States, many of the 100 million Americans who suffer from chronic pain. Hanna Grol-Prokopczyk, a medical sociologist at the University at Buffalo, told Vox that simply reducing opioid prescriptions will not solve the pain epidemic in which the opioid crisis is rooted:

We need to invest in either figuring out how to prevent chronic pain or treat it in a way that doesn’t have all the deleterious effects of opioids….I want to make sure that we don’t just think, “Okay, let’s limit opioid prescriptions, and we’re all done.” Because the problem of chronic pain is going to remain.

Cannabis and its potential for helping both addicts and chronic pain sufferers absolutely requires more study, but as Schrank points out, we already have some basic facts in cannabis’s favor: “Nobody dies using cannabis alone,” he says. With drug overdoses now the leading cause of death for Americans under 50, medical experts and recovery specialists alike say it’s time to reevaluate the stigma around marijuana, particularly when we contrast it with the dangers of prescription medication: “With cannabis, you’re taking death off the table,” Schrank argues. “No one finds any kind of recovery if they’re dead.”