Can Americans’ Susceptibility To Fascism Be Measured?

After the Trump era, it's worth revisiting the 1950 study "The Authoritarian Personality" to enrich our understanding of the factors that drive fascism. 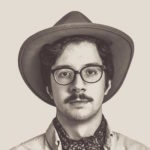 This is the final installment of my three-part series on the concepts and legacy of The Authoritarian Personality. In my first piece, I reflected on the study’s approach to conspiracy theories and conspiracy theorists in the radical right. The second piece unpacked the study’s definition of “pseudoconservatism” and argued that we could use this concept to understand the followers of QAnon. In this blog post, I examine the design of the famous “F-scale” and question whether it remains a helpful instrument for measuring new forms of “prefascist potential.”

The authors of the famous 1950 study The Authoritarian Personality (AP)—Theodor Adorno, Else Frenkel-Brunswik, Daniel J. Levinson, and Nevitt Sanford—hypothesize that it is possible to measure someone’s susceptibility to fascism. The general aim of AP is to demonstrate a strong correlation between psychological disposition and ethnocentric ideology. Participants in the study—mainly white, middle-class Americans in California and Oregon—filled out responses to anonymous questionnaires, which were ranked according to four distinct scales: the Antisemitism Scale, the Ethnocentrism Scale, the Political-Economic Conservatism Scale, and the Fascism Scale (the F-scale).

Whereas the first three scales gauged the participants’ explicit political and ideological attitudes or “surface opinion,” the F-scale was designed to categorize the “implicit prefascist tendencies” that constitute the “potential fascist.” In his introduction to the new 2019 edition of AP, Peter E. Gordon praises the F-scale as the study’s “most innovative and significant feature.” In this blog post, I examine the design of the F-scale, consider some relevant criticisms of AP and ask whether it remains a useful guide for studying contemporary forms of potential fascism.

The F-scale consists of nine variables that the authors regard as characteristic of the authoritarian personality: a) conventionalism, a rigid and unthinking adherence to middle-class values; b) submissiveness, an exaggerated need to submit to in-group authorities; c) aggressiveness, a tendency to seek, condemn, and punish transgressions of in-group values; d) anti-intraception, a disdain for introspection, imagination, and tenderness; e) superstition and stereotypy, a proclivity for interpreting events in supernatural and/or reductive terms; f) power and toughness, a preoccupation with the leader-follower relation and a desire to identify with strong authority figures; g) destructiveness and cynicism, a generalized contempt for others and a drive to inflict random violence; h) projectivity, a proneness to project unconscious emotional urges and perceive the world as ‘wild’ and ‘dangerous,’ and i) sex, a prurient and puritanical obsession with sexuality.

According to the authors, each variable is an outward manifestation of an inner psychological condition called ego weakness: “an inability to build up a consistent and enduring set of values within the personality.” Weakness in the ego expresses itself in a zealous attachment to outside agencies (known in psychoanalysis as an “externalized superego”) and a failure to regulate aggressive impulses. In this sense, the weak ego is vulnerable to fascist propaganda that promises to satisfy its hunger for power and that diverts its feelings of frustration and aggression towards minorities. The F-scale, as the authors conceived of it, was an instrument for uncovering and quantifying this unconscious antidemocratic potential.

How did the authors apply the F-scale in their empirical research? They included thirty F-scale items or statements in the questionnaire, such as “Familiarity breeds contempt” and “An insult to our honour must always be punished.” Each item was carefully composed to be indirect (not linked to explicit fascist ideology), balanced between irrationality and objective truth (not too outrageous to be dismissed immediately), and tied to the structural unity of the scale (related to multiple variables of the scale).

Participants were asked to number their level of agreement or disagreement with a statement. Those who agreed wholeheartedly with the claim that “People are divided into two distinct classes: the weak and the strong” scored higher on the F-scale for Superstition and Stereotypy and Power and Toughness. When the authors compared the results from the questionnaires, they found a firm correlation between ethnocentric beliefs and high-scores on the F-scale. Consequently, they felt confident that there was a significant correspondence between receptivity to fascist propaganda and psychological disposition.

Since the publication of AP in 1950, the F-scale has been a common target of criticism. The sociologist John Levi Martin derides the F-scale as an “asymmetrical interpretative strategy” that mistakes a common statistical group—the high-scorers—for a real social type. As Martin puts it, the F-scale was merely “an agonistic attempt to ‘trap’ the Highs” into agreeing with objectionable sentiments that were only vaguely connected to fascist ideology. And so, Martin judges that the methodology of the study was hopelessly flawed and biased.

Other critics dispute the notion that susceptibility to fascism derives primarily from one’s psychological disposition. The social psychologist Michael Billig senses that the F-scale downplays “the political and economic elements of fascism and prefascism” that give rise to reactionary mass movements. Similarly, Christian Thorne asserts that the general premise of the F-scale—that an unconscious wellspring of prefascist urges leads to fascist regimes—assumes that there is no “philosophical or doctrinal path to fascism.”

Other scholars think that AP’s psychoanalytic approach to fascism is worthwhile, yet object to some of the categories that inform the design of the F-scale. For instance, Benjamin Y. Fong contends that ego weakness is an inaccurate characterization of the potential fascist’s psyche. What Fong offers as an alternative is the concept of superego weakness: a lack of inner balance between wild projective fantasies and a stubborn adherence to a fixed reality. Such a lack means that the potential fascist is unwilling to interrogate or reflect on their own values, beliefs, and prejudices. Instead of maintaining an inner dialogue with themselves, they may seek comfort and validation in the echo chambers of Far Right agitators.

The items and variables of the F-scale may be tailored to the context of 1940s America, yet AP can continue to inform theorizations of potential fascism in the twentieth-first century. As Fong’s work demonstrates, we can acknowledge the limitations of the F-scale and retain a certain notion of prefascist tendencies. Researchers of the radical right may want to develop and adapt this expansive concept of prefascist tendencies to understand why certain groups are more susceptible to new forms of online and offline radicalization.

As Gordon notes in his 2017 essay “The Authoritarian Personality Revisited: Reading Adorno in the Age of Trump,” AP represents “one of the most significant attempts to correlate political ideology with psychoanalysis.” Each of my blog posts on AP has been an effort to demonstrate the possibilities and advantages of this psychoanalytic approach to fascism and the radical right.

For instance, the method of Adorno’s critical typology—a consummate synthesis of sociological research and psychoanalysis—can generate sharp analyses of the social conditions and psychological impulses that shape forms of conspiracy thinking, far-right apocalypticism, and fascist movements. As I conclude this three-part series, I hope that these brief introductory pieces will encourage others to revisit AP to enrich their conception of fascism.