Fascism isn’t new to Latin America, and neither is the radical right. 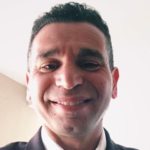 Presidential candidate Jair Bolsonaro is taken on the shoulders of a supporter moments before being stabbed during a campaign rally in Juiz de Fora, Brazil, Thursday, Sept. 6, 2018. He survived. (Antonio Scorza/Agencia O Globo via AP)

Jair Bolsonaro, a former military officer, is the newly elected President of Brazil and one of the most right-wing politicians in power in Latin America in decades. He thus joins the radical right-wing surge of politicians around the globe from Presidents Orbán (Hungary) to Trump (United States of America). Bolsonaro has defended the military dictatorship of Augusto Pinochet and suggested that the Brazilian military dictatorship should have tortured less and killed more people. He has made homophobic slurs; attacked same-sex marriage; and advanced anti-immigrant views (especially in relation to Haitians). His campaign slogan was the following: “Brazil above everything and God above everyone.” He has been called a “Trump of the tropics” and even been dubbed a “fascist” by a German press outlet.

Aside from his many controversial statements as a rather obscure Brazilian member of the Chamber of Deputies since 1991, we have few clues about whether Bolsonaro will fit the “fascist” label. His campaign focus on stamping out the twin ills of crime and corruption could easily make him a more traditional conservative.

All this begs the question why have academics devoted so little time to the radical right in Latin America? I want to suggest two reasons: 1) Latin Americans intellectuals have historically identified with and written about the left; and 2) The radical right has been mistakenly viewed as a merely European phenomenon. I first begin by showing that there has been a radical right-wing tradition in Latin America. I then tackle the two aforementioned points.

Bolsonaro is not the first radical right-wing politician in Latin America. The historian of fascism Stanley Payne suggested that there were fascists outside of Europe, including Saddam Hussein’s Ba’athist Party in Iraq and Juan Domingo Perón, the President of Argentina three times from 1946-1955 and 1974-1975. These fascists met most of the characteristics of fascism. This was especially significant as the Perón regime was in power after World War II when the epoch of fascism had supposedly ended and it emerged outside of Europe.

To be sure, Roger Griffin notes that there were fascist and Nazi-like movements in the inter-war years in Chile, Brazil, and even Mexico. Along with Jorge González von Marées, Carlos Keller created the National Socialist Movement of Chile. The movement was called Chilean nacismo and it initially mimicked and eventually veered away from the German Nazi model. Like all fascists, it wanted to destroy democracy and longed for a modernizing dictatorship. Keller’s book La Eterna Crisis Chilena (The Eternal Chilean Crisis) (1931) insisted that Chile faced cultural and economic crises because it never fully adapted Western models and merely superficially imitated them. It thus belonged to a fascist tradition that saw crises within the nation and longed for what Griffin called a “palingenetic populist ultra-nationalism” and charismatic leader that would allow the nation to be reborn like a phoenix from its multiple crises. The Nacis attempted a coup in 1938, which led to Keller’s arrest and the murder of some of its supporters.

Across the Andes, an even larger fascist movement flourished in Brazil. It was created in 1932 and led by the politician and writer Plínio Salgado. Although it held some anti-Semitic views, it modeled itself on Italian Fascism and distanced itself from Nazism because Salgado rejected racism. Its slogan was the “Union of all races and all peoples.” In Mexico, a fascist named José Vasconcelos believed that the Mexicans were a superior “cosmic race” and that Hitler and Mussolini inspired and “liberated” with their totalitarian models.

If we add the Argentine, Chilean, and Brazilian military dictatorships of the 1960s to 1980s, we have another radical right-wing tradition that was anti-liberal and vehemently anti-communist. These regimes were more traditionalist and Catholic compared to the fascists. A more radical Catholic tradition emerged in Mexico in the 1920s known as the Cristeros, or the “fighters for Christ.” These radical Christian right-wingers rejected the secular provisions of the 1917 Mexican Constitution. The historian Jean Meyer estimates that 90,000 people died in the Cristero Wars of the period, as the savagery of the “fighters for Christ” was matched by the blood-thirsty violence of the secular Mexican state.

At the outset, I noted that the right, in general, is understudied in Latin America. James David Bowen notes that the Right has been understudied in Latin America as researchers have often focused on and identified with the popular and social justice aspirations of the Left. As the various historical tendencies of the right mentioned earlier show, this is a mistake of the Left. The Left should in reality study that Right if it wants to defeat it. With the rise of the neo-liberal right in Chile (the model for neo-liberalism in the region) and Peru, among other countries, another right-wing tradition can be identified in Latin America. As an example of the dearth of literature on the radical right in Latin America, the recently published Oxford Handbook of the Radical Right edited by Jens Rydgren has chapters on most countries in Europe, Russia, Japan, Israel, Australia, and the United States of America, but it contains no pieces on any countries in Latin America. Such an omission suggests that a gap needs to be filled by writing a history of the Right and in particular radical right in Latin America.

As fascism was a phenomenon born in Europe in the inter-war years, we mistakenly believe that fascism was merely European. Yet, there have been Argentinean, Brazilian, Chilean, Iraqi, Israeli, Japanese, and Turkish variants of fascism. It is thus no accident that Latin America has a number of different radical right-wing traditions. Thus, Bolsonaro does not emerge from a vacuum and is poised to continue an important radical right-wing tradition in Latin America.

Dr. Tamir Bar-On is a Professor-Researcher in the School of Social Sciences and Government, Tec de Monterrey, Mexico. Bar-On has written four books on themes as diverse as the European New Right and football (soccer) and politics. He is also a Senior Fellow at the Centre for the Analysis of the Radical Right.