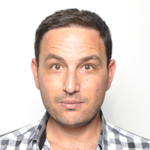 Dr. Ariel Koch is a postdoctoral researcher at the Lauder School of Government Diplomacy and Strategy, at The Interdisciplinary Center (IDC), Herzliya, and a Senior Fellow at the Centre for the Analysis of the Radical Right (CARR). Dr. Koch’s research focuses on transnational violent extremist ideologies and movements.

On February 2, 2021, Austrian authorities arrested a 36-years-old musician and rapper known as “Mr. Bond” for promoting neo-Nazism and inciting violence. Inspired by attacks against Jews and Muslims in the United States and New Zealand, Mr. Bond has released a song that praised the Pittsburgh synagogue shooter, the Poway synagogue shooter and the Christchurch mosques’ shooter and called to follow them.

Moreover, one of Mr. Bond “songs” – which are actually covers of famous, popular songs – was played during the live-streamed video of the attack on a synagogue in Halle, Germany, in October 2019. This incident, as many other plots and successful attacks by far-right extremists in North America, Europe and Australia, contains a musical component.

Music, as many scholars and researchers have noted, has played an important role in the construction of a transnational white supremacist movement and identity. As sociologists Pete Simi and Robert Futrell have observed, “music is an integral part of the white power movement,” used “to convey ideas about [white supremacist] righteous struggles, focus movement activities, and unite racists in Aryan free spaces, which range from parties to bar shows and festivals to music websites.” Kirsten Dyck, who studied this music scene, came to the conclusion that the “white power music web has developed as a transnational phenomenon in recent decades,” and that the internet has played a crucial role in this process.

While most of the studies about white power music focus on genres that range from folk-music to rock, and heavy metal to National Socialist Black Metal (NSBM), little attention has been given to rap and parody. However, in recent years, white supremacists are using almost every popular genre of music to promote their worldviews, to recruit others, and to mobilize them to action.

These “new” white power protagonist musicians, which hide behind different names, produce the soundtrack of the rise of contemporary transnational far-right. Mr. Bond was one of the most popular musicians, but there are many others that do exactly what he did: inciting racially motivated violence through parody and rap; and expressing their hatred and violent fantasies publicly and openly. And because they operate online, they can hide their real identity better than ever, thus remaining uncountable for their words and deeds.

Mr. Bond has produced five full albums by the time of his arrest: the first in 2015 and the last in 2019. All of them contain songs with lyrics that justify, legitimize, and incite white supremacist violence. Album covers feature Adolf Hitler, neo-Nazi imagery, and white supremacist terrorists. Mr. Bond did not limit his activism to producing racist songs and was also in contact with other like-minded individuals.

As reported by The Guardian, the neo-Nazi musician was also active online, where he “had been calling on members of neo-Nazi online forums and chat groups to carry out terrorist attacks for several years.” If his music made him famous among white supremacists, his arrest turned him to “saint”; to someone who allegedly sacrificed his freedom, his life, for the greater cause – like the white terrorists I mentioned above, who are nowadays regarded as “saints” and martyrs that should be followed.

How popular was Mr. Bond among white supremacists? An indication of his popularity can be found in the reactions that followed the reports about his arrest. Indeed, the news about his arrest were shared on multiple platforms by his fans. Some white supremacists published messages in solidarity with the musician. For example, Nordisk Radio, the official radio program of the Nordic Resistance Movement – Scandinavia’s largest neo-Nazi organization – has played a tribute to Mr. Bond, denounced his arrest, and discussed his importance.

Another example can be found in one of the Telegram channels that shared Mr. Bond’s music, where the administrator wrote that,

It should be no secret that I am a massive adorator of his work and the immense influence he has had on our community. Mr. Bond represents the creativity and determination of National Socialists across Europe and the Western world.
He has shown us a glimpse into a better world where we are unchained and our views are expressed in its entirety.
His music is nostalgic for when our numbers only began to swell and tons were discovering his tracks on Youtube among informative videos and National Socialist entertainment that led to a deeper understanding.
He has also shown the power of (true) underground music and facilitating the topics of National Socialism in a musical medium.

The author of this message also called not to forget Mr. Bond: “Let his memory, and the legacy of our National Socialist rapper, and more importantly – BROTHER, never fade from our memory.” He signed the message with “HEIL BOND.” One 4chan user wrote that if Mr. Bond will be held accountable for his words, so it should applied to non-racist rappers: “so apparently the austrians are trying to pin the pathetically failed German synagogue shooting on mr bond for singing anti-semitic songs. so by that rationale they will be arresting all of NWA for every crack deal and cop killing,” he wrote, adding that “in fact if this could be used to stick every disgusting black rapper in jail for inciting crime then I’m sure Mr bond will think it was worth it and so will I but it’s not likely to happen with this two face double standard justice system in the world.”

Following his arrest, Mr. Bond’s fans launched a campaign to collect donations and assist him “in legal defense and commissary items,” with the end-goal of setting him free. This campaign, which is promoted via a designated website that describes Mr. Bond as a “political prisoner of ZOG [Zionist Occupation Governemt]”, has been shared on different white supremacist online accounts and channels, as well as on different known social media platforms, and it collects donations with Bitcoin and other payment forms.

Moreover, the rapper’s fans start using the hashtag “#freemrbond” to express their support to Mr. Bond and denouncing his arrest, or to share his discography and music. Although the trial has yet to begin, the arrest of Mr. Bond might signify that Western authorities are changing their attitude towards this relatively new genre of white power music, which has gone almost unnoticed in the past few years.

Dr. Ariel Koch is a postdoctoral researcher at the Lauder School of Government Diplomacy and Strategy, at The Interdisciplinary Center (IDC), Herzliya, and a Senior Fellow at the Centre for the Analysis of the Radical Right (CARR). Dr. Koch's research focuses on transnational violent extremist ideologies and movements.